NASA shared a video of an astronaut throwing debris into space on its Instagram page today and channeled the motto of Netflix cleaning sensation Marie Kondo.

The clip shows Luca Parmitano tossing a debris shield into space after removing it to fix the Alpha Magnetic Spectrometer (AMS) on the International Space Station last week.

‘Did this debris shield spark joy? Sometimes you need to let go of what no longer serves you,’ the American space agency shared in the post.

Parmitano simply let go of the shield and it gracefully floated away from the ship – it will eventually disintegrate in the upper atmosphere.

He and fellow astronaut Drew Morgan again ventured outside the ISS to resume repairs on device this morning, which has analyzed more than 148 billion of cosmic ray events.

Apparently the debris shield ‘did not spark joy’, as NASA shared a video showing Luca Parmitano tossing it into space because it would not fit aboard the craft

Italian astronaut Parmitano of the European Space Agency and Morgan of NASA, who commands the ISS’ current Expedition 61, performed the first AMS servicing spacewalk on November 15.

That spacewalk lasted six hours and 39 minutes, but much more work was required to repair the failing cooling system on the $2 billion cosmic-ray detector – at least four sessions will be needed.

‘We’re going to perform what could be considered open-heart surgery on this amazing experiment,’ Parmitano said before the 15h extravehicular activity (EVA).

‘It’s a combination of things that makes this EVA so challenging. You have certainly an access problem … AMS is in a remote area without handles or locations to hold onto, because it was not made to be repaired [on] EVA.’ 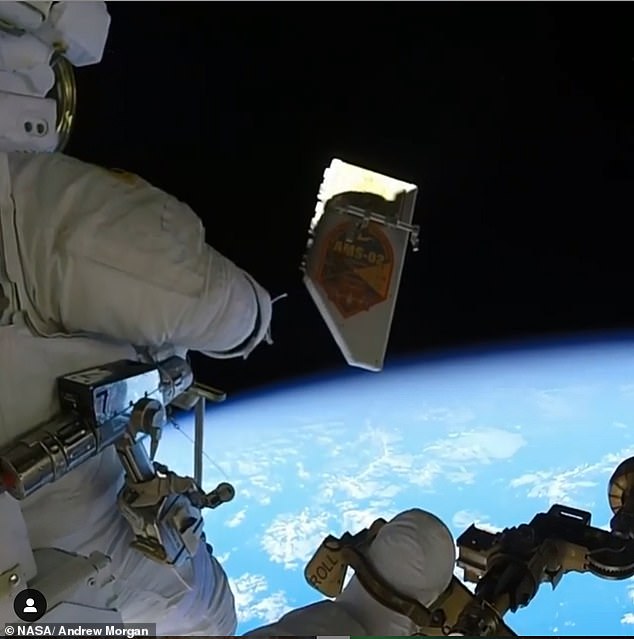 Parmitano and a fellow astronaut will again ventured outside the ISS to resume repairs on device, which has analyzed more than 148 billion of cosmic ray events 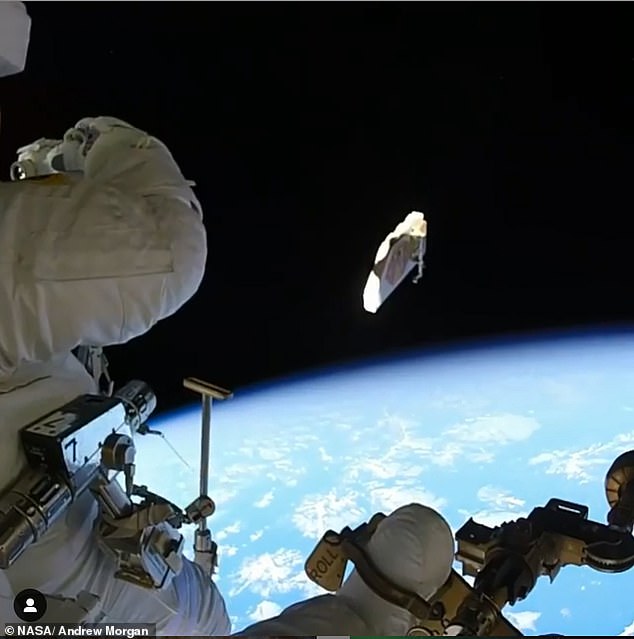 NASA shared the short clip from last Friday on its Instagram page today, which read: ‘Did this debris shield spark joy?⁣ Sometimes you need to let go of what no longer serves you’ 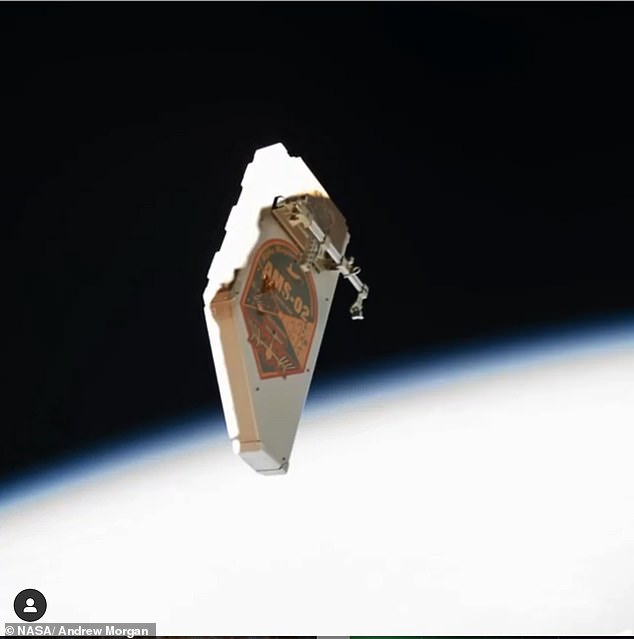 It took them nearly two hours to get to the instrument and start removing a protective shield, one fastener at a time, to gain access inside.

NASA considers these spacewalks the most difficult since the Hubble Space Telescope repairs a few decades ago.

Unlike Hubble, the spectrometer was never meant to undergo space surgery.

After eight years in orbit, its cooling system is almost dead.

This morning the team started another six hour and 30 minute spacewalk – making it the tenth one this year. 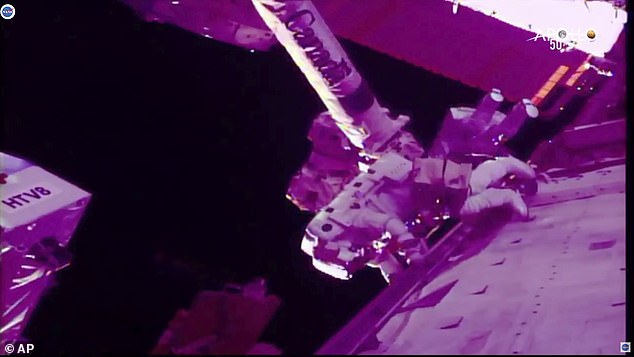 Luca Parmitano and fellow astronaut Drew Morgan again ventured outside the ISS to resume repairs on device this morning (pictured), which has analyzed more than 148 billion of cosmic ray events

The AMS, which weighs 7.5 tons, is located on the side of the orbiting laboratory and has been hunting for dark matter since 2011, Space.com noted.

Today’s outing will build on the progress above and prepare power and data cables for an incoming coolant pump module. 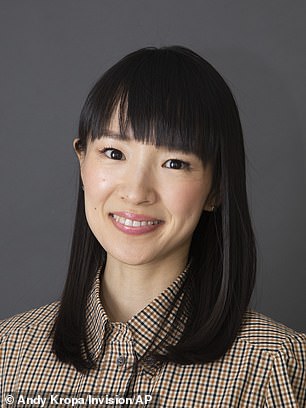 Netflix sensation Marie Kondo (pictured) is know for her show ‘Tidying  Up’, which helps people learn how to organize their homes

A third spacewalk, which is scheduled for Dec. 2, will involve attaching the new pump module and modifying new coolant lines.

The fourth spacewalk doesn’t have a set date yet, but it will wrap up this work and take note of follow-up procedures that may be needed for the AMS.

Delivered to orbit by Endeavour in 2011 on the next-to-last space shuttle flight, the $2 billion spectrometer is hunting for elusive antimatter and dark matter.

The huge spectrometer – 16 feet by 13 feet by ten feet, with a mass of seven tons – was designed to operate for three years.

By installing four new and improved coolant pumps, the astronauts can keep it working throughout the life of the space station, or another five to 10 years.

Man Utd, Liverpool, Arsenal and Chelsea to be impacted by new...

Bitcoin top signal from 2017 reappears, but here’s why it may...