More patients are dying from sepsis than anticipated at 28 NHS trusts in England, MailOnline can reveal.

Deaths from the silent killer at Tameside and Glossop NHS Foundation Trust are 38 per cent higher than expected over the past six years.

In real terms, 517 patients died from sepsis – a violent immune response to an infection – at the trust in Ashton-under-Lyne, well above the 373 deaths expected.

The NHS denies excess deaths are necessarily avoidable, saying the rate given for each trust is based solely on a national average.

Officials argue data a higher than expected number of deaths at any trust is just a ‘smoke alarm’, and not proof of poor care.

The data comes as the heartbroken family of an economics student have told how she died suddenly of suspected sepsis.

Millie Wyles died on August 21 at St Thomas’s Hospital after medics desperately battled to save her for four days.

Deaths from the silent killer at Tameside and Glossop NHS Foundation Trust are 38 per cent higher than expected. In real terms, 517 patients died from the violent immune response to an infection at the trust in Ashton-under-Lyne, well above the 373 deaths predicted

The report looks at the number of fatalities observed, compared to what would be expected according to national averages.

It compares the overall number of deaths from an array of conditions, including sepsis.

Eminent hospital death rates professor, Sir Brian Jarman, crunched the statistics together for each NHS trust in England over the past six years.

Data showed there were 117,439 recorded deaths with sepsis listed as the primary diagnosis in hospital or within 30 days of discharge between April 2013 and March 2019. NHS Digital says this may not necessarily be the cause of death.

There were around 3,750 more of such deaths than expected across all 28 of the trusts that recorded an excessive number of fatalities.

Dr Daniels added: ‘The figures are a cause for potential concern at the 28 trusts who seem to have a higher than average recorded mortality rate.

‘It’s important to note that practices in coding vary between hospitals, so this doesn’t necessarily mean all the hospitals named are worse than others.

WHAT ARE THE 28 TRUSTS WHERE MORE PEOPLE ARE DYING THAN EXPECTED FROM SEPSIS?

% is above national average

‘But those trusts need to urgently examine their practices, their coding and identify whether there is a real cause of concern.’

East Kent Hospitals University NHS FT recorded the most excess sepsis deaths (416), with rates being 18.2 per cent higher than expected.

NHS England said official data shows there were fewer observed deaths than was expected in 2018/19.

Sepsis, known as the ‘silent killer’, strikes when an infection such as blood poisoning sparks a violent immune response in which the body attacks its own organs.

It is the leading cause of avoidable death, killing at least 44,000 a year, and the Daily Mail has long campaigned for more awareness.

If caught early, the infection can be controlled by antibiotics before the body goes into overdrive – ultimately leading to death within a matter of minutes.

But the early symptoms of sepsis can be easily confused with more mild conditions, meaning it can be difficult to diagnose.

The NHS states it is ‘inappropriate’ for trusts to be ranked on their SHMI, and that an excess death count only warrants the need for further investigations.

Sir Brian did not take into account data from 20 trusts to name the worst offenders due to them not having data for the full six years.

A similar process helped uncover poor care at the Mid Staffordshire trust, one of the biggest scandals to ever hit the NHS.

However, the NHS uses another method, called overdispersion, which gives trusts slightly more leeway in terms of recording deaths.

Under that system, a trust is regarded as having a higher than expected number of deaths only if its SHMI is about 12 per cent or more above the national average.

In contrast, the Byar’s method is used internationally and classifies a much higher proportion of trusts as being significantly above the national average.

The NHS had used the internationally recognised Byar’s confidence intervals in the past.

A Department of Health and Social Care spokesperson said: ‘Sepsis is devastating but good progress is being made on identifying suspected cases and improving outcomes across the NHS. 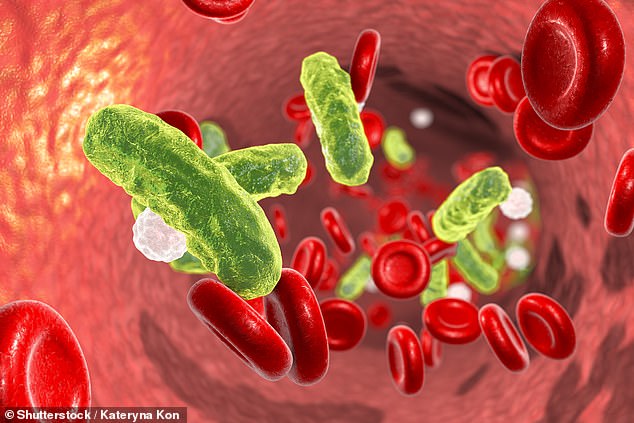 Sepsis, known as the ‘silent killer’, strikes when an infection such as blood poisoning sparks a violent immune response in which the body attacks its own organs 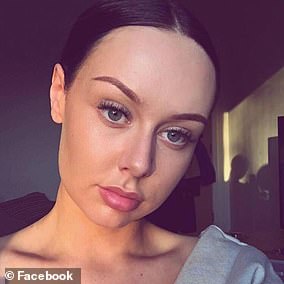 An economics student with ‘her whole life ahead of her’ has died suddenly of suspected sepsis just days after experiencing flu-like symptoms.

Millie Wyles, was admitted to Medway Maritime Hospital A&E after being sent home from work when she started feeling unwell.

The 21-year-old, who was studying at the University of Essex, was then rushed to St Thomas’s Hospital in the early hours of Saturday August 17.

Medics battled to save the student who had organ failure, but she died four days later.

Her heartbroken family have now paid tribute to the ‘kind’ economics student.

Her mother, Annie Wyles, from Sheerness, Kent, told Kent Online: ‘She went to work and came home during the week and then she decided she wanted to go to A&E.

‘They didn’t know if it was some sort of chest infection but needed to oxygenate her blood to boost the white blood cells.

‘SHMI data is one of a range of measures used by independent inspectors to rigorously monitor the quality and safety of care our hospitals provide to patients, and they do not hesitate to intervene if they have concerns.’

‘And in the past few years, as the NHS has become more effective at spotting the infection quickly, although more cases are being recorded, the chances of dying from sepsis have fallen.

ARE SOME HOSPITALS WAITING TOO LONG TO DISH OUT DRUGS?

NHS patients’ lives may be put at risks because hospitals are taking too long to give antibiotics for patients battling suspected sepsis, experts warned in July.

As many as one in four people thought to have the life-threatening illness are having to wait more than an hour before being treated to prevent it.

The health service says it’s crucial to take no more than an hour to give life-saving medication to anyone who may have sepsis, which can cause organ failure.

But an investigation by the BBC found some hospitals leave more than half their patients waiting longer than this.

‘This progress will be boosted by our NHS Long Term Plan, which commits emergency departments to spotting the condition more quickly, will help patients get the right treatment at the right time and reduce avoidable use of antibiotics, to keep them as effective as possible in the future.’

Dr Neill Hepburn, medical director at United Lincolnshire Hospitals NHS Trust, said: ‘We remain committed to ensuring we provide the highest possible standard of care to all our patients.

‘We now employ dedicated sepsis nurses as well as placing sepsis boxes in departments where patients are most often identified with having the condition, so that they can be treated quickly.’

‘And we are pleased to report that our Summary Hospital Mortality Indicator (SHMI) – as independently reported – is classed as in the “as expected” range and is lower than it has been for several years.

‘Our medical audits show the Trust now performs well in terms of rapid administration of antibiotics and fluids for life-saving treatments for those patients suspected of having sepsis.

‘This is very reassuring for our patients, and confirms the considerable steps we have taken.’

A spokesperson added: ‘The elevated septicaemia mortality figure is not related to the quality of care provided.

‘The Trust applies the latest Department of Health guidance relating to the coding of septicaemia, so that only the very sickest patients are included in this group.’

A spokesman for East Kent Hospitals Trust said: ‘Figures for all deaths across the Trust are regularly monitored at Board level.

‘East Kent’s population has a high number of elderly people with complex health issues compared to the England average and our mortality figures reflect these demographics. Our figures are within the expected range.

‘We monitor clinical standards for screening and treating patients for potential sepsis or septicaemia in our hospitals, and our standards are good.’

Older mothers who have caesarean are THREE TIMES more likely to...

Another good reason to get good night’s sleep: You are more...