Shortened breath, muscle loss and a risk of diabetes: The shocking reality of what REALLY happens to your body if you stop exercising for a month

Everyone knows that exercising can improve your health.

Whether it’s a gruelling workout session or a light jog around the block, it’s important to fit in some exercise into your busy schedule.

But what really happens to your body when you take a complete break from your standard exercise pattern for an entire month?

Sporteluxe writer Michelle Pellizzon, from Los Angeles, took up the challenge to see how her body would react when she stopped exercising for four weeks – and the results may surprise you. 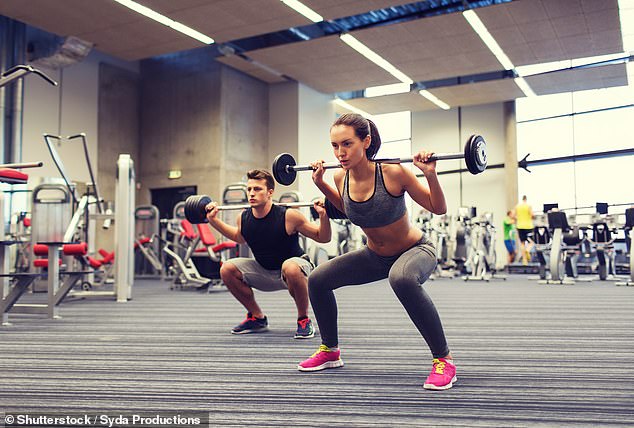 Sporteluxe writer Michelle Pellizzon, from Los Angeles, took up the challenge to see how her body would react when she stopped exercising for four weeks (stock image)

During the course of a month, Michelle set herself four simple every day tasks to follow – sleeping, eating, meditating, and watching Netflix.

After completing her first week, she said there was nothing different about her body but she did notice an instant shift in her concentration at work.

Michelle explained that skipping just one day of exercise can leave you feeling anxious or grumpy.

After two weeks of no exercising, Michelle said she could ‘feel’ herself being out of shape because her VO2 max had declined.

The VO2 max measures how much oxygen the body is able to take in – and how well the lungs and heart can transport oxygen to tissues.

She said she found herself out of breath simply after walking up a flight of stairs. 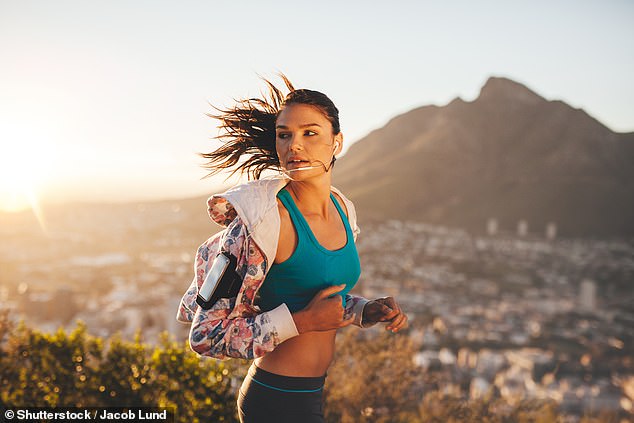 Whether it’s a gruelling workout session or a light jog around the block, it’s important to fit in some exercise into your busy schedule (stock image)

So if you spend 14 days resting, you will lose your cardiovascular endurance by about 10 percent and then up to 15 percent after a month off.

When Michelle reached her four-week mark, she said she started to see changes in her body such as weight gain.

‘As your muscle mass decreases from atrophy and lack of use, fat mass increases,’ she said.

‘Instead of using sugar (or glucose) to power movement and exercise, your muscles will begin to convert sugar to fat and store it in the body.’

Eventually, this can cause insulin resistance, which puts you at a greater risk for Type 2 diabetes, chronic inflammation, and a host of illnesses and ailments.

Trendy sunflower and tahini butters recalled over Listeria fears in 10...