Sami Mokbel for the Daily Mail

Maurizio Sarri held a training ground inquest with his players on Monday as Chelsea’s season hangs in the balance.

Sportsmail understands the Italian still holds support from the majority of the Blues squad.

But some players are privately questioning some of Sarri’s decisions, namely playing best player Eden Hazard out of position. 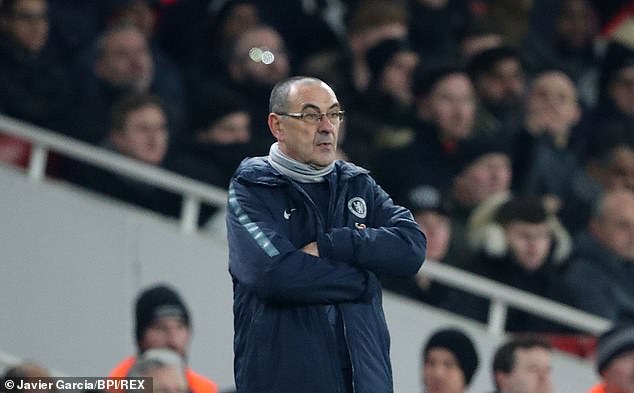 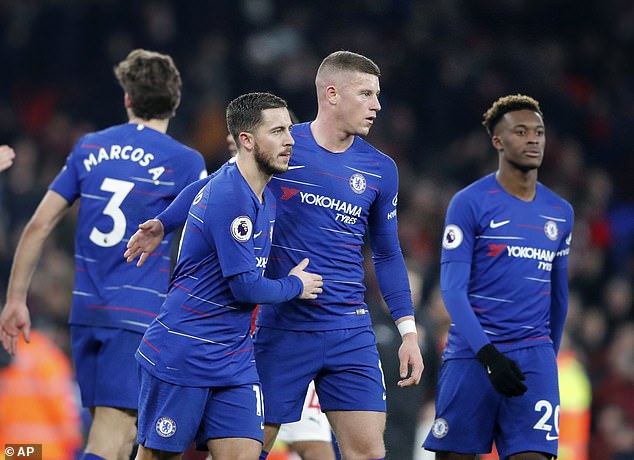 After Saturday’s disappointing 2-0 loss to Arsenal, players and staff held a clear-the-air meeting at the club’s Cobham HQ on Monday in an effort to put their season back on track.

Part of the discussions looked back at the loss to Arsenal, but Sarri insisted it was important for the squad not to dwell on the weekend disappointed in an effort to nurture some positivity going into an important week.

But Sarri, who made it clear he wants to see a shift in mentality from his side, has demanded a response from his team, starting in Thursday night’s crucial Carabao Cup semi-final second leg clash against Tottenham, where they will look to overturn a 1-0 deficit.

For now, most of the Blues squad are said to be behind Sarri, despite the manager publicly criticising his team following their loss at the Emirates Stadium.

But there is some bemusement over Sarri’s decision to utilise Hazard – Chelsea’s most potent attacking threat – in a false nine position in recent weeks rather than his preferred role out wide. 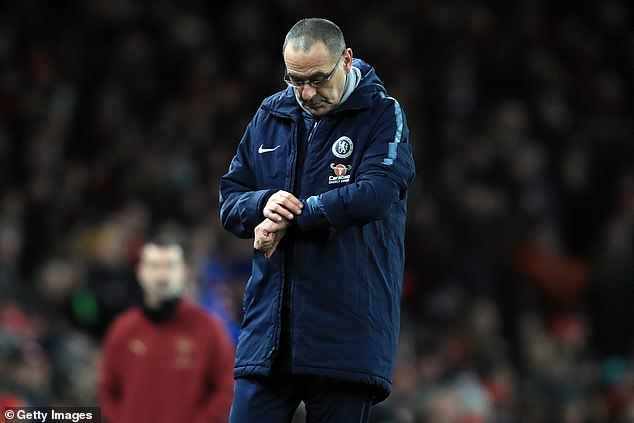 After the 2-0 loss at Arsenal, Sarri publicly tore into his players, questioning their mentality 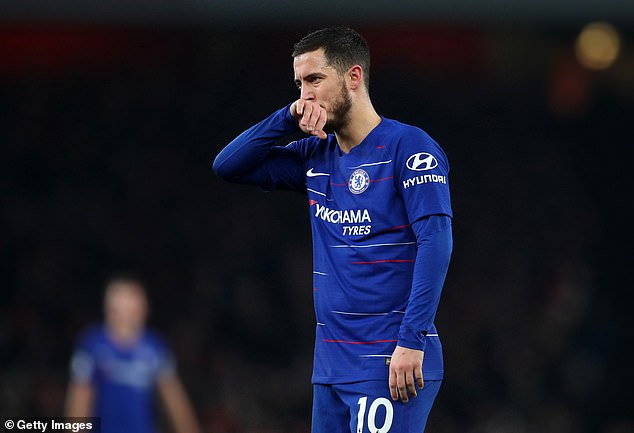 Recognised centre-forward Olivier Giroud has come off the bench in the last three of Chelsea’s fixtures – but there is a feeling the Frenchman deserves a chance to play in the No 9 role which would allow Hazard to revert back to his favoured position.

The imminent arrival of Gonzalo Higuain, on an initial loan deal, from AC Milan will present Sarri with the opportunity to move his brilliant Belgian back out wide.

But Chelsea are in a race against time to complete the deal in enough time to have the Argentine available to face Tottenham.

Misfit striker Alvaro Morata is set to join Atletico Madrid in the next 24 hours which should see Chelsea complete the move for Higuain.

The former Real Madrid striker’s move to Stamford Bridge is likely to spark a significant investment during the current and summer transfer window amid concerns they will be hit with a lengthy transfer ban. 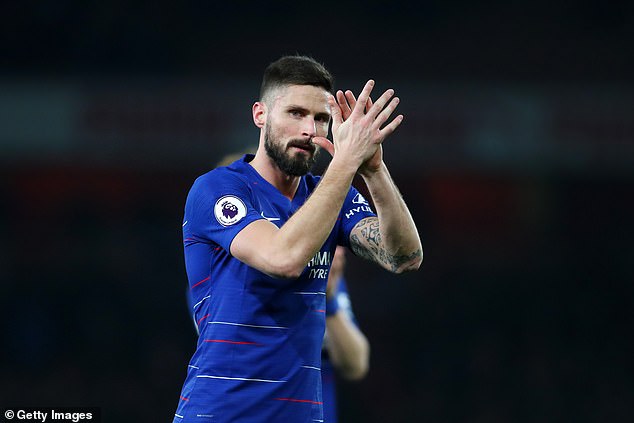 The Blues face being prohibited from swooping for new players amid a FIFA investigation into allegations they breached rules on signing under-18 foreign players.

Sources claim Chelsea can expect a minimum transfer embargo of two windows. If such a punishment is meted out before the end of the season, Chelsea are expected to appeal the ruling via the Court of Arbitration for Sport.

Such a move would delay the start of the transfer ban meaning the summer transfer window would be potentially be Chelsea’s final opportunity to improve their squad for 12 months.

And with that in mind Chelsea, who have already confirmed the summer arrival of Christian Pulisic from Borussia Dortmund, are gearing up for a significant summer spend as a result of their impending ban.

MARTIN SAMUEL: Change to rugby’s laws has put the game on red alert