It says something of the mistrust now rampant in the Premier League that when Brighton revealed three positive tests for coronavirus this week, the first reaction of many was to ask: ‘How did they conjure that?’

Expect more of the same now players are revealing their true feelings about Project Restart.

Expect more suspicion, more rancour, more questioning of motives and accusations of pressure from all sides. New contracts and incentives for those who are reluctant, but whose clubs want to play.

The same for those who wish the season curtailed and regard player safety as their trump card.

And in all of this, the heart of the matter is increasingly forgotten. What if players begin to genuinely fall ill?

What if their fears and reticence are real? Why does it all have to be some conspiracy, some plot? Covid-19 is tangible, its effects plain.

There are hard facts, hard numbers, not a convenient excuse to be shaped according to an agenda.

The idea that a club would invent an outbreak or, worse, jeopardise the health of their players to gain the upper hand in discussions over the return is the most troubling indictment of all. 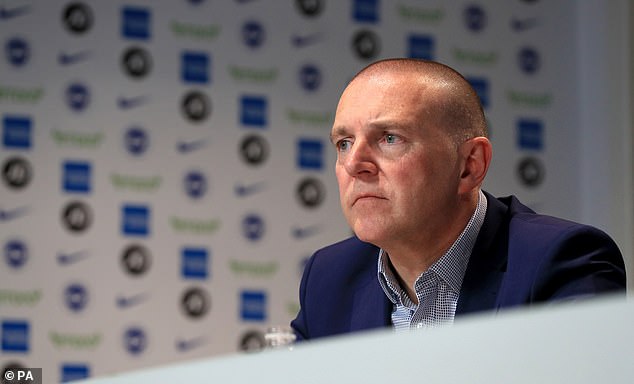 Brighton may have reservations around neutral venues or PPG, but to suggest their coronavirus tests are self-serving or fake is nothing less than slanderous.

Yet here we are. When several club doctors responded less than enthusiastically to the prospect of a restart in a Premier League questionnaire, the leaking of this information was used to cast aspersions on the veracity of the answers.

As if doctors meekly toe the line according to the wishes of their club or its management.

Events at Chelsea during Jose Mourinho’s last season in charge suggest that is not the case — or are doctors part of the conspiracy, too, falsifying tests and inventing fears because the chief executive commands?

How would those conversations go? The ones that required a medical professional to act against all ethical principles, forge results or deliver lies as honest opinions.

If the sport has so little trust in these people, why are they even allowed on the field of play, or to assess a possible concussion? If they are such duplicitous chancers, willing to adopt any stance, provide any result, for personal gain, footballers are in more danger than we think. And not just from coronavirus.

And how would those conversations go with the players if clubs are trying to negotiate, or railroad, them into a united position?

If one club made an untoward suggestion, or tried to force a player into action and he went public on that demand, the resulting scandal would bring football to its knees.

Premiership rugby club Harlequins survived the Bloodgate scandal in 2009, although many of those involved in the faking of injury with blood capsules — including club doctor Wendy Chapman — were disciplined, suspended or resigned.

Club rugby, however, is a niche sport. It bears no relation to coronavirus, the great enhancer, a crisis the entire nation has lived through. To use information around Covid-19 for nefarious purposes would never be forgiven.

Yet Brighton’s positive tests drew immediate suspicion. Why were they using testing kits supplied by the NHS and not the private company sanctioned by the Premier League? And how did they achieve such perfectly targeted results — three positives out of four tests taken? 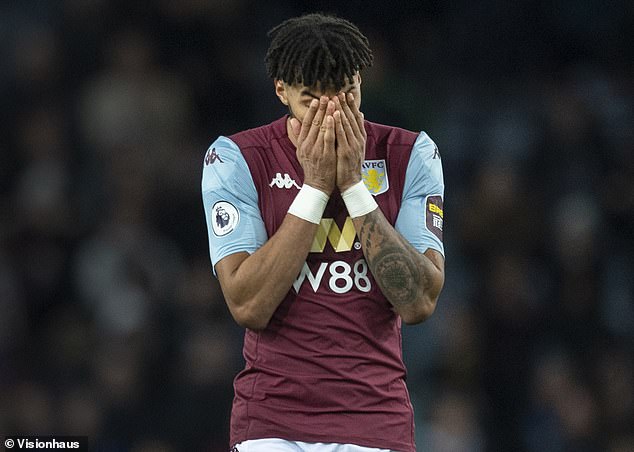 It was as if the club had ordered players to lick a lamp-post or two on the way home, or maybe it held the equivalent of those chickenpox parties that parents used to sling primary school kids into?

Of course, a degree of cynicism comes with the territory in football. There are always some rather convenient injuries around the time of international friendlies. This, however, is different.

What happens if football adheres to its June timetable and makes it uncomfortable for players to report their fears?

One of the reasons it is believed BAME workers in the frontline have been disproportionately affected by coronavirus is that years of institutionalised racism have made them less willing to come forward and complain.

Without doubt, a number of players are unconvinced by Project Restart. A conservative estimate is 10 per cent. That is still anything between 55 and 140 individuals, certainly more than two in each squad. Perhaps in the next 24 hours, as clubs and the Premier League spell out the precise details of football’s return, there will be a thaw in attitudes.

Equally, a quarter of any squad is a significant group and if it contains some influential players the uncertainty may swell. Danny Rose, Sergio Aguero, Manuel Lanzini and Tyrone Mings have all expressed doubts.

Certainly, it will not be helpful if it is thought legitimate test results are being doubted.

Brick by brick, obstacles to the restart are coming down. It now appears police groups are receptive to matches taking place on home grounds — but players’ voices have yet to be heard. When they are, they must be trusted.