I was 15 when I first met David Rocastle. He joined Arsenal in 1982, a year after I’d joined, with both of us brought to the club by scout Terry Murphy.

I’m immensely proud to have played with David, and indeed with all of those members of what I like to call Arsenal’s ‘Class of ’82’.

As you’ll see in the picture below, there was Tony Adams, Michael Thomas, Gus Caesar, Martin Hayes, myself and of course Rocky. Two players don’t feature in this line up for different reasons but were very much part of the group were Paul Merson and Niall Quinn.

Class of 82: Martin Keown and David Rocastle (circled), along with Hayes and Adams (back row, 3rd and 4th left), Caesar (right of Keown) and Thomas (front row, third from right)

I remember the team getting a rollicking after being knocked out of the FA Youth Cup. That was the first time we realised, hold on, there’s expectation on us here.

Then one by one, we broke into the first team. We were brothers in arms, and David was at the centre of all this. He was immensely talented – skilful, athletic, and strong. David did everything with a smile and a touch of class.

David had problems with his eyesight. Our coaches noticed how he would run or dribble with his head down! I remember one of our youth-team coaches, Tommy Coleman, taking him out on the pitch at Highbury to get to the bottom of it.

He positioned him on the halfway line and, in front of the whole group, asked: ‘Can you see the goal?’ He couldn’t. So they sorted him out with contact lenses, and his career took off from there. 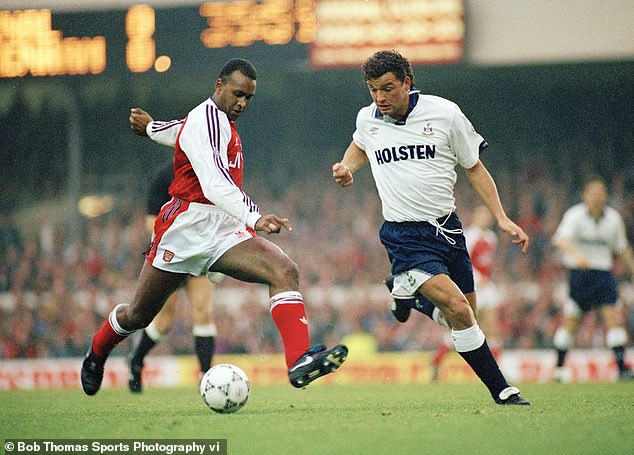 One regret of mine is that I broke up this tight-knit group by joining Aston Villa in 1986 after negotiations over a new contract reached an impasse.

But I remember David calling me. ‘Get Villa to take me, too,’ he said. A group of us were at a crossroads, and I’d decided to go.

In the end, David Dein, Arsenal’s vice chairman, realised the situation, stepped in and made sure Rocky and the others stayed.

I was pleased when Arsenal won the league in 1988-89, but at the same time disappointed that I could not share in the joy of my former colleagues. 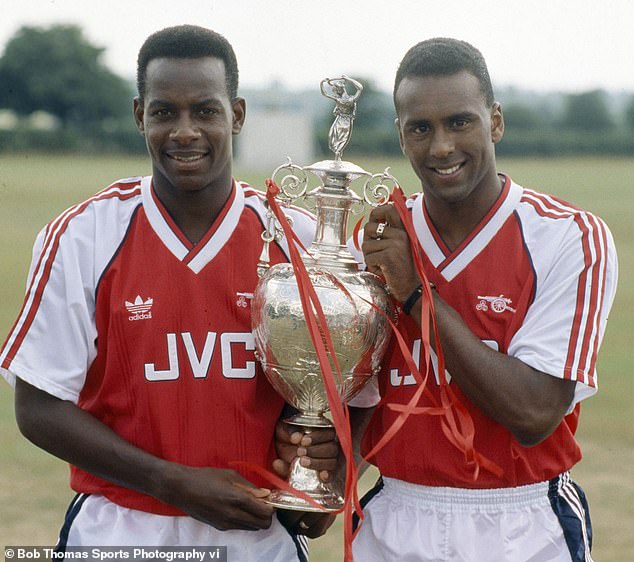 Those early training sessions in the youth team were tough and set me up well for the rest of my career. The quality of the group was at such a high level that we were all pushing each other to the limit, which equipped us to become a winning machine.

Rocky had a go-to move: he would throw in a stepover before shifting the ball from his right foot to his left, leaving the defender for dead and bursting away. I would giggle when I saw an opponent get too tight to him, because we all knew what was coming.

But it wasn’t just the skill, he was also tough. If he went into a challenge, he got up very quickly and dived into the next one. He brought the best out of those around him. He had that magic about his personality.

One day Arsenal physio Gary Lewin rounded up a group to go and see David at the hospital but I only found out too late and couldn’t make it. I wrongly assumed there would be other chances to visit.

In all honesty, I didn’t realise how bad it was. We knew he was having treatment but there was a feeling, a belief, that it would be successful. This was a young man, an athlete. He passed away very shortly afterwards, and I never got to say goodbye. 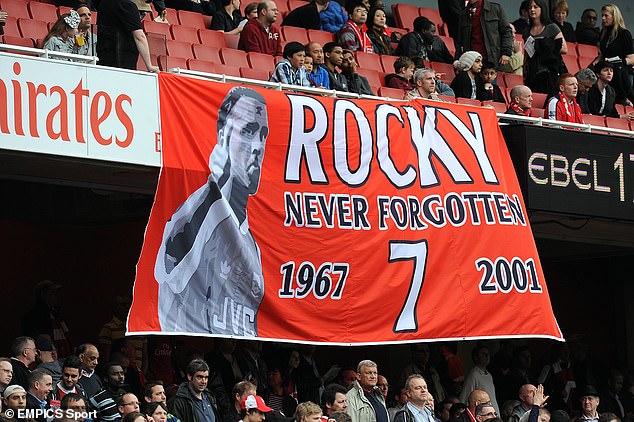 It’s something I regret to this day. With him gone, I felt guilty wanting to carry on playing football. Why should I get to sign a new contract at Arsenal when he cannot carry on living?

He died on the morning of March 31, 2001. That same day, we had to play Tottenham. There was a perfectly-observed minute’s silence at Highbury.

There was a great deal of emotion that day, and it was with great pride and immense sadness that I was able to play alongside one other member of that youth team, Tony Adams. It was even more fitting that Robert Pires – wearing Rocky’s old No 7 shirt – scored a wonderful goal in a 2-0 win.

Watch Rocky & Wrighty: From Brockley To The Big Time, part of the BT Sport Films series, tonight at 9pm on BT Sport 2.