As day follows night Manchester City prevailed, maintaining the overwhelming sense that this group stage is a formality and that what would really generate some electricity is a Champions League with a knock-out format, from start to finish.

It was 50 years ago on Tuesday that they beat Athletic Bilbao on home soil in the first round of what remains their only successful European adventure: the Cup Winners’ Cup campaign which took them past the Poles Gornik Zabrze in a Vienna final. It was a 3-0 breeze on that Manchester night, yet the Spaniards had drawn 3-3 with City in the Basque country and Maine Road bounced to the noise and energy of a breathless second leg.

There was little of that kind on Tuesday night until Raheem Sterling scored just past the hour, ten minutes after arriving as a substitute. He then laid out the pass from which Phil Foden again signalled the potential which, with only minutes of Premier League football this season, remains so desperately unfulfilled. 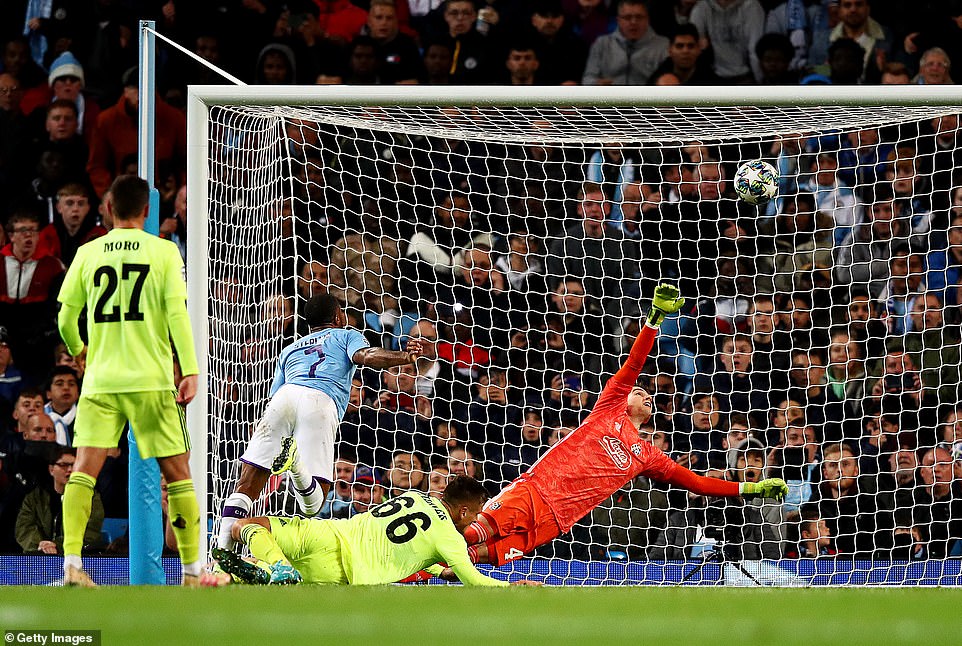 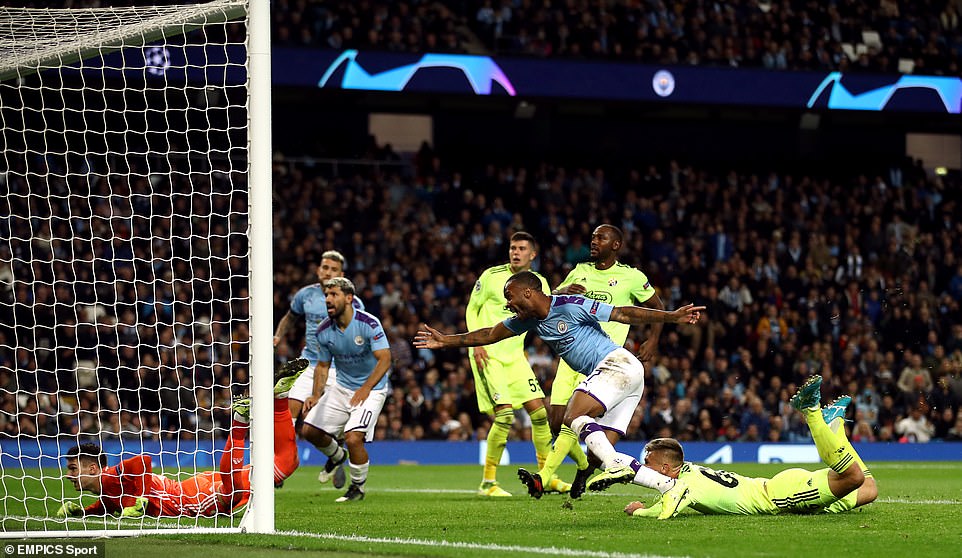 It is a measure of the tournament’s weakness that Dinamo Zagreb, who have won the Croatian league in 13 of the last 14 seasons, had managed four points in Champions League group games before this season. They appear, generally lose, generally accept it, happily take the money, and hopefully find a buyer for any young players they might have on show. The UEFA interpreter did not even bother translating manager Nehad Bjelica’s words into English on Tuesday night.

The only Croatian creative contribution of significance came from the South Stand, behind the banner proclaiming ‘Purgeri’ – the nickname for citizens of Zagreb. City’s fans did not generate much sound. The free tickets offered out meant the stadium was nearly full but even the ritual booing of the UEFA anthem lacked much conviction. The weakness of the opposition didn’t help.

The volume lifted after Sterling had arrived and turned the game, revealing once again the talismanic qualities which make him future captain material. Guardiola introduced him as he looked for an edge against what was fast becoming a Croatian flat back seven. He obliged.

Riyad Mahrez, whose contribution in the early stages of this City season have been stellar, was the instigator of the decisive five-pass move – shifting the ball wide to Gundogan, taking it back in space on the left and delivering for Sterling. The forward pounced from close range with a shot deflected in off Emir Dilaver.

‘When we came here it seems like he didn’t care [about] the goals. Now it matters,’ Guardiola said of Sterling, who has scored 41 times for club and country in the past year. 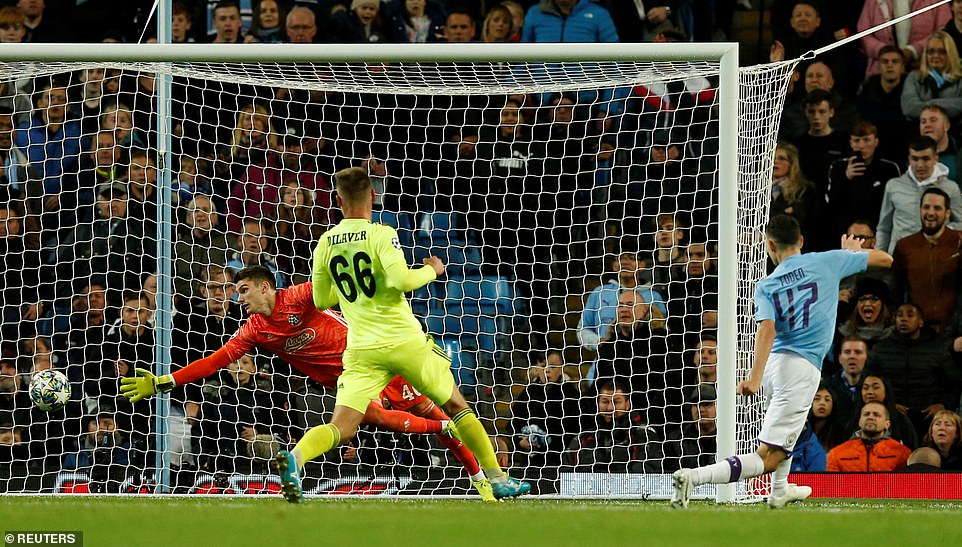 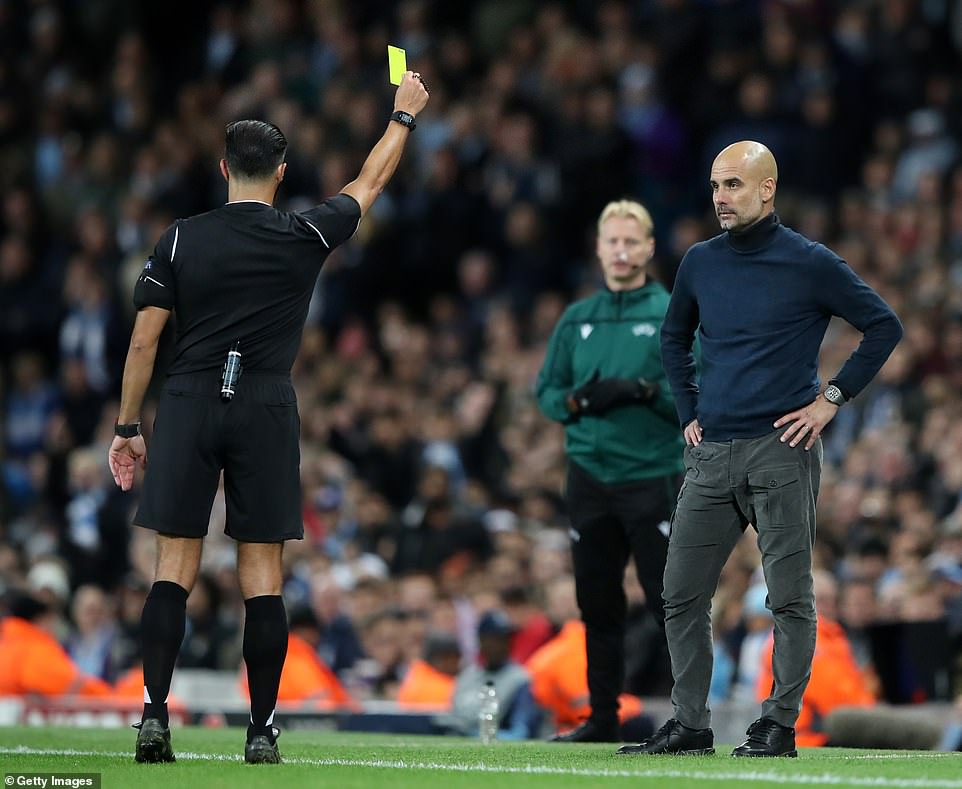 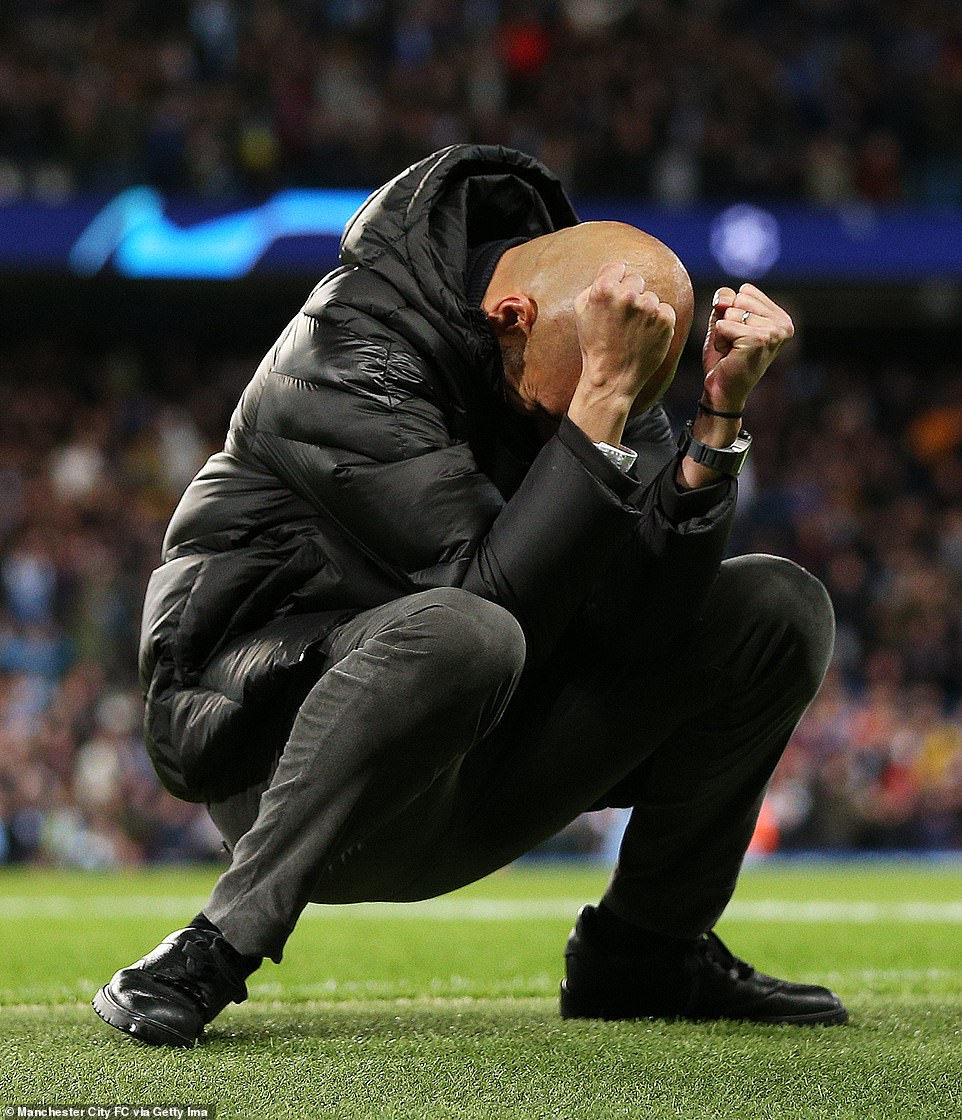 Foden’s crisp strike, minutes after arriving, illustrated what he can deliver, though Guadiola made no promises of a regular start. He listed the players – Kevin de Bruyne, Bernardo Silva, Rodri – above him in the pecking order. ‘I know he deserves to play,’ the manager said. ‘Every time he doesn’t plays I am unfair to him. I’m sorry but there it is… I’m sorry but be patient. It is what it is.’

City could have been five up by the interval against a side who initially helped them with a kamikaze pass back through their own ranks for Sergio Aguero, who buzzed around the front with menace.

The Argentine could not capitalise, driving beyond the goalkeeper after latching onto the through ball, by visiting midfielder Nikolo Moro, and shooting at him – then driving over the bar, having spun around defender Dilaver.

Aguero took your breath away at times in a first half in which the fluorescent yellows barely broke turf in City’s half. But there was some serious profligacy from Bernardo Silva, twice firing over the bar left-footed when within clear view of goal. 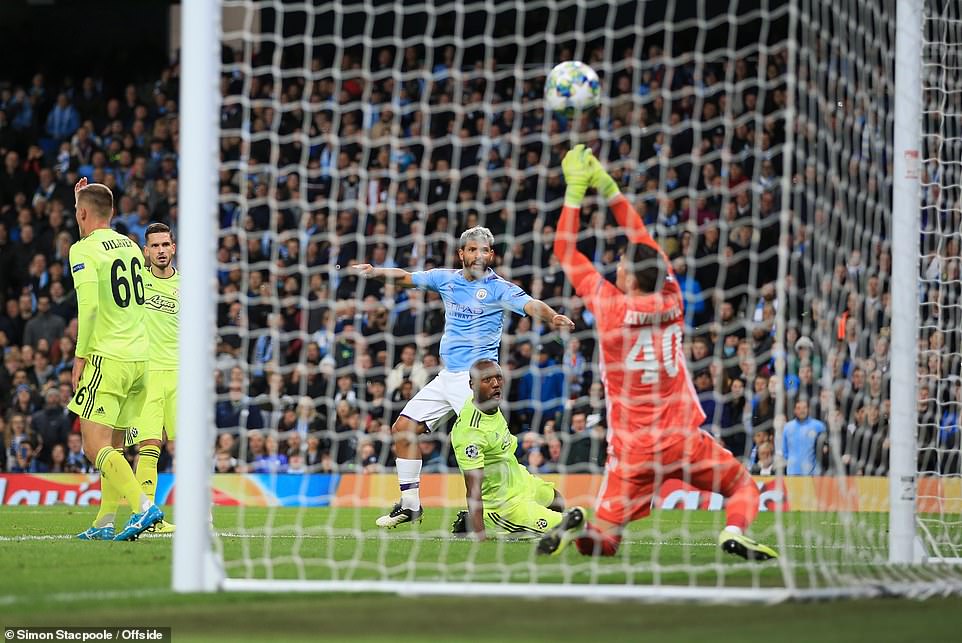 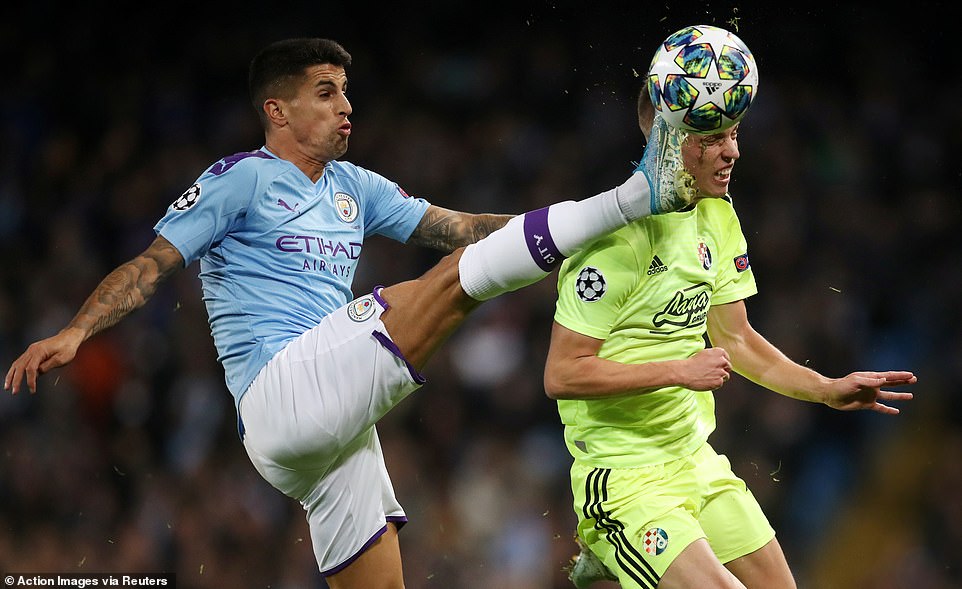 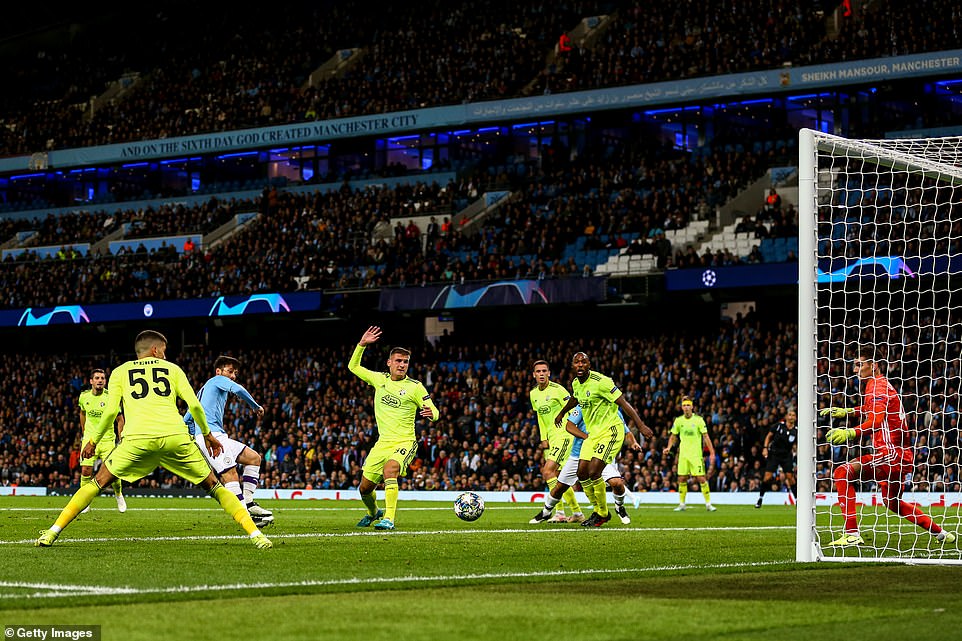 The breakthrough seemed to have arrived just beyond the half hour with a move of seductive beauty – to quote the quality with which Guardiola said his side would turn their fans on the Champions League. Rodri’s reverse ball behind defence located David Silva whose cross Mahrez allowed to run on to Ilkay Gundogan. The German fired against the bar.

VAR did City few favours. It did not detect a clear handball in the area by Kevin Theophile-Catherine, moments before David Silva placed a shot wide of the right post. Neither did it locate a penalty when Dinamo’s giant centre half Dino Peric seemed to stand on Aguero’s foot in the area.

Guardiola was booked on 70 minutes after remonstrating with the fourth official for what he saw as a Petar Stojanovic’s foul on Sterling in the penalty area. The player seemed to have legitimately won the ball.

City now face a double header against the extremely modest Italian side Atalanta, beaten 4-0 by Zagreb two weeks ago. Early qualification beckons. At least that may presage some football for Foden. 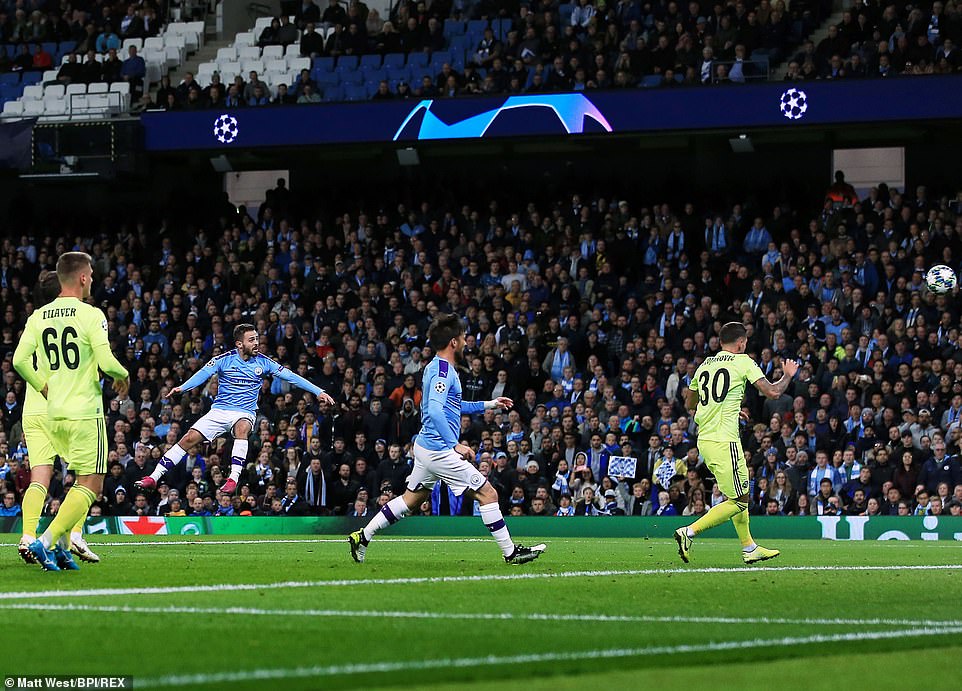 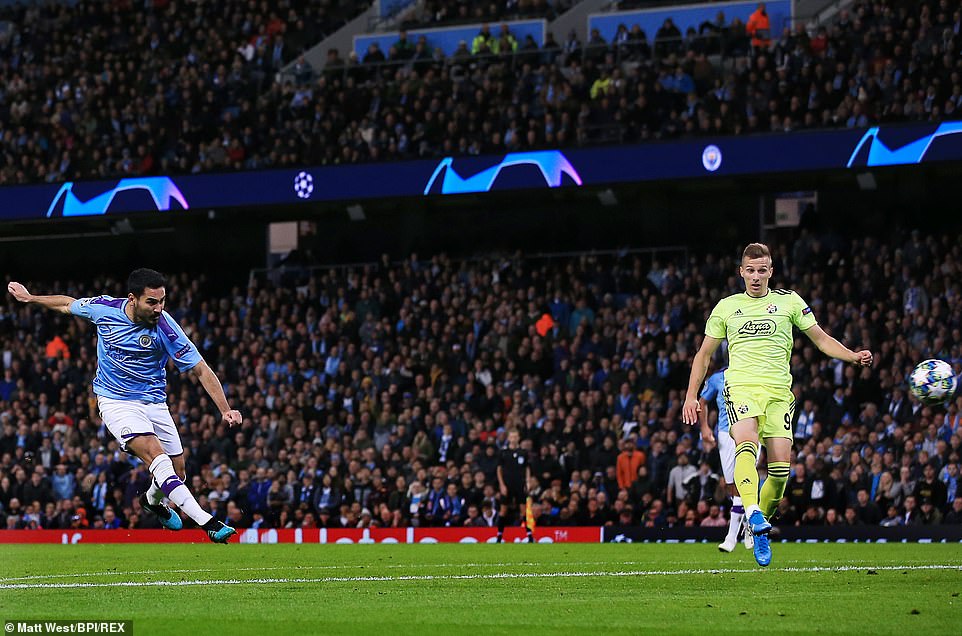 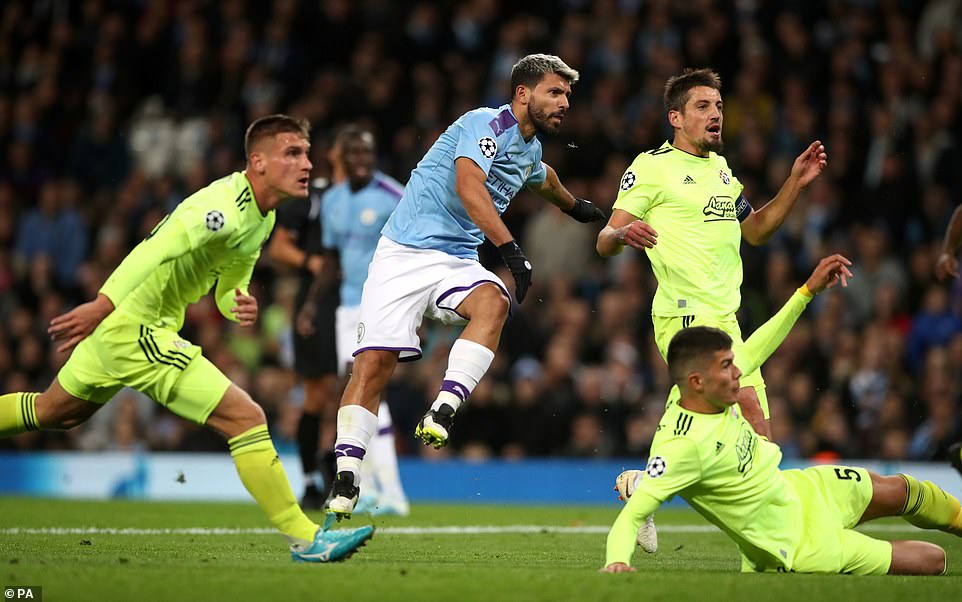 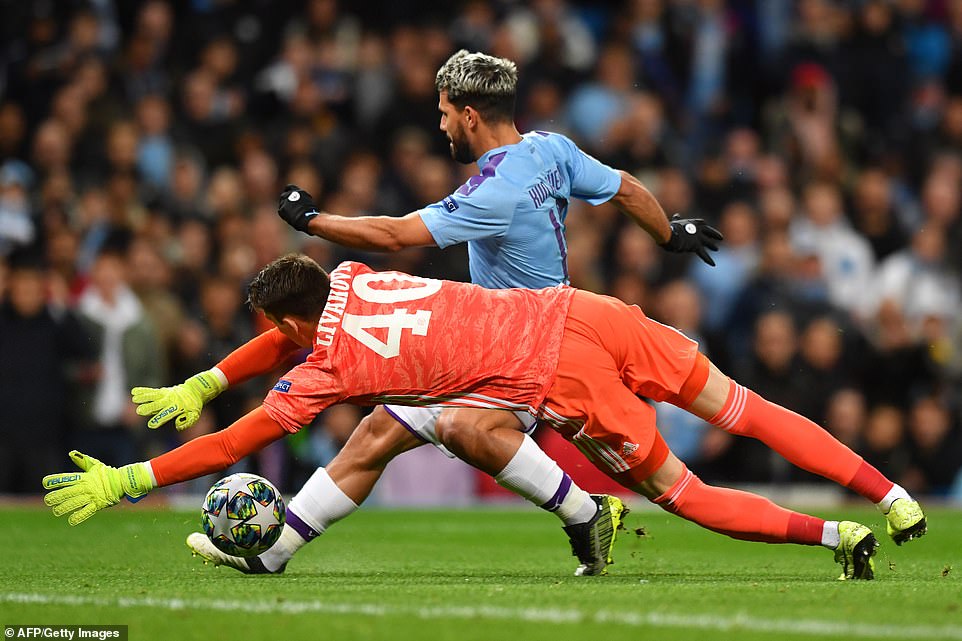 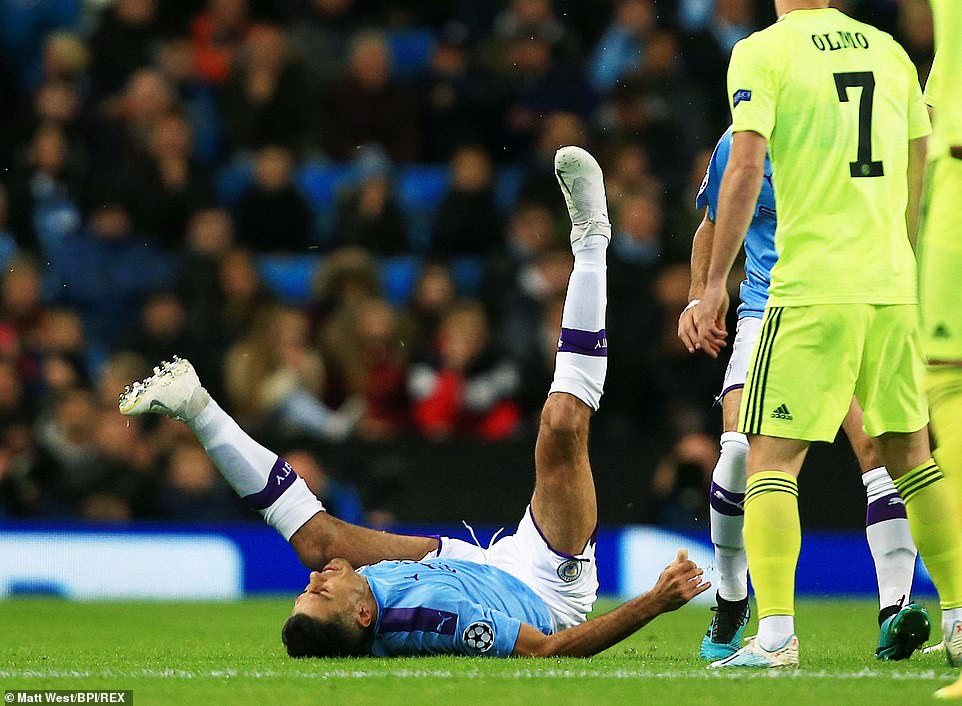 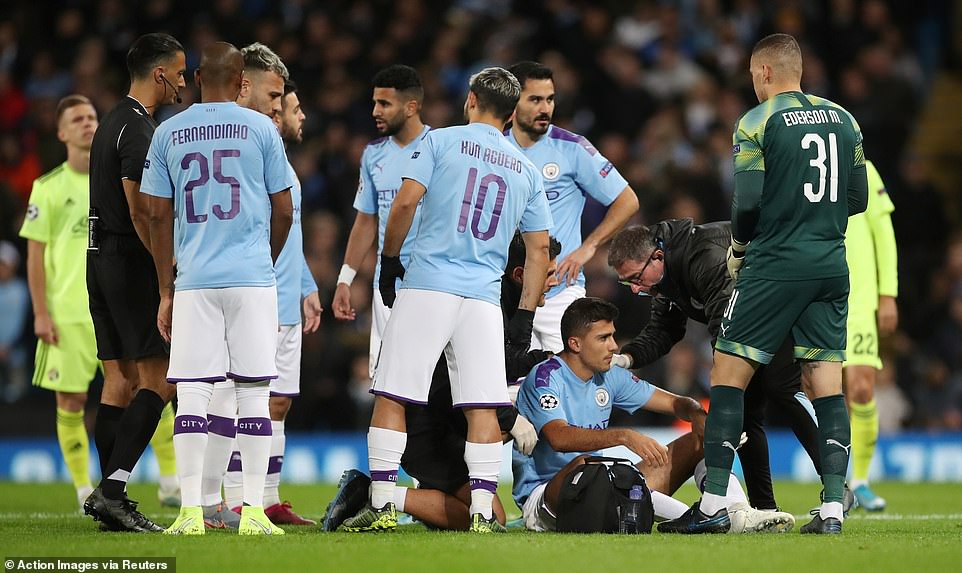 Arsenal ‘tracking Ajax star Andre Onana and will wait for the...