Ole Gunnar Solskjaer was enjoying retelling his Rio Ferdinand anecdote late on Friday night in a small room underneath The Emirates Stadium.

Having just recorded his eighth successive victory, a feat even the most-ardent optimists might have considered unlikely six weeks ago, and negotiated his way into the 5th round of the FA Cup, he was reminded about Ferdinand’s first ever United training session after the England’s defender’s world record £30m move to Old Trafford back in 2002.

When Ferdinand badly mis-controlled the ball in the competitive warm-up passing drill which was both an institution and an initiation at United, Solskjaer scoffed. ‘How much?’ he asked with disdain. 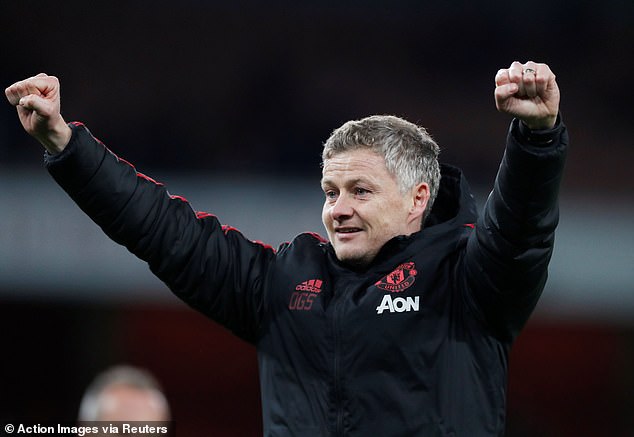 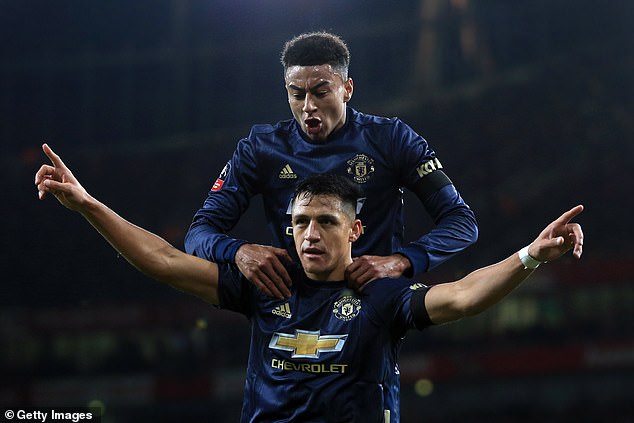 Solskjaer smiled at the memory. ‘Yeah but 30 million!’ he said. ‘We paid 30 million! And that touch was not worthy of a 30 million player in that box! It’s true though.’

The story underlined a couple of themes which resonate around this newly revived Manchester United team. Who take on Burnley in the Premier League on Tuesday.

The first, as Ferdinand himself pointed out, is that the image of ‘Ole-Gunnar Solskjaer, baby-faced assassin, butter wouldn’t melt in his mouth’ is not the full picture of the man slowly building an irresistible case to be retained as Manchester United manager.

The other is a truth rooted in the Sir Alex Ferguson era, to which Solskjaer represents a link. 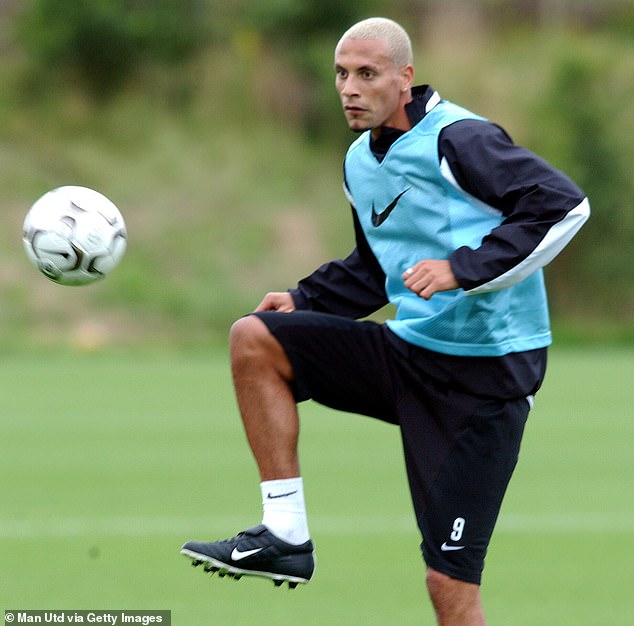 ‘Everyone gets treated the same,’ said Solskjaer. ‘Because when you come in and you are looking around the dressing room and there are so many good players, you have to prove your worth. You don’t just live off the price tag. I am not interested in what they have cost or what they are earning. What I am interested in is what they can give the team. You only deserve to be in a team by how much you want to give to that team yourself. But he does really want to be part of it and he works really hard.’

He, of course, was Alexis Sanchez, scorer of the first goal against Arsenal. It was a year ago yesterday [Jan 26th] that Sanchez made his United debut at this stage of the FA Cup at Yeovil. At the time, Arsenal were lamenting his leaving. Football Leaks last year revealed that his salary is £391,000 a week, with £75,000 paid as a bonus for every first team game he starts. For that United have received five goals in return over 12 months. At least they’re saving on his goals’ bonus.

Clearly second choice now, with Anthony Martial and Jesse Lingard the favoured wide players, United can’t afford to give up on him just yet. And Solskjaer still expects him to make an impact at the club. ‘We hope so but it [criticism] comes with the territory. When it comes to Man United you have to be a big personality. You have to be able to handle setbacks and doing well. Sometimes handling success is more difficult than handling setbacks. All the players here they have that determination to prove their worth.’ 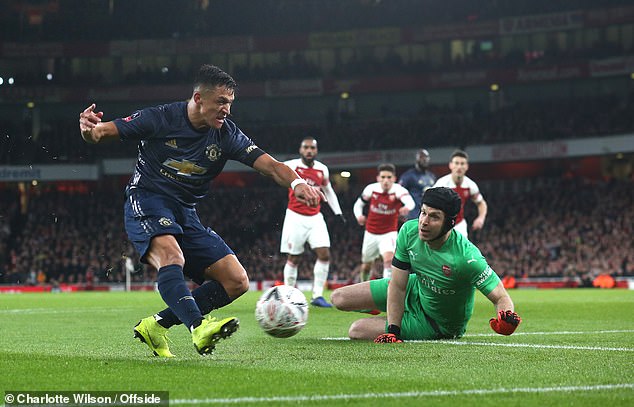 And Solskjaer is working his charm on all the team, including Sanchez. ‘You try to sit him down and speak to him but he’s a really hard working proud man, and he is really determined to prove his worth and he has been fantastic since I came. His work-rate has been brilliant in training. Unfortunately he has had the injuries but today I think is a big, big step forward for him.’

Having revived the team so comprehensibly with the focus on the younger players, if Solskjaer could also reboot Sanchez’s career, his credit with executive chairman Ed Woodward would surely be unlimited. The Friday night fever of a thrilling, old-fashioned FA Cup win against a familiar enemy in Arsenal embodied some classic tropes of the Solskjaer regime.

So at 2-1 up, but seeing Arsenal forced to deploy Granit Xhaka at centre half, Solskjaer decided to go for the jugular and brought on his first-choice strikers, Marcus Rashford and Martial, both fresh and full of running. He was rewarded with that third goal by Martial. 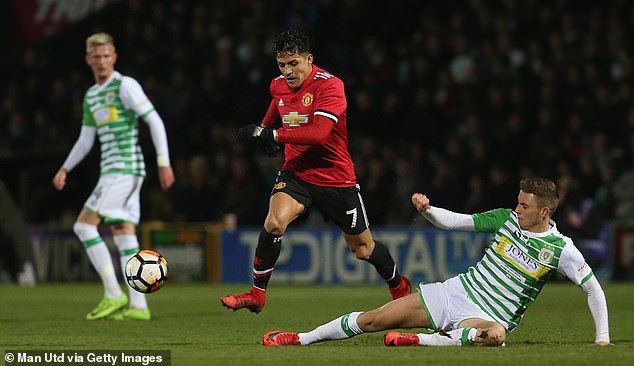 ‘That’s the way I’m brought up and that’s the way I’ve always been as a man, to be fair,’ said Solskjaer. ‘You always have to see every opportunity as it arises. I can never say never: if there’s a time we want to shut up shop, sometimes you have to shut up shop and you just defend. But if you want to defend you need counterattacking threat at the other end and we do have players who make a difference in that respect.’

Ander Herrera, another whose United career is flourishing again, tried to articulate the difference Solskjaer has made. ‘The thing he has done is that even when we are defending and going through difficult moments, we are allowed to attack,’ he said. ‘Luke Shaw is allowed to win the ball in the box and make a run even to the opponent’s box. That’s what Ole says from the first day.

‘Even in the toughest atmospheres, every Manchester United player should ask for the ball and should be able to cope with those difficult moments. I am allowed to go into the box soon after I defend, even Nemanja Matic is allowed to shoot, Paul [Pogba] the same of course. Attacking players feel free, as long as everyone defends when we lose the ball. And I think that is what we have now. I know sometimes I have to be the right-back helping Ash [Young] like today, but I also have the freedom to go into the opponent’s box.’

His use of the word ‘allowed’ seemed significant. There is real freedom to United now. They clearly aren’t the best team in the country. But they are recognisably a Manchester United team after five year of existential angst without a clear identity. 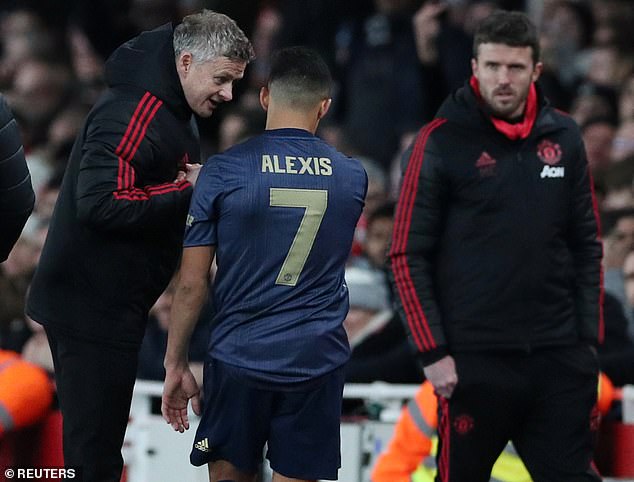 Solskjaer said: ‘Sanchez is determined to prove his worth and has been fantastic since I came’

For all that, it was the increased defensive stability that most pleased Solskjaer against Arsenal. Unlike against Tottenham at Wembley, where it felt like they were just hanging on, they were much more in control of this game ‘Today we were more organised,’ said Solskjaer. ‘We didn’t just track men and follow men all around the pitch. I think we were really well organised. We had a plan for the back four to take over runners. I thought we dealt with it fantastically.’

That is, of course, the foundation of any good team. However, it is the sheer joy of the attacking players that inevitably catches the eye. Paul Pogba, the chief beneficiary of regime change, pretty much summed it up. ‘We enjoy scoring goals and we enjoy defending together,’ he said. ‘You can see that when we are playing free, with a smile, and everyone is playing for each other, then the results will come easier. You just have to carry on doing this. It’s always beautiful to win. That’s why we play.’

Maybe this could yet be an unlikely memorable season for United? ‘Definitely!’ replied Solskjaer emphatically. 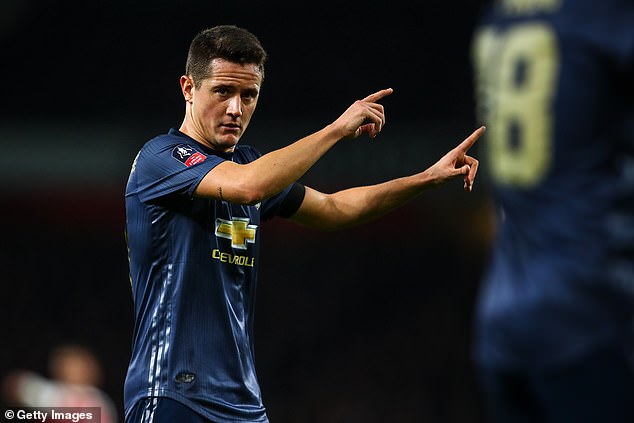 Independence Day eclipse over US ‘second of three chilling signs of...