Alex Sebastian For This Is Money

Fitch Ratings, one of the big three global credit rating agencies, has warned that UK property funds may slam shut the gates on investors taking out their money once again.

If this happens it would be the second time in less than three years, following a period in the summer of 2016 where the majority of the big funds in the sector put up ‘gates’ to stem a run of withdrawals. 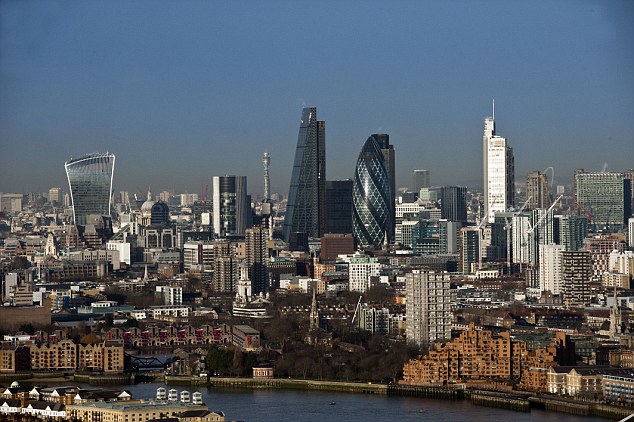 As in 2016, this all stems from everyone’s favourite subject, Brexit. Fitch said investor fears over falls in property values should no deal on Brexit be reached would be the main driver of the move.

Open-ended property funds which issue units are exposed to falling prices and investor panic far more than equities funds because many of the assets they own – buildings of various kinds – can take time to sell at a decent price.

With funds that predominantly own stocks, as withdrawal requests come in the manager simply sells off shares to give the investors back their cash. If the fund holds a decent amount of cash they won’t even have to sell shares off unless there is a rush for the door.

Property funds will also hold some cash, but if a lot of people ask for their money at once it is unlikely to be enough in most cases and they would need time to sell some buildings.

Fitch said in a statement that while the big UK funds are in a better position than in 2016 a similar scenario cannot be ruled out at this point.

‘Cash levels are marginally better than in mid-2016, when several funds gated due to investor anxiety linked to the UK’s referendum on EU membership,’ the firm said. ‘But we do not think liquidity is strong enough to prevent withdrawal restrictions should investors fear a steep market drop due to Brexit developments in the coming weeks.’ 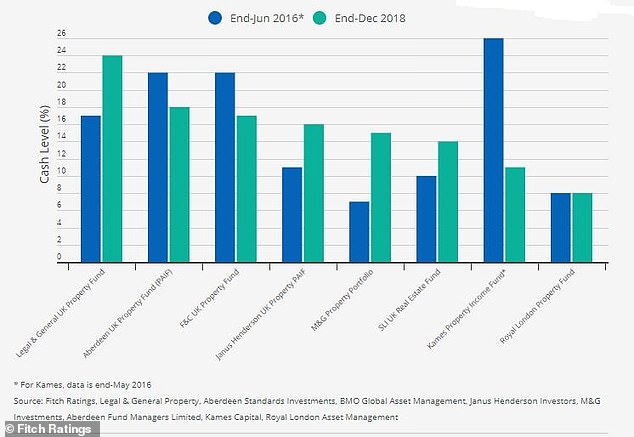 ‘We believe there is potential for market reaction to Brexit developments to be more severe than the reaction to the referendum result, particularly if there is a no-deal Brexit,’ Fitch added.

The re-emergence of these worries will no doubt fuel the arguments over whether open-ended funds are the best way for investors to add property to their pots.

Investing in property via real estate investment trusts (REITS) removes the risk of being ‘gated in’ from an investor’s point of view because the exposure comes from simply buying shares in the REIT itself. These can be freely traded on the open market, apart from in the most extreme of circumstances.

Will anything change after the Woodford fiasco? This is Money podcast

ASK TONY: I want to buy my grandson a home but...