England’s victory in the cricket World Cup a week ago puts the UK firmly back on the map for sports lovers.

But can the unloved British stock market generate a similarly winning performance for hard-to-please investors now that Boris Johnson is poised to move into No 10 this week?

UK stocks have been stubbornly out of favour for a whole raft of reasons – mostly to do with sentiment rather than any underlying weakness of British businesses.

In the three years since the nation voted for Brexit – when the pound took fright and fell heavily – the UK has trailed behind inter-national markets. In that time, UK equities grew by 19 per cent whereas the US leapt 43 per cent and Japan by 34 per cent.

Ben Yearsley, director of Shore Financial Planning, pins the blame for depressed prices on the triple cocktail of No Deal Brexit nerves, fears of a potential Corbyn government and worries about politics generally.

He says: ‘It doesn’t seem to matter whether companies are good or bad, they get put in the same bucket. But this means you can pick up some great companies at cheap prices.’

The pound’s recent misfortunes should also encourage British investors to look closer to home. Jason Hollands, of wealth manager Tilney, says: ‘Because of the poor exchange rate the value of their pound won’t go as far in other stock markets such as the US.’

Tineke Frikkee, head of UK equity research at investment house Waverton, is hopeful that when the current uncertainty diminishes this should improve the fortunes of both sterling and the stock market.

She says: ‘The timing of this is uncertain but meanwhile investors can still enjoy the fact that UK equities are paying more than 4 per cent a year in dividends, much better than the interest we receive in our bank accounts.’ 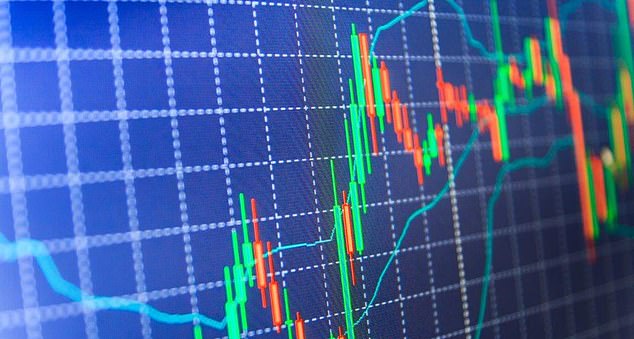 Richard Hunter, head of markets at broker Interactive Investor, believes there are bargains to be had that will come good when confidence returns.

He says: ‘The apparently increasing possibility of a No Deal Brexit has been weighing on the pound and the banks and house builders have been in the firing line.’

But even in these sectors there are companies with potential. Hunter points to Barratt Developments, which recently released a pleasing set of trading figures.

He says: ‘Historically low interest rates, initiatives such as Help to Buy and a general housing shortage have played into its hand.

‘The company has been capitalising on this environment. Strong cash generation has enabled it to pay special dividends to shareholders, in addition to the basic yield of 4.8 per cent.’

Another ‘buy’ is Lloyds Banking Group. It produced full-year results in February that also made for encouraging reading, with post-tax profits up by 24 per cent and a cost to income ratio of 49 per cent that is the envy of its competitors.

The ratio shows a company’s costs – such as salaries and property bills – in relation to its income and gives investors a picture of how efficiently the bank is being run. The lower the ratio the better.

Signs are that investors may be slowly falling back in love with the UK. In May, £533 million was piled in to British-focused funds after two years of net outflows

Hunter says: ‘The tight control of the business also enabled it to spend cash on a share buyback of £1.75 billion which acts like a special dividend for shareholders. They also have an attractive dividend yield of 5.6 per cent, great for income seekers.’

Another backer of banks is Jamie Ward, fund manager at Crux UK Fund. He favours Barclays which he considers to be well managed and the shares good value.

He says: ‘The financial crisis destroyed a lot of value in the sector and took a great amount of investors’ wealth with it. But efforts to strengthen balance sheets over the past decade, driven by more stringent regulation, have yielded much better businesses than share prices imply.’

Despite big British names like BP, AstraZeneca and GlaxoSmithKline dominating the FTSE 100 list of leading UK companies, more than 70 per cent of earnings from the top firms come from outside the UK.

For a more purer British market play, Hollands suggests turning to the FTSE 250 index and smaller companies. He says: ‘This is where you find more domestically focused businesses, such as house builder Bovis Homes, retailer Greggs and pub firm JD Wetherspoon.’

SPREAD THE NET VIA FUNDS

Signs are that investors may be slowly falling back in love with the UK. In May, £533 million was piled in to British-focused funds after two years of net outflows.

‘Investors clearly think that much of the bad news and uncertainty around Brexit and the UK political situation has been priced in. What’s more, for income seekers prices have fallen such that the yield also looks very attractive. In the UK Equity Income sector it is now just over 4.5 per cent.’

One option for cost-conscious investors is passive funds that do not employ expensive managers.

Dzmitry Lipski, investment analyst at broker Interactive Investor, says: ‘We like Fidelity Index UK Fund. It buys the majority of the FTSE All Share underlying stocks, and closely tracks the index and has an ongoing charge of just 0.06 per cent.’

He says: ‘It has a roving remit to invest where it finds the best opportunities and is not restricted by a company’s size or sector.’

AJ Bell’s Suter tips Evenlode Income fund, where the managers seize on companies that generate plenty of cash and rely on repeat business, such as Unilever and Diageo.

She also likes Man GLG UK Income run by managers who hunt for unloved or undervalued businesses, with the added bonus of the fund paying a dividend yield of more than 5 per cent.

As an alternative, she suggests investment trust City of London, which invests in the shares of strong dividend payers such as GlaxoSmithKline and British American Tobacco and pays a yield of 4.5 per cent.

Tilney’s Holland likes Fidelity Special Situations which invests in companies overlooked by the market in some way or takeover targets.

He also likes Jupiter Special Situations for those preferring larger companies or JO Hambro UK Dynamic, which is happy to omit entire sectors and currently largely excludes utilities because of high debt levels and regulation.

TRY BONDS FOR A CALMER RIDE

Many big British companies raise money to help expand their businesses by issuing loans – called bonds – to investors who receive interest in return.

‘They are like the calmer, but more reliable, cousins to shares,’ says Ed Monk, associate director at Fidelity International.

He adds: ‘While buying a share in a company means you own a small stake that will rise and fall in value with the fortunes of the company, buying a bond means you will receive an agreed level of interest each year, as well as the initial purchase price back at the end of the term.’

A big advantage for bondholders is that they are ahead of the queue to get their money back should the company get into difficulties. Monk says: ‘When you own shares there’s always a risk that they will fall in value.

‘With a bond you know what interest will be paid if you hold the bond to maturity. Only if the company collapses will you not get your money back.’

Bonds are currently relatively expensive because of the value put on the reliable income they provide. For example, you can buy a bond in Barclays Bank which matures in 2026 and pays a current yield of 4.7 per cent.

The bond is currently trading above its initial launch price, which means if you buy now you will get slightly less than the initial investment should you hold it until maturity.

To work out what this means you need to look at the ‘gross redemption yield’ which reflects the total annual interest and the return of capital. For the Barclays bond it is currently 3.6 per cent.

Monk adds: ‘For investors to be sure they get their capital back Barclays simply has to be alive and kicking in 2026.’