Who can forget the opening of the 1981 Oscar-winning film Chariots Of Fire, where a group of young athletes run through the sea to the Vangelis soundtrack.

The scene was filmed on West Sands beach in St Andrews and the red sandstone building that starred in those shots, The Hamilton Grand, has become an iconic landmark.

Formerly a high-end hotel, the Hamilton Grand overlooks the world’s oldest golf course, St Andrews Old Course at the Royal & Ancient Golf Club, thought to date from the 16th century and one of the most photographed buildings in golf.

It has now been converted into apartments and its location, also made famous by Prince William who met Kate Middleton at St Andrews University, is attracting golf enthusiasts from all over the world.

Apart from being a short putt from golf’s birthplace, there are also another ten courses on the doorstep and another 30 within half-an-hour’s drive. What’s not to like if you’re a golf lover?

Gordon Watson, the 55-year-old CEO of insurance company Axa Asia, has bought a two-bedroom apartment, even though his American wife, Mona, doesn’t play the game.

‘I bought it because the building is unique – a piece of iconic Scottish architecture,’ he says.

Originally from the west coast of Scotland and now based in Hong Kong, Gordon can tee off from his balcony on to the 18th green of the Old Course.

‘My plan is to spend the summer months there when I retire,’ he adds.

At the moment, it is used by his family and friends, but he is attracted by the rental programme and plans to let it out during big championships, such as the Alfred Dunhill Links Championship, which is being held later this month (September 26 to 29).

Apartments at Hamilton Grand are sold freehold and rank among the priciest in Scotland, starting at £1.05million (hamiltongrand.co.uk).

The lure of the green is something golf lovers know only too well: top of househunters’ wishlists are a private gate that leads directly to a green and clear views of a famous hole. However, these homes always command a significant premium. 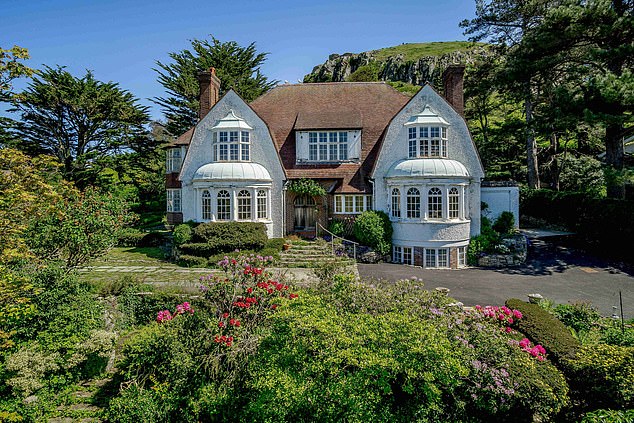 Brackenrigg is a Grade II -listed six-bedroom home near Deganwy Castle in Conwy. The Caernarvonshire Golf Club is a 15- minute drive away. n Struttandparker.com, 01244 354 887.

‘Homes on golf courses are few and far between, meaning they often come with a certain level of prestige,’ says Paul Beaney, managing director of Millgate Homes, which has built King’s Ridge, a development of 12 two- and three-bedroom apartments set in 135 acres of Surrey heathland overlooking the 18th green of Camberley Heath Golf Course.

For golf lovers, being able to pick up your clubs and walk to a course is particularly attractive,’ he adds. ‘That said, for many buyers – including those who don’t play – the idea of being surrounded by green, open space is equally appealing.’

A bonus at King’s Ridge, where prices start at £595,000, is that buyers get a year’s golf club membership thrown in (millgatehomes.co.uk). 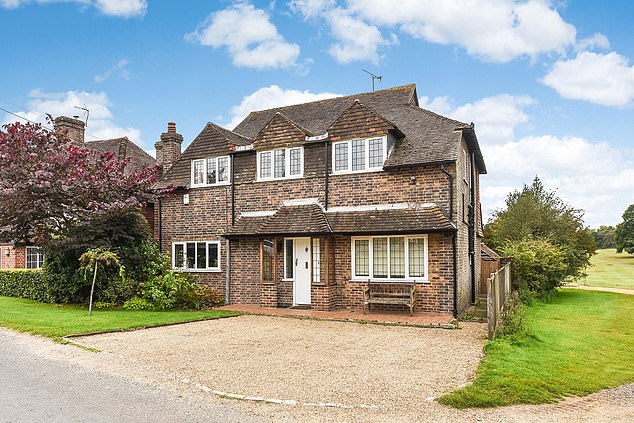 This five-bedroom home is beside the first tee and opposite the clubhouse of the Piltdown Golf Course in East Sussex. The west facing garden has a gazebo. n Jackson-stops.co.uk, 01444 484 400.

Golf is thriving in the UK.

Its location, next to two renowned golf clubs, Moor Park, which has two championship golf courses, and The Grove, which staged the British Masters in 2016, is a particular attraction (berkeleygroup.co.uk).

This is the most disappointing general election of our time, says...