‘Morning, champions!’: Jurgen Klopp and his Premier League title winners are buzzing to be back Melwood as masked-up Mohamed Salah gets a massage and Xherdan Shaqiri revels in trophy success

Liverpool boss Jurgen Klopp and his players were all smiles as the Premier League title winners returned to business at their Melwood training ground on Sunday.

Some of the club’s stars were pictured leaving Melwood on Saturday, two days after they had begun celebrations after winning the club’s first league title in 30 years.

But a series of clips on Liverpool’s official social media pages showed the first instances of footage from inside Melwood since the title win. 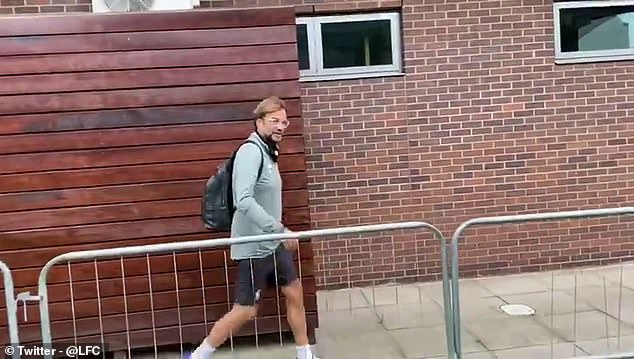 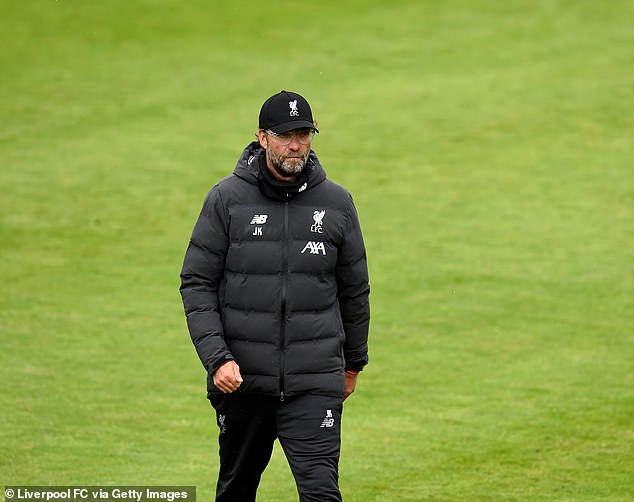 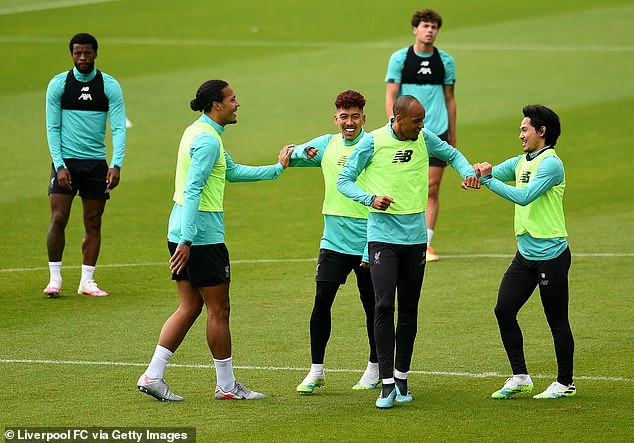 German boss Klopp gave a beaming smile as he arrived at Melwood, and waved a few times before saying: ‘Morning champions’ before taking a training session.

Winger Xherdan Shaqiri was the most exuberant arrival, pumping his fists on several occasions while shouting ‘Yes!’ a couple of times.

The Swiss international then kissed his hand and pointed to the sky before turning away as he continued to revel in his side’s title triumph.

Meanwhile star forward Mohamed Salah was masked-up but appeared very relaxed as he gave a thumbs up while getting a massage from a member of staff. 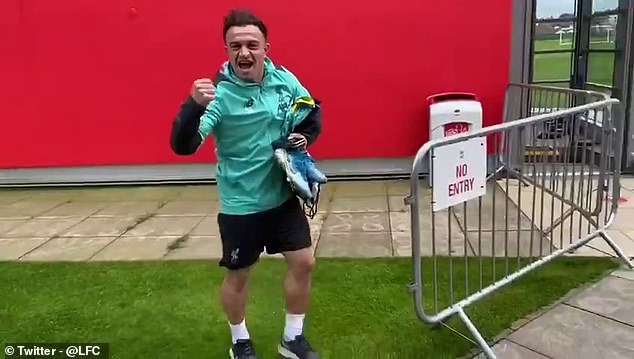 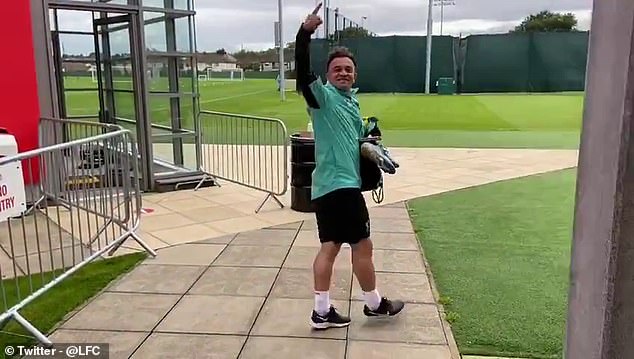 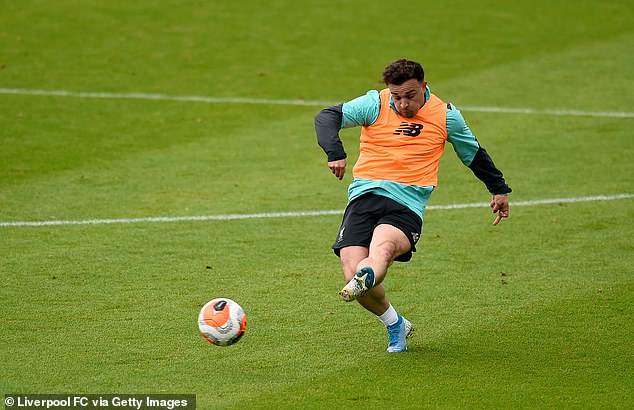 The short video of Salah started with a ‘Champions’ flag draped over a massage table that is expected to be signed by the whole squad, while Roberto Firmino was also separately videoed showing his delight at becoming a Premier League winner.

Salah gave a similar smile inside his car when he was snapped leaving Melwood on Saturday after returning to training, while James Milner, Adam Lallana and Shaqiri were also spotted.

The squad however could be banned from playing their remaining home games at Anfield unless fans stop partying in the streets, according to reports.

The club condemned some of their own supporters’ behaviour after thousands flooded to Pier Head in the city centre to celebrate the team’s success – despite repeated warnings over the spread of Covid-19. 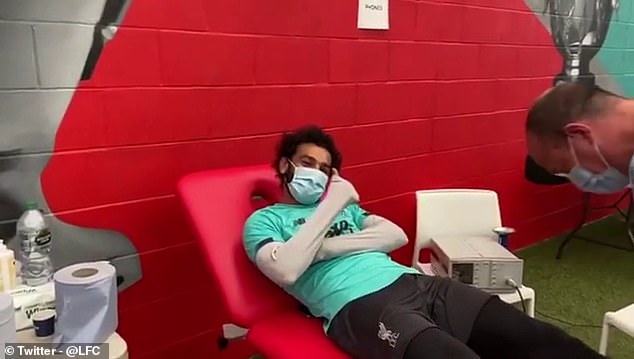 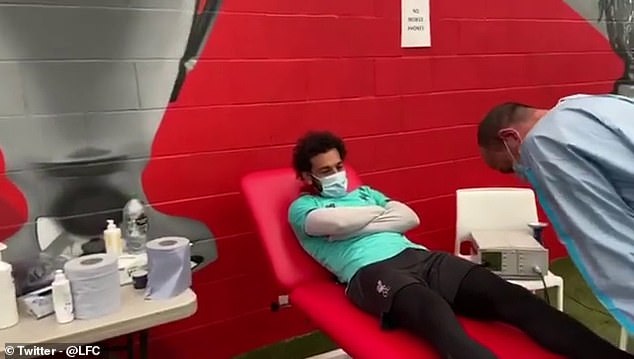 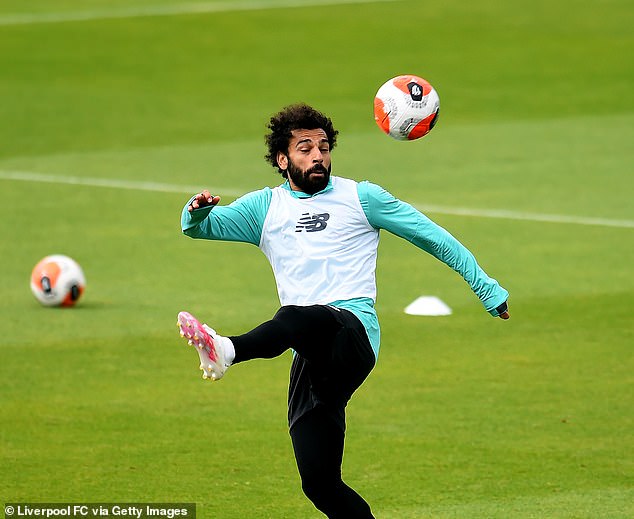 And now The Sun claim the club could have their stadium’s safety certificate revoked by the local Ground Safety Advisory Group if the wild celebrations continue.

Liverpool are next in action against the side they have comprehensively beaten to the title, Manchester City, on Thursday.

Klopp’s side are expected to receive a guard of honour from Pep Guardiola’s men as well as from the rest of the other sides they face between now and the end of the 2019-20 season. 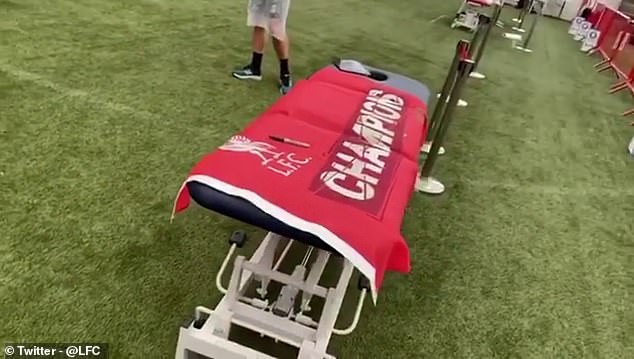 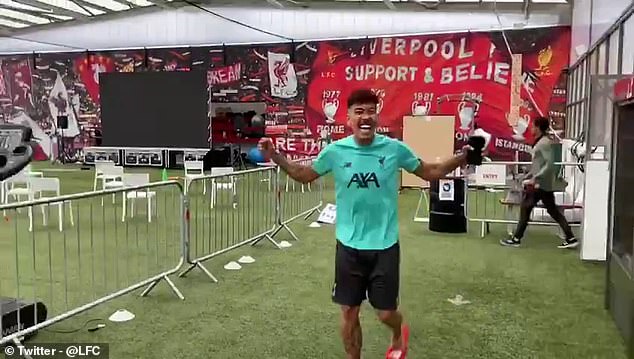 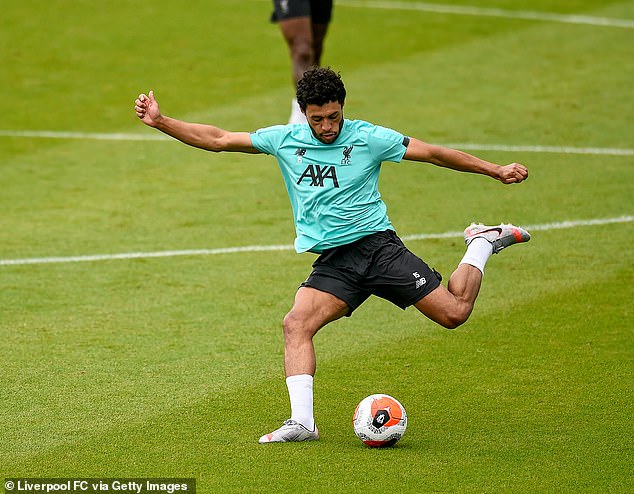