Alvaro Morata appears to be settling well back in Spain as he bought flowers for his wife Alice Campello after finishing training with new club Atletico Madrid.

The striker ended a nightmare 18-month spell with Chelsea by completing a season-and-a-half loan to the Spanish giants on Tuesday.

Having trained with his new team-mates at their Wanda Sports City base, the former Real Madrid hitman stopped off at a florist to purchase a large bouquet. 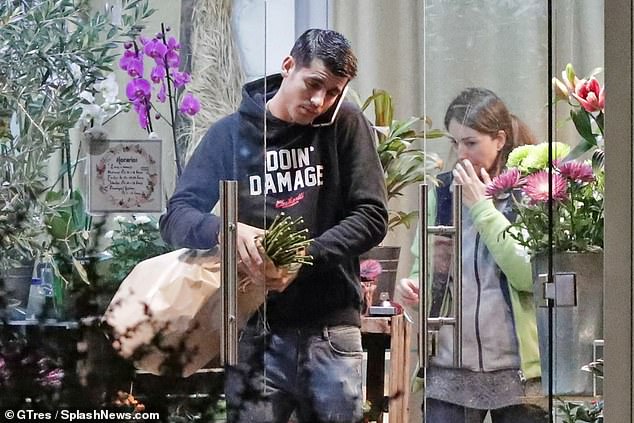 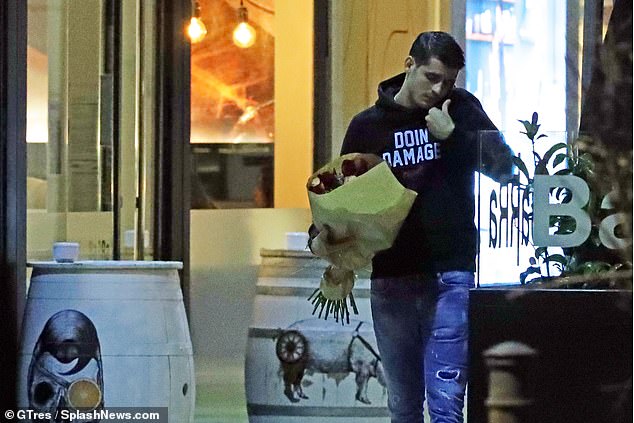 Following the purchase, he then met Alice and the pair embarked on a search for a new car as they completed their move to the Spanish capital.

The married couple looked around a Mercedes Benz garage along with a friend, checking out several different vehicles.

The Madrid-born striker left Real Madrid in 2017 to join Chelsea, but failed to establish himself in the first team while in west London. 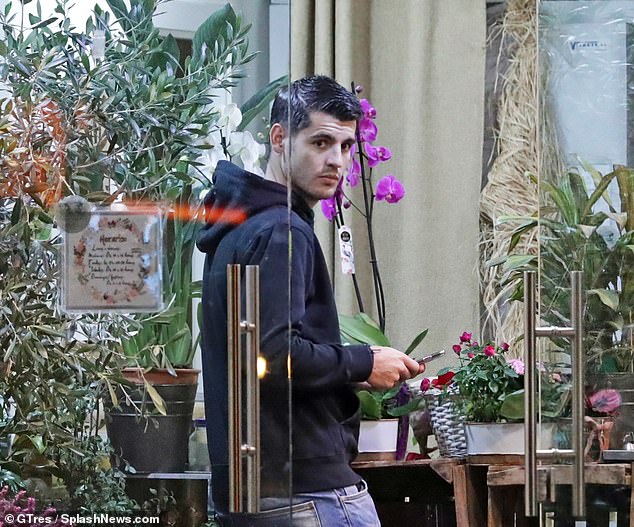 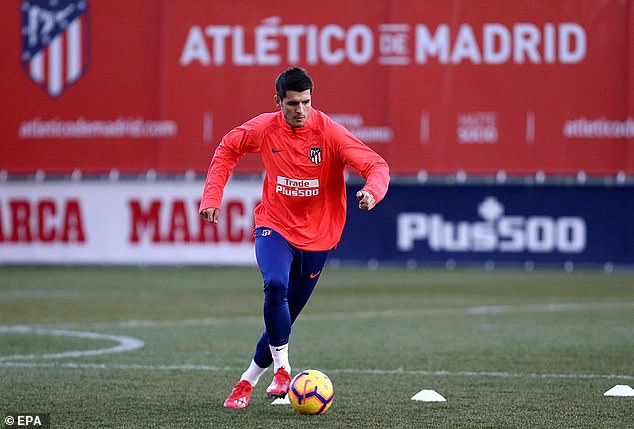 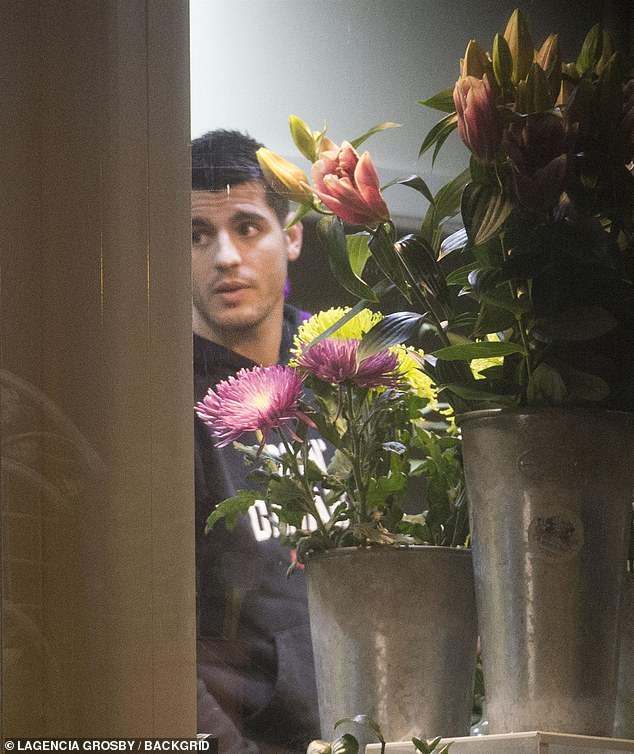 He managed 24 goals in 72 games while at Stamford Bridge, but pushed for a return to Spain.

He was granted an end to his misery after Chelsea secured the loan signing of Gonzalo Higauin from Juventus.

Having been with him in England, his wife and sons also returned to Spain with him earlier in January, as Morata waited for the protracted move to be completed. 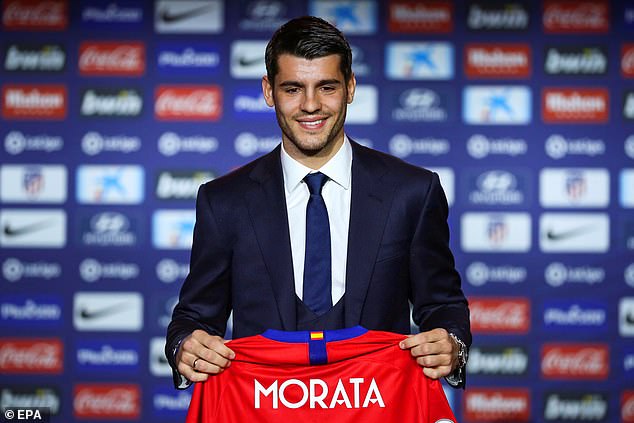 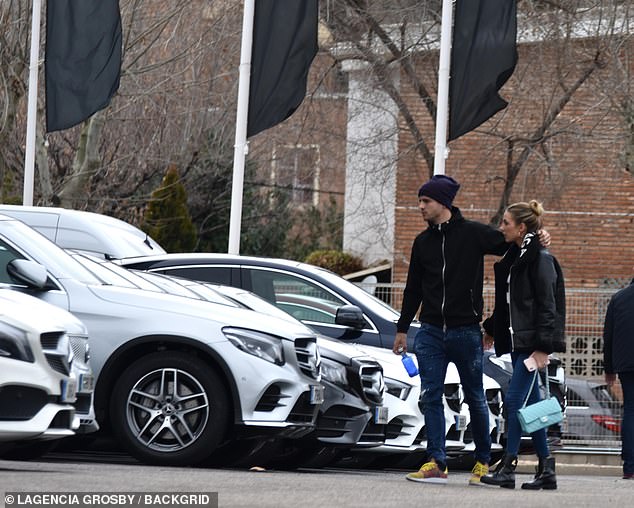 Morata and Campello became engaged in December 2016 when the striker proposed on stage during a magic show in Spain.

After marrying in June 2017, the couple welcomed twin sons Alessandro and Leonardo a year later on July 29.

Morata met the model in Italy while he played for Juventus in 2016, having initially left Madrid for the Turin giants in 2014.

Real then re-signed the striker in 2016, where he spent on season before his move to England.

On sealing a return to Spain, Morata said at his unveiling: ‘I’m absolutely made up and so proud to be here, he told a press conference after signing his deal.

‘There were other offers but all that stopped when Atletico came into the equation. I’m here and it’s brilliant. I can’t wait to train with my new team mates.’ 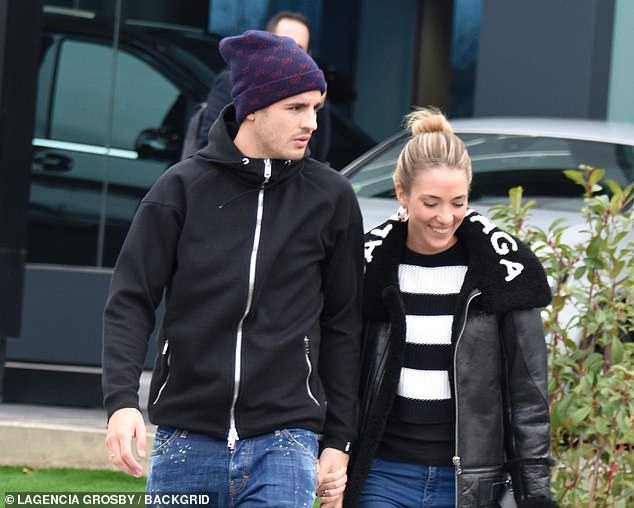 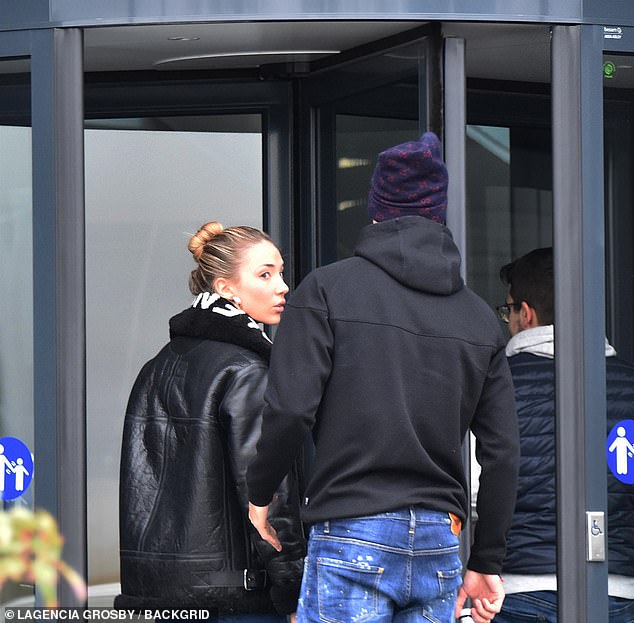 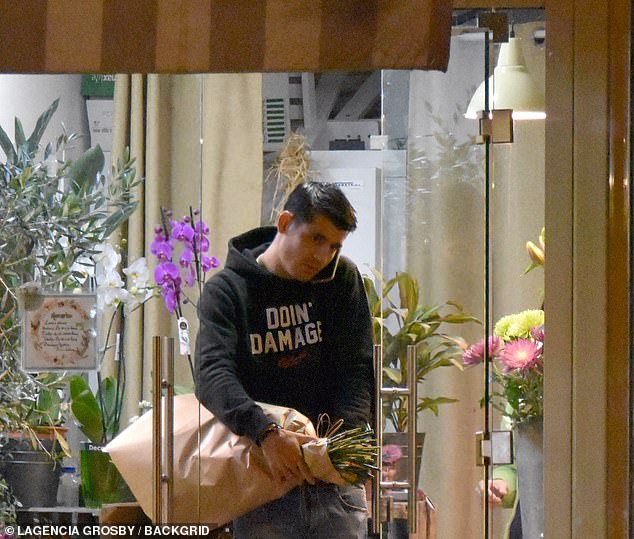