The majority of the drivers complained throughout Friday over the severe lack of grip the newly resurfaced Istanbul Park was producing but rain on Saturday exacerbated the problem further in the final session before qualifying.

Verstappen though was quickest once again for Red Bull, with Lewis Hamilton one of three drivers down at the bottom having failed to set a lap time after choosing to stay in the garage. 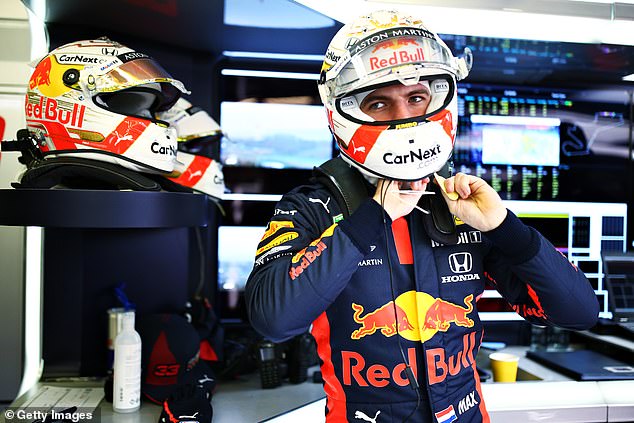 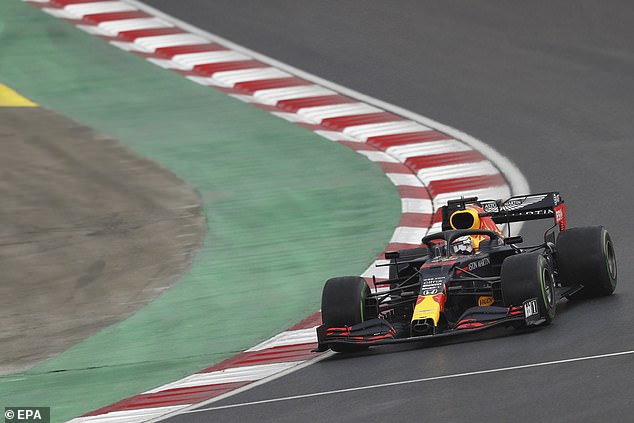 Charles Leclerc was once more an impressive second for Ferrari while Verstappen’s Red Bull team-mate Alex Albon was third.

Hamilton heads into the weekend knowing he only has to finish ahead of Mercedes team-mate Valtteri Bottas to match Michael Schumacher’s record of seven world championships but he was far from happy with track conitions.

‘This is as close to driving on ice as you can get,’ Hamilton said over the radio. He completed another short trip to the circuit in the closing stages, reporting the conditions as ‘shocking’. 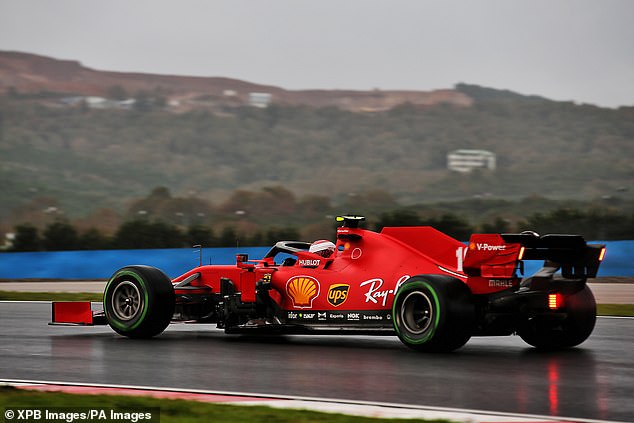 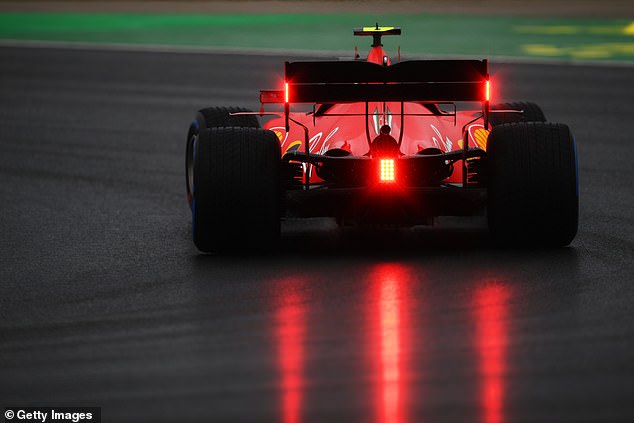 Like Verstappen, Leclerc has been one of the drivers best able to cope with the conditions

And although Hamilton has, like most drivers, struggled to generate heat in his tyres, the problems also seem to be hitting Bottas who was eighth fastest.

Bottas was over seven seconds down on Verstappen’s best effort of 1:48.485 on a weekend where he must win to have any chance of taking the title fight on to Bahrain next time out.

Although the very wet conditions, which worsened during practice, are unlikely to gauge a proper reading of outright pace, qualifying is still set to be unpredictable in Istanbul.

The newly resurfaced track and low temperatures have left drivers comparing conditions to like driving on an ‘ice rink’ and Hamilton had described the conditions as s*** with a capital S on Friday.