LAW DEBENTURE INVESTMENT TRUST: The UK-focused firm whose boss is not unduly worried about Brexit uncertainty

By Jeff Prestridge for The Mail on Sunday

Although its name gives little away, Law Debenture attempts to deliver a mix of capital and income growth for shareholders by investing in the UK stock market.

It’s a job the manager does quietly and effectively, although this investment trust is a little different from most of its rivals.

This is because Law Debenture, a FTSE 250-listed company, owns outright a successful unlisted business called Independent Professional Services that helps it deliver a steadily growing dividend to investors – 18.9p a share last year, a healthy increase of 9.2 per cent on 2017, and an interim dividend for this year announced in the last few days of 6.6p a share (2018: 6p).

IPS provides professional services to companies and pension schemes, accounts for more than a tenth of the trust’s £927million of assets and in the first six months of this year increased its revenues by a healthy 6.9 per cent.

Among its many services, it runs whistleblowing subsidiary Safecall that allows employees of subscribing companies to report in confidence issues of concern that if not acted upon quickly could cause reputational damage to employers.

For the past 17 years, the individual in charge of managing Law Debenture has been James Henderson.

Currently, he has the trust 77 per cent invested in the UK although the intention is to take this beyond 80 per cent. In total, the fund has 135 holdings which Henderson says helps protect the trust’s income if one or two holdings cut their dividends.

Although Henderson admits further uncertainty over Brexit could impact negatively on both the value of sterling and the UK stock market – and by implication the trust’s assets – he is not unduly worried.

Indeed, if the market weakens, he says he will increase the trust’s borrowings so that he can buy more equity exposure on the ‘cheap’. 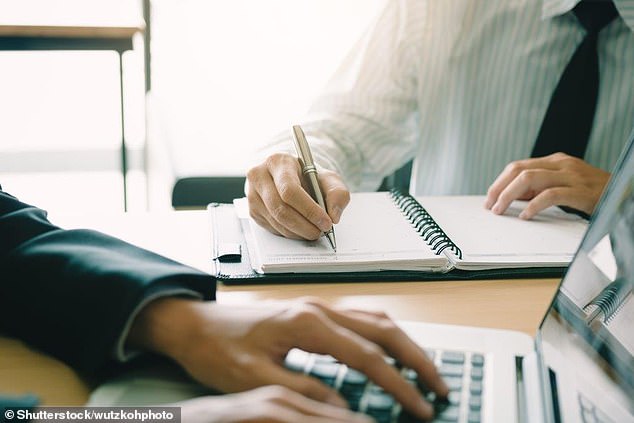 For the past 17 years, the man in charge of managing Law Debenture is James Henderson

He believes shares in companies such as claims management specialist Redde and logistics giant Stobart have been sold down too sharply and at some stage should come good again. He has also built a stake in Royal Bank of Scotland.

Henderson adds: ‘I’m gently taking profits from the trust’s successful investments in American companies such as Microsoft and Applied Materials – and investing into the UK stock market which remains cheap. 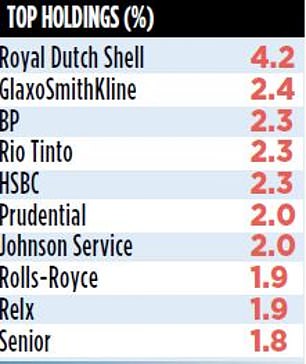 ‘It’s a slow and gentle process and it may not look good for us if a Brexit deal is not struck by new Prime Minister Boris Johnson by the end of October. But at the end of the day, I don’t try to be a politician. It’s the quality of the companies and management I invest in that are crucial.’

James Henderson also manages investment trusts Lowland and Henderson Opportunities that are both invested in the UK stock market.

He says Law Debenture is lower risk because of its greater exposure to FTSE 100 listed companies. The trust’s annual ongoing charge is also more competitive at 0.43 per cent.

This compares with 0.57 per cent and 0.84 per cent for Lowland and Henderson Opportunities respectively.

Over the past five years, Law Debenture has generated a modest total return of 34 per cent for investors. This compares with a 36 per cent return from the FTSE All-Share Index.

The trust has more than a year’s income stashed away in reserve which should send out a reassuring signal to anyone wishing to buy shares for the future dividends it will pay.

Tesla tanks after revealing biggest ever drop in deliveries