Justin Rose overcame some early wobbles to post a gutsy two-shot triumph in the Farmers Insurance Open in California last night and cement his position as world No 1.

In achieving his 10th success on the PGA Tour, the 38-year-old became the first Englishman since Jim Barnes in 1937 to make it into double digits for victories on American soil.

This latest triumph was all the more remarkable since it came just a month after he switched club manufacturers, and with a new caddie as well in Gareth Lord —who caddied for Henrik Stenson for many years — as Mark Fulcher, the man who has carried his bag for the last decade, recovers from heart surgery. 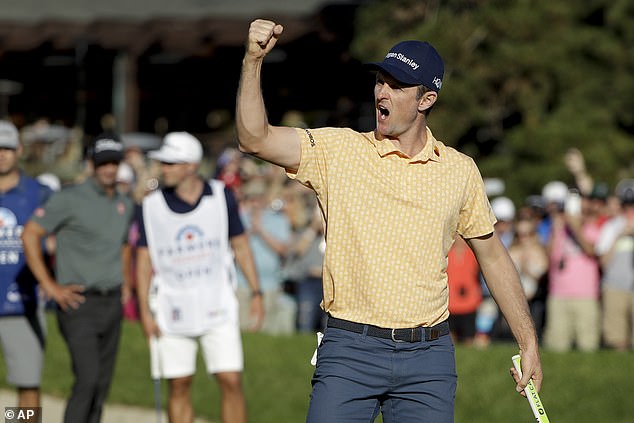 ‘Everything that could have gone wrong did go wrong. This was not the smooth start I was looking for,’ said Rose of the first few holes.

‘It was an awesome feeling to get it done today,’ he added. ‘It just affords me some patience. I don’t have to chase points. I can build my schedule around the majors.’

Rose began with a three-shot lead but it soon became clear this was going to be far from a stroll as he suffered three lip-outs in the first six holes.

Now his lead over Adam Scott and Jon Rahm was just a stroke, while Rory McIlroy, who had begun seven shots behind, was on the march and just three back.

A test of character for Rose, therefore, and as so often one he passed with considerable aplomb. A much-needed first birdie of the day at the 7th was followed by two more at the 9th and 10th, and now he was four shots clear. 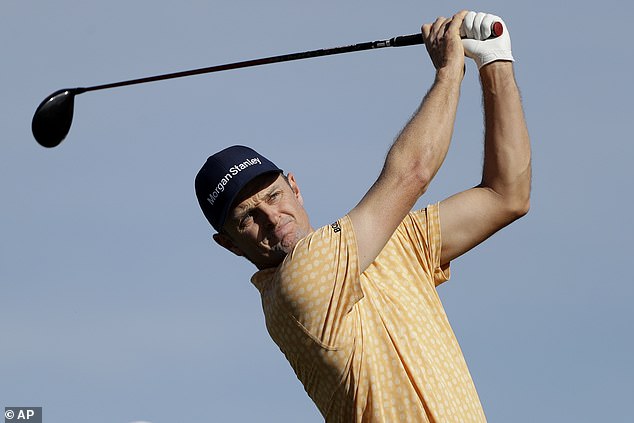 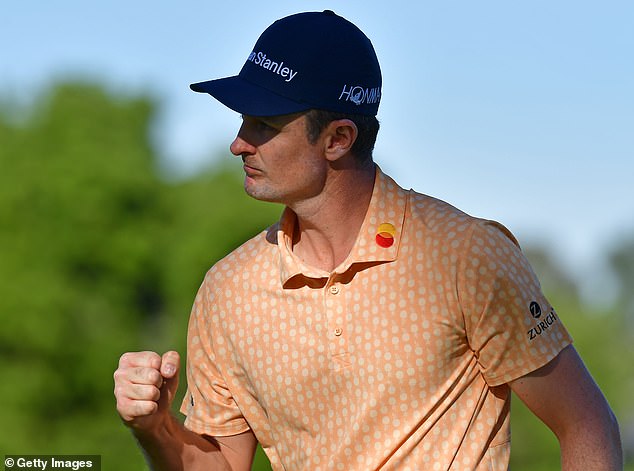 On a tough course like Torrey Pines — the scene of Tiger Woods’s last major triumph, at the 2008 US Open — there’s little hope of catching a supreme shotmaker like Rose with so few holes to play.

Rose put on a front-running clinic coming home to hold off Scott with a 69 for a 21 under par total and a first prize of $1.3 million. Scott, who hit birdies on the last four holes, carded a 68 to finish second on 19 under, while McIlroy joined Rahm and Australian Jason Day in tied fifth after a 69.

In his first event of the new season, Woods got something going with a back nine played in 31 shots for a 67 to move inside the top 20.

On the European Tour, Bryson DeChambeau had insisted on Saturday he had still to find his A game, despite the fact he had grasped the lead going into the final round of the Omega Dubai Desert Classic. 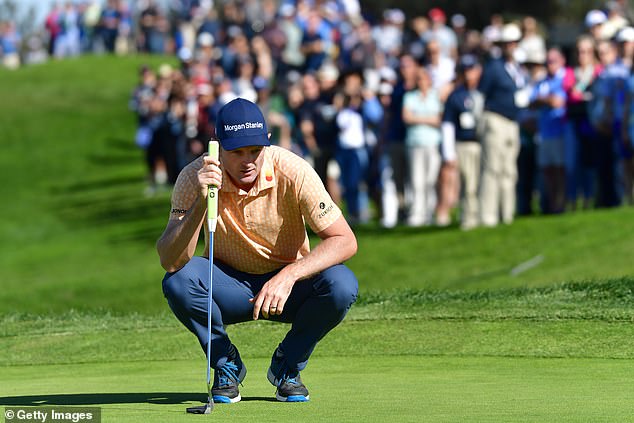 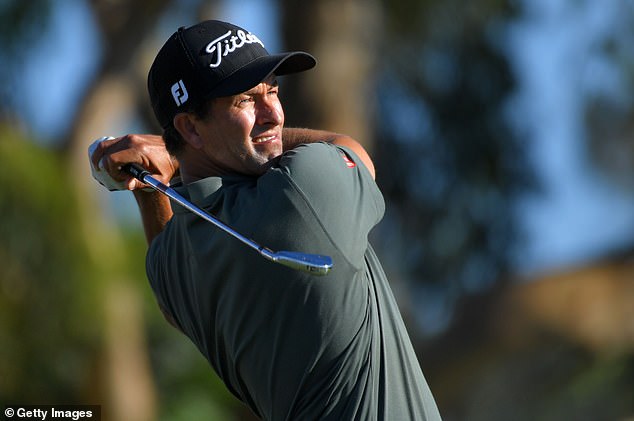 If that came across as just a touch of American baloney, the 25 year old from Modesto, California dispelled the notion emphatically yesterday with a round that was anything but modest.

Indeed, no-one was left in any doubt as to what he had been driving at earlier, as he upped his game appreciably with an impressive final round 64 for a tournament record score of 24 under par and a runaway seven stroke success over England’s Matt Wallace. What a way to win your first tournament outside America, and first on the European Tour.

‘I executed a lot of great shots, and it feels incredible to get my first win worldwide,’ he said. ‘I had an ambitious goal of 25 under in my head and I almost got there.’

Two of the last three winners of this event have gone on to win the Masters at Augusta a couple of months later, and DeChambeau demonstrated he has got all the tools to follow in the footsteps of Danny Willett and Sergio Garcia.

This was his fourth win in his last eight starts on the PGA and European Tours, and the fifth in his last 15. Dismissed as a ‘mad scientist’ when he first emerged less than three years ago, with irons that all have the same length of shaft — the length of a seven iron — and golf balls that are tested in Epsom salts for balance, it is clear the physics major has unearthed a winning formula for geeks.

‘My recent results do feel like a vindication for doing it in a different way,’ said DeChambeau.

Braves one game from World Series after convincing win over Dodgers, 10-2

Braves one game from World Series after convincing win over Dodgers,...

Which English stopper has performed best this season in the Premier...