A team of French researchers discovered that these ‘Mach disks’ of gas were created around the bottle top when the pressurised gases inside are suddenly exposed to air. 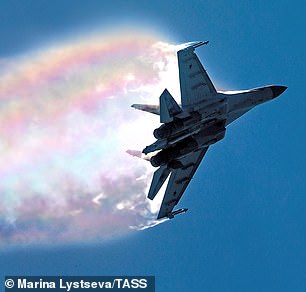 ‘We believe that champagne bottlenecks could be viewed as small rocket nozzles as the CO2/ H2O gas mixture, initially under pressure in the sealed bottleneck, freely expands during the cork popping process,’ said study author Gerard Liger-Belair, of the University of Reims Champagne-Ardenne.

Liger-Belair, 49, has studied the fizziness in sparkling wine for more than 20 years and is the author of Uncorked: The Science of Champagne.

In the new study, his team explained that Mach disks are created by carbon dioxide and water vapour gases in the bottle expanding into the ambient air faster than the speed of sound. 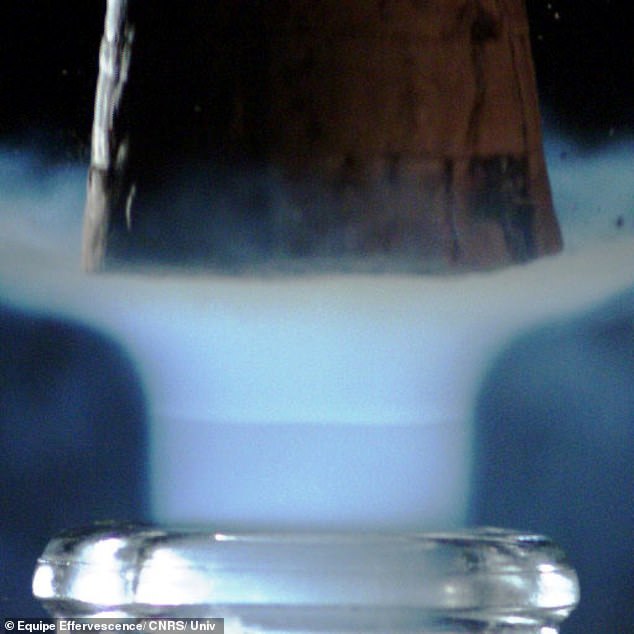 Take off! Carbon dioxide – which is created during the fermentation process to give the wine its characteristic fizz – behaves like rocket exhaust plumes when they expel gases faster than Mach 1 – the speed of sound

That results in a violent drop in temperature that causes the gases to solidify mid-air – creating the iconic cloudy effervescence of champagne.

A feature of this is the creation of Mach disks – standing circular clouds around the main flow of the gases.

As water vapour freezes more quickly than carbon dioxide – which is created during fermentation to give Champagne its fizz – tiny ice particles create Mach disks when a bottle is uncorked.

These particles – between 40 and 50 nanometres long – create tiny white clouds in a miniature version of what happens when rocket exhaust plumes expel gases faster than Mach 1 – the speed of sound. 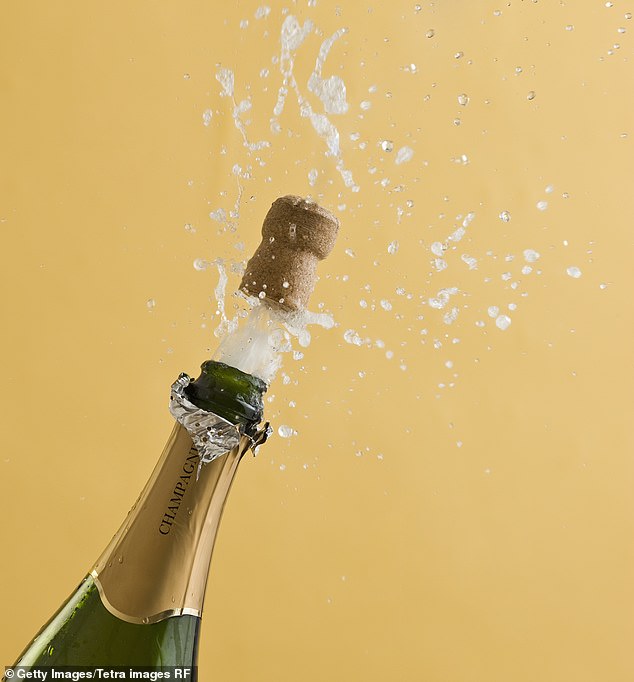 The study also revealed that the warmer the bottle is kept, the more opaque its iconic effervescence is – explaining why uncorking Champagne at 20°C (68°F) creates a faint blue haze which is gray-white and thicker in bottles kept at 30°C (84°F).

‘Unlike the deep blue haze observed for the cork popping bottles stored at 20°C  and, presumably, because of dry ice CO2 nuclei smaller in size than the wavelengths of light, the gray-white freezing plume observed for the bottles stored at 30°C is certainly evidence that the dry ice CO2 clusters that scatter ambient light reach a much bigger size,’ Liger-Belair said.

‘A single batch of six champagne rosé bottles (Vranken Pommery, Marne, France) with 12.5 per cent ethanol, elaborated with a blend of chardonnay and pinot noir base wines in standard 75-cl clear transparent bottles, was used for this set of experiments.’

WHAT ARE HYPERSONIC AIRCRAFT AND WHO IS DEVELOPING THEM?

Hypersonic aircraft are those capable of a hitting speeds five times the speed of sound or more.

The vehicles could be used to deliver missiles, including nuclear weapons, to targets around the world in a fraction of the time achieved by current craft.

Hypersonic vehicles travel so rapidly and unpredictably they could provide an almost-immediate threat to nations across the globe.

Once developed, the gap between identifying a military threat and launching an attack on it will drop from hours to minutes, even at long distances.

Since 2013, China has conducted seven successful test flights of its hypersonic glider DF-ZF.

The vehicle will be capable of speeds of between Mach 5 and Mach 10, or five to 10 times the speed of sound.

US officials tested tested HTV-2 in 2011, an unmanned aircraft capable of Mach 20, but the hypersonic flight lasted just a few minutes before the vehicle crashed.

Lightning Solves Bitcoin’s Speed Problem, But Watch Out for Fraudsters

The optical illusion that ‘breaks’ your brain for 15 milliseconds