Lockdown has offered extended periods of reflection for sports people and Joe Denly has had a lot to ponder.

Not least how spectacularly things have transformed for him in the last decade from a point where his dumping by England on the eve of one of their great modern triumphs plunged his career into freefall to one where he is a hero to a national hero.

Ten years ago on Saturday, England embarked on a trip to the Caribbean which would culminate in their maiden global title. Denly had featured in the build up but was jettisoned from the World Twenty20 squad to accommodate the likes of Craig Kieswetter and Michael Lumb. He did not appear at international level again for eight and a half years. 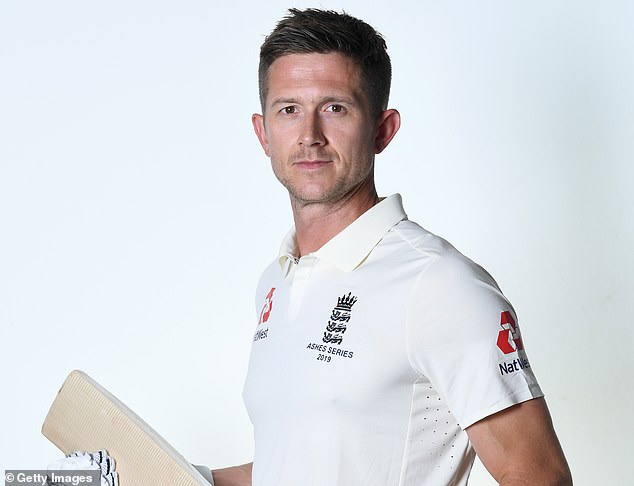 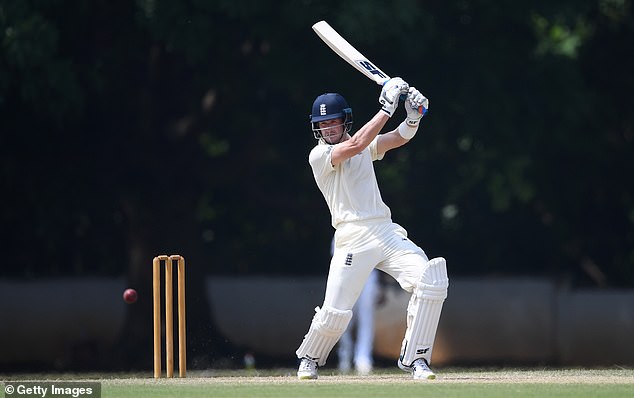 His social media interactions with Captain Tom Moore show how much of an impression he has made since. Days before Joe Root dispatched signed shirts as a thank you on behalf of himself and the team for the soon-to-be centurion’s extraordinary fundraising efforts for the NHS, England’s more ordinary Joe had been showered with praise – ‘My whole family are huge fans of yours!’ – in response to his own personal congratulations.

‘What an amazing thing he has done, and continues to do. Reaching 100 years old is a fair achievement as well, so sending him a little message was the least I could do. I wasn’t expecting a reply but it gave me a warm feeling,’ Denly tells the Mail On Sunday.

Denly is not nearly as recognisable, of course, but has become more familiar to the English cricket fraternity by virtue of holding a place in the most recent national squads for each of the three different formats. Being in such a position is a magnet for scrutiny. A batsman is judged by hundreds, for example, and Denly is yet to celebrate one in 42 England appearances.

But his contributions have gained in significance over the past 18 months and he has managed to deal with external expectations by ignoring them by and large. 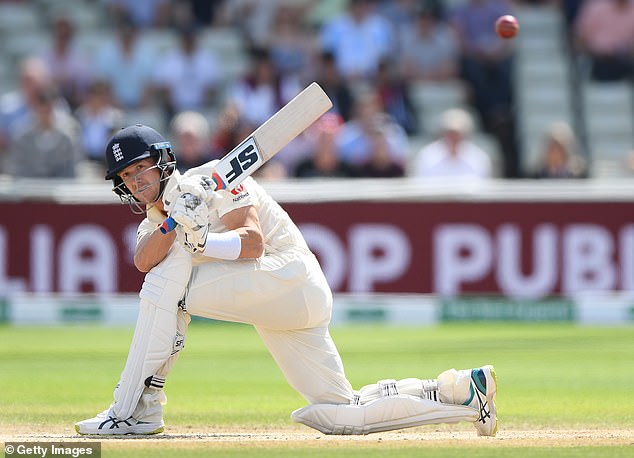 ‘When I made my debut in white-ball cricket over 10 years ago, a lot of my attention was being unnecessarily used up on what coaches, team-mates, opposition were thinking about me. Now I’m pretty content with my game. I know of course, there is always room for improvement but I am no longer worried about others’ thoughts,’ he tells the Mail On Sunday.

‘When you have played at your best you are often asked ‘what were you thinking about?’ Normally, the answer is ‘I wasn’t thinking about a great deal.’ It’s just literally a case of see ball, hit ball and that’s the position I have tried to get myself into.’

This is the simplistic approach the 34-year-old took after a move to Middlesex he had made to enhance his chances of an international recall ended up with him contemplating his time in professional cricket might be coming to an end.

‘I’d reached that much of a low point, playing second-team cricket and not enjoying things too much. in my first year I did okay. But for me, that wasn’t enough. All my focus was about getting back into that England side,’ he recalls.

‘I even changed my grip when holding the bat, which was probably one of the worst things I’ve ever done. From a technical side of things I almost got to the point where I could have held the other end of the bat, to be honest, and it wouldn’t have made much difference. I was like a bowler who got the yips. I had no touch and wasn’t enjoying it.’ 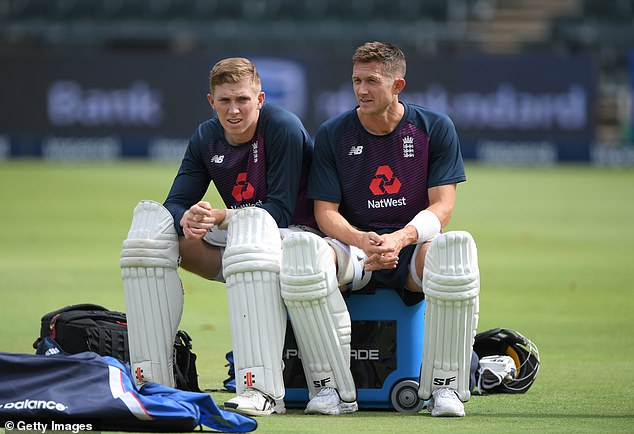 There were consequences away from the game during the summer of 2014. ‘I was living a genuinely unhealthy lifestyle. I was drinking a bit more than I probably should have just to try to take the stress away, and my fitness slumped to he worst it’s ever been,’ he says.

‘The dreaded skinfold tests we have to do to measure our body fat were at a record high for me.

‘I literally reached a point where I was scared about what the future held. So a phone call I got from Rob Key to see if I would be interested in making the move back to Kent was probably a bit of a lifeline. I still had another year left on my Middlesex contract but when I went in to speak to Angus Fraser, understandably, he didn’t put up much of a fight to keep me. I’m thankful for that.’

Denly has made a habit of proving people wrong since. Like the close friends and family who said he couldn’t abstain from alcohol in 2016. ‘I’m not very good at drinking, to be honest. My hangovers were pretty bad at the time and it was a personal thing,’ he reflects. It also raised several thousand pounds for charity. His most bountiful summer of first-class runs (1266) followed, including five hundreds. 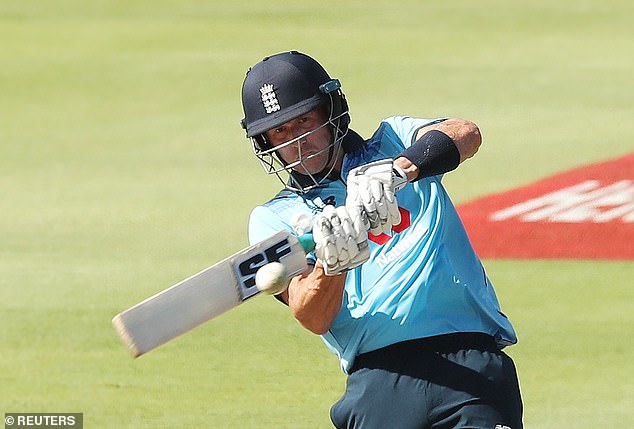 ‘Playing for England was not something I was focusing on at all,’ he says. A little over 12 months later, he was.

A Test average of 30 might leave him vulnerable when Rory Burns returns from injury to increase competition for places but it is to be noted that Denly’s mark jumps to 34.85 since his promotion allowed Root to slip back down to number four. And he showed the versatility of his batting by top-scoring as Ben Stokes’ stand-in during the recent one-day series in South Africa.

‘At number three in Test cricket, I have provided a certain amount of solidity, seen off the new ball reasonably well and got 30s, 40s and 50s. It has got the team into a good starting position but

‘I think the one negative, and a disappointing thing for me, is that I haven’t kicked on and got a few really big scores, which is what us top-order batters pride ourselves on,’ he says, from the home on the Kent coast he shares with wife Stacy, three-year-old son Henry and daughter Rosie, who was born in the small hours before Denly’s Test-best 94 versus Australia last September. 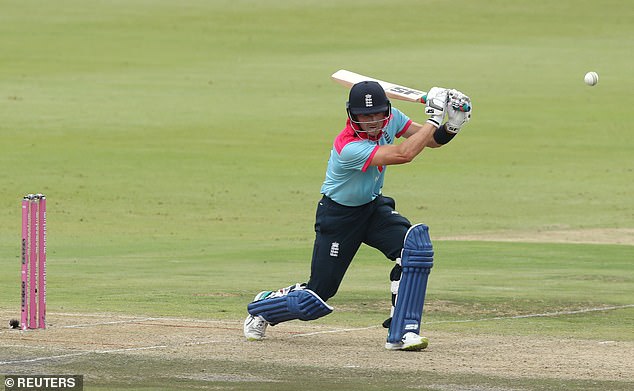 During this Covid-19 enforced hiatus, Denly has also had time to consider that 2020 might be the year his career comes full circle after losing out to Kieswetter and Lumb in a shoot-out match between England and England Lions in February 2010: ‘They both smacked it everywhere and we ended up swapping positions. It was probably the right call.’

There will be less than three months to go until October’s Twenty20 World Cup when cricket resumes this summer, though, and he is well positioned for one of 15 places again.

‘I think the role might be a little bit different. As far as top-order batters go in this current England T20 side, there are a few. So it might be a middle-order position, with my leg-spin utilised a bit more. I just want to enjoy these moments while they are here. And I’m excited about what the future holds.’