Television presenter and farmer JB Gill says the best money decision he ever made was investing in property.

The 34-year-old used to earn big money as a member of boyband JLS. He now lives in a £1.7 million farmhouse with wife Chloe and children Ace, six, and two-year-old Chiara, and runs a successful turkey farm business.

Gill, who is a Christian and presents the BBC’s Songs Of Praise, told DONNA FERGUSON that if he were made Chancellor of the Exchequer, the first thing he would do is pray.

What did your parents teach you about money?

To save it. From a young age, I used to save a little bit of pocket and birthday money. I was always encouraged to spend some and save the rest. That’s stuck with me. Both my parents were self-employed.

My mother was a freelance nurse counsellor. She advised the NHS on blood disorders and was in charge of the sickle cell and thalassaemia [blood disorder] screening programme. My dad is a carpenter and was involved in building construction.

I had a typical middle-class upbringing. My parents invested well and bought property, so we owned our own home. I went to a state primary school but a private secondary. Education was important to my mother and she worked hard to be able to afford my private school fees. It wasn’t easy but she managed.

Have you ever struggled to make ends meet?

Yes. About two years after I left JLS, my wife and I were looking at expanding our food production business – we sell turkeys – and acquiring a new farm.

We had an 18-month discussion about the purchase with the vendor and costs mounted. All sorts of advisers and architects were involved, which cost us a six-figure sum.

In the end we decided not to go ahead and walked away, but the process left a massive dent in our personal savings.

At the time, I was making the transition from pop star to a career based around farming and television, which was tough.

For about 18 months, it was a challenge to meet all our bills, including my son’s school fees. I don’t know how we did it. I’m a Christian, I pray and I put it down to divine intervention. We made cutbacks and worked hard. We also released equity from our investment properties – and that was our saving grace.

Have you ever been paid silly money?

Yes. When I was with JLS, we were paid five-figure and six-figure sums for private gigs where we would typically do sets lasting no more than 20 minutes. Obviously we’d split these fees four ways.

Once, we were paid a huge amount to have dinner with a wealthy gentleman and his daughters. We didn’t sing at all – we just ate with the family. That was pretty cool. 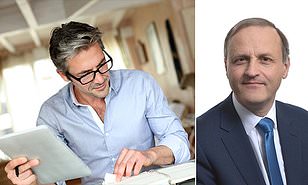 What was the best year of your financial life?

It was 2011. It was a busy year for JLS. I think we’d had five number one records by then, so we had lots of gigs and endorsement deals.

I think we sold 200,000 tickets that year and the band got voted ‘hardest working people in music’ for the amount of touring we did. We worked pretty much every day. My focus, though, was never on the money – it was on the experiences we were having.

I would think about the money at the end of the year when I’d get my accountant’s summary saying: ‘You’ve just made a high six-figure sum’. Then I would say to myself: ‘OK, cool, how can I invest it?’

The most expensive thing you bought for fun?

The best money decision you have made?

I bought a second one in 2011 for £182,500 and still own it. It’s probably worth around £320,000. My parents always encouraged me to invest in property and it’s something I will encourage my children to do.

Do you save into a pension?

I don’t, I should and I want to. I wish someone had told me to save into a pension when I was in JLS. I’ve come to realise late in the day that as a self-employed person I have to save into my own pension.

I am planning to start one soon. I think that when you’re young, you assume you’ll always be able to earn money. You don’t necessarily think about what will happen when you can no longer do that. 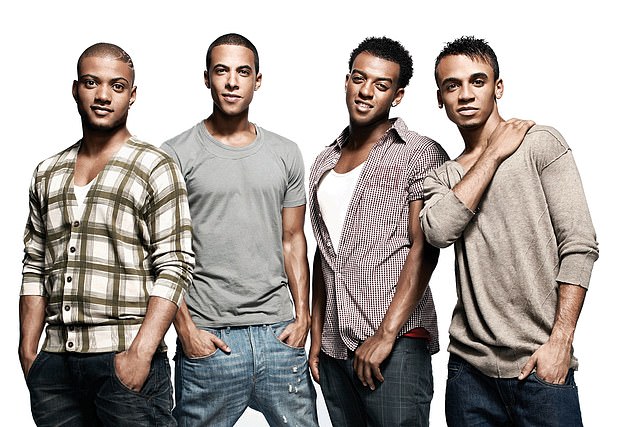 Fame and fortune: JLS, we were paid five-figure and six-figure sums for private gigs

Do you invest directly in the stock market?

No. It’s something I have always been interested in doing, but I’d need more time to look into it. I’ve got two children who depend on me, so I’m quite risk averse.

Do you own any property?

What is the one luxury you treat yourself to?

I like to enjoy a big family holiday. It is my single biggest annual expense of the year. We will typically spend £10,000 on a two-week holiday.

If you were Chancellor, what would you do?

Pray, for sure. That aside, I would invest in renewable energy such as solar and wind power and build more infrastructure for electric cars. I think that renewable energy is the future and it is what we as consumers should be using.

Do you donate money to charity?

I do. I donate to Mercy Ships. It’s a charity that runs large floating hospitals on cruise ships. They visit the west coast of Africa and deliver free life-saving treatment for the people who live there.

What is your number one financial priority?

To try to make money while I sleep and reduce my liabilities. I want to own my properties outright and have the financial security to know I don’t need to worry about working to pay the bills.

JB Gill is an ambassador for the Jordans Farm Partnership where every Jordans farmer works with experts from their local Wildlife Trust to set aside at least ten per cent of their land for wildlife to flourish.