By Press Association and This Is Money

The competition watchdog has warned that JD Sports’ deal to buy high street rival Footasylum could lead to ‘higher prices’ and ‘worse choice’ for customers.

The Competition and Markets Authority (CMA) said it is ‘concerned’ about the £90million acquisition which was agreed earlier this year.

The regulator said it also believes the deal could result in a ‘worse shopping experience for customers’ as it brings together two of the UK’s largest sports fashion retailers.

A further phase two investigation will take place unless JD Sports provides a solution to address the CMA’s concerns of lessening competition, it said.

Colin Raftery, senior director at the CMA, said: ‘JD Sports is already by far the largest player in the growing sports fashion sector, so any deal that results in it buying up one of its closest competitors could clearly give cause for concern.

‘Our investigation has shown us that JD Sports and Footasylum have been competing strongly across the UK, with a sports fashion offering that few other retailers are able to match.

‘That’s why we’re concerned this deal could lead to higher prices, less choice and a worse shopping experience for customers.’

JD Sports is the UK’s largest sportswear retailer after recently overtaking Sports Direct to become the biggest on the high street. It has more than 400 stores and also owns other retail brands such as Size?

JD Sports defended the move, stating it believes there will be ‘significant operational and strategic benefits’ from the combination of the businesses. 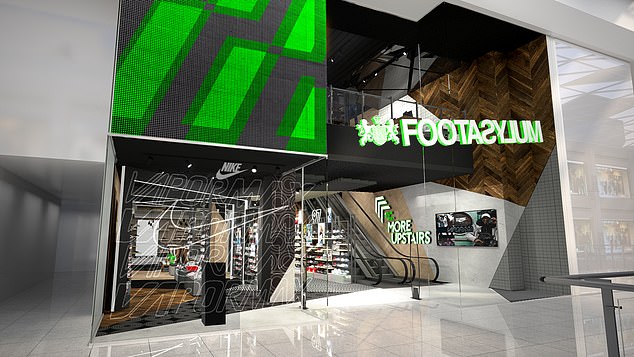 Peter Cowgill, executive chairman of JD Sports, said: ‘We continue to believe that Footasylum would be a positive addition to the group, bringing a differentiated customer demographic and fashion-led product range that is complementary to our existing business.

‘Our discussions with the CMA are ongoing as we consider whether to proceed to phase two or if acceptable remedies can be agreed at this stage.

‘We look forward to working constructively with the CMA in this regard and will provide further updates in due course.’

JD Sports acquired the competitor in March, a month after it purchased a 19% stake, and told investors that it would not purchase Footasylum outright.

Restrictions had been in place regarding the number of shares which JD could purchase in the company but these were lifted in February.

Only Fools The Musical worked out lovely jubbly for me |...

Bitcoin Be Mine: Celebrate Valentine’s Day the Crypto Way

Insurers are failing our army veterans by refusing them life cover

Is it time to change the capital gains tax rules?