‘Why are you so mad? Try to understand that I do want you as a fan’: James Milner channels his inner Eminem as Liverpool man hilariously responds to fan in the style of hit song ‘Stan’ after being called out for not replying to their tweet

Liverpool’s James Milner has posted a hilarious response to a disgruntled follower on Twitter in the style of American rapper Eminem.

The 33-year-old used adapted lyrics of hit song ‘Stan’ when responding one fan’s tweet, much to the amusement of his 507k followers.

The fan first sent Milner a bizarre tweet asking where he could purchase under shorts similar to those of former Reds number seven Luis Suarez. 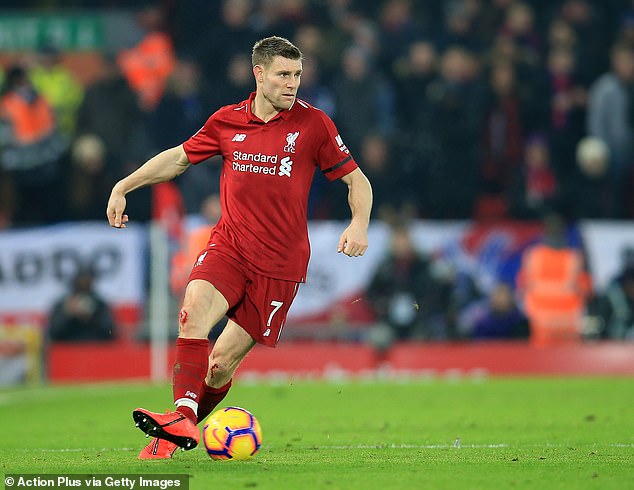 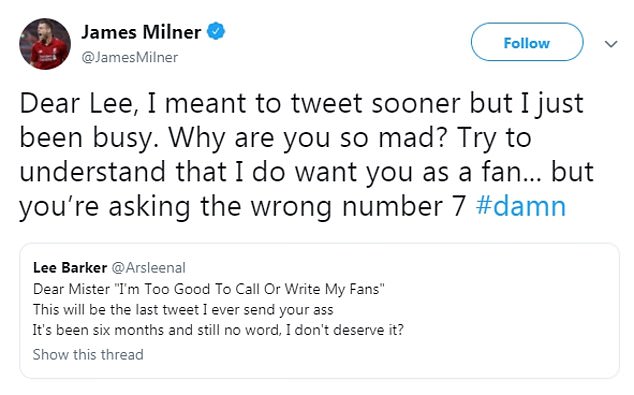 The tweet humorously referred to the former England international as ‘Mister”I’m Too Good To Call Or Write My Fans”‘.

Eventually Milner tweeted a light-hearted reply, explaining: ‘I meant to tweet sooner but I just been busy.’

The former Manchester City man continued to quote the song, pleading with the follower to ‘Try to understand that I do want you as a fan.’ 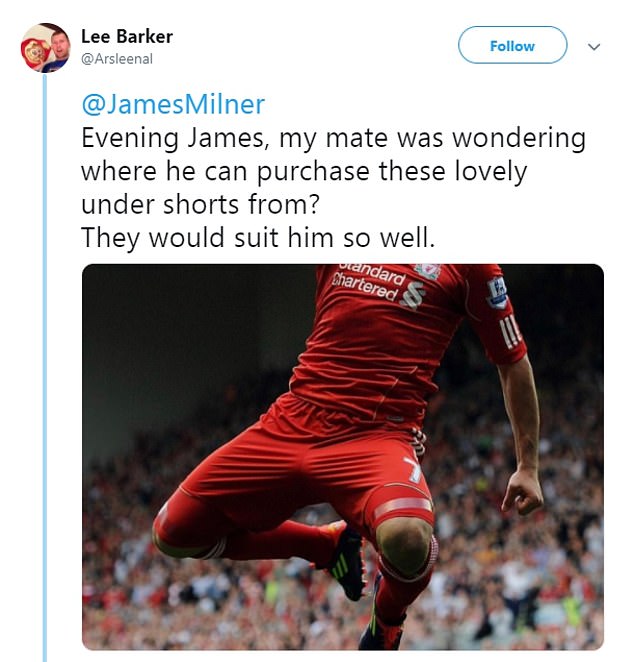 But the current reds number seven Milner pithily told the follower that he had asked the ‘wrong number 7 #damn’.’

Milner will be available for selection at the London Stadium after serving a suspension for a red card received in the 4-3 victory over Crystal Palace.

2020 Rocket Mortgage Classic: What to know about the event

The best and worst performing funds of 2020 so far: Technology,...

Pregnant wife, 32, ‘chops off husband’s penis’ after discovering he’s a...

Rafa Benitez goes on attack against Newcastle’s hierarchy and says he...