‘I’m more than happy here and my intention is to be here longer’: Ivan Rakitic dismisses potential Barcelona exit… and reveals he has ‘nudged’ president to begin contract extension

Ivan Rakitic has dismissed rumours linking him with a move away from Barcelona and insisted he wants to open talks with the club about extending his contract.

The midfielder has become accustomed to dealing with speculation over his future in recent years and moved to rubbish the latest reports suggesting he could be heading to Chelsea in the summer.

Rakitic, who has been an integral part of Barcelona’s success since joining five years ago, has again played down talk of an exit and hinted that he intends to stay at Barcelona for the foreseeable future. 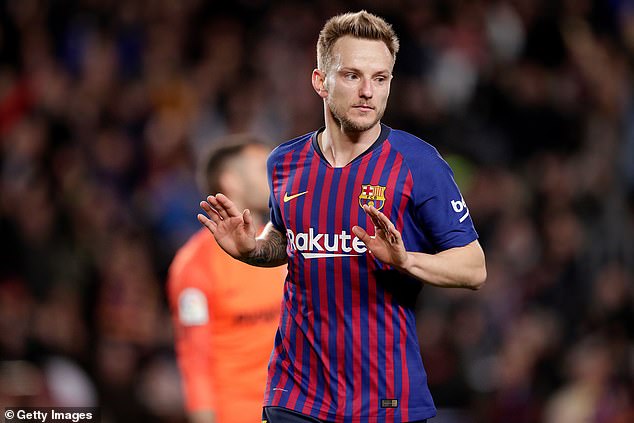 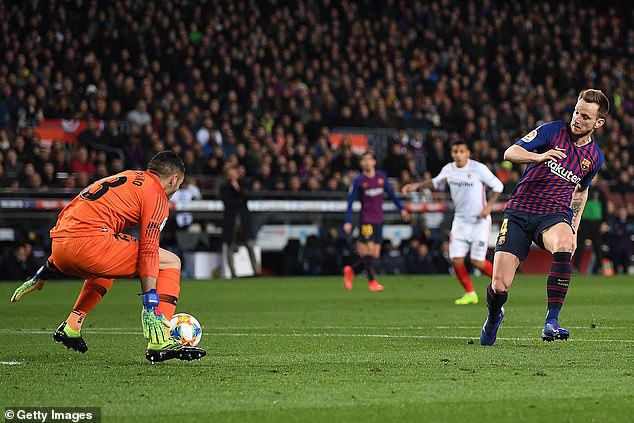 ‘Since I’ve been here I do not know how many times I’ve left and I’m back,’ he said after Wednesday evening’s Copa del Rey victory over Sevilla.

‘I’m more than happy here and my intention is to be here longer. The other day I gave the president a little nudge to see if he would start my renewal.’

Reports in Spain emerged this week claiming Rakitic is a potential target for Chelsea in the summer following the £65million acquisition of Frenkie de Jong from Ajax. 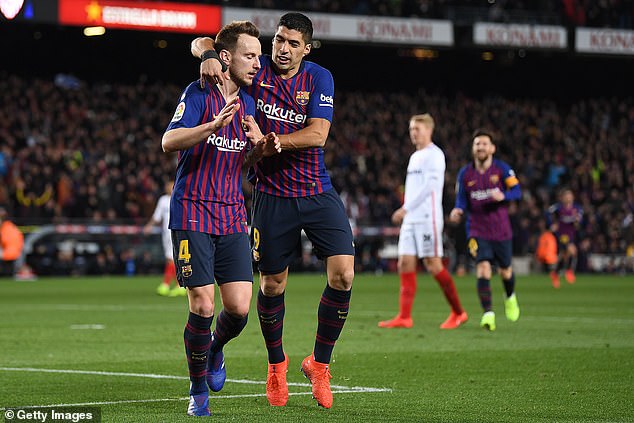 However, the Croatian international is understood to be confident of playing a significant role despite the arrival of the highly-rated De Jong.

The midfielder got his name on the scoresheet on Wednesday night to help Barcelona overturn a two-goal deficit against Sevilla and qualify for the Copa del Rey semi-final.

In other transfer news, Barcelona have just completed the loan signing of Sao Paulo forward Gabriel Novaes and have an option to buy the 19-year-old Brazilian permanently while Denis Suarez is near to finalising his move to Arsenal.

What Lies Ahead: Conversation With Top Internova Advisors

Bitcoin whales selling to institutions as Grayscale adds 7,188 BTC in...

Paul Scholes: football at Manchester United has been s**** since Sir...