By Ray Massey Motoring Editor For The Daily Mail

Boris Johnson this week urged the nation to enjoy a ‘staycation’ in Britain, as part of the Government’s plans to ease the lockdown in England from next weekend.

With campsites and hotels able to reopen from July 4, there has already been a surge in interest in campervans that provide flexible, mobile and self-contained accommodation.

Manufacturers say they are getting calls from both stir-crazy couples and families wanting to explore the country safely and avoid the hassle of travelling overseas and quarantine on return.

A day in the sun: Manufacturers say they are getting calls from both stir-crazy couples and families wanting to explore the country safely

Campervans are ideal for creating self-contained hotels-on-wheels — ‘bubbles’ with beds, fridges, cookers, kitchen and often a shower on board.

And there’s a good choice on the market to buy or rent.

Volkswagen is a leading player with its recently launched, and refreshed, California 6.1. It costs from £55,339 in Coast trim, up to £69,889 for Ocean. Based on the Transporter van, the 2.5-ton 2m-tall model sleeps four and has a raised roof. It comes with a table, cupboards, double gas hob, kitchen sink, a side awning and a sleeping space.

In March and April, online requests for quotes went up 250 per cent for the California. Nearly 1,500 were sold in Britain last year. They are factory built — not conversions — and can be serviced at VW’s 97 UK van centres and authorised repairers.

Horsham-based converter Sussex Campervans turns a Renault Trafic or Nissan NV300 into its Manhattan and Paradise ranges, from £41,995 to £51,995.

If ‘glamping’ is more your style, then bespoke luxury motor home firm GlamperRV.co.uk offers an office-hotel on wheels, from £75,000 plus VAT.

The no-frills sibling of Renault is the first car firm to offer ‘bi-fuel’ Liquid Petroleum Gas (LPG) and petrol versions of its cars as cleaner, cheaper alternatives to diesel. 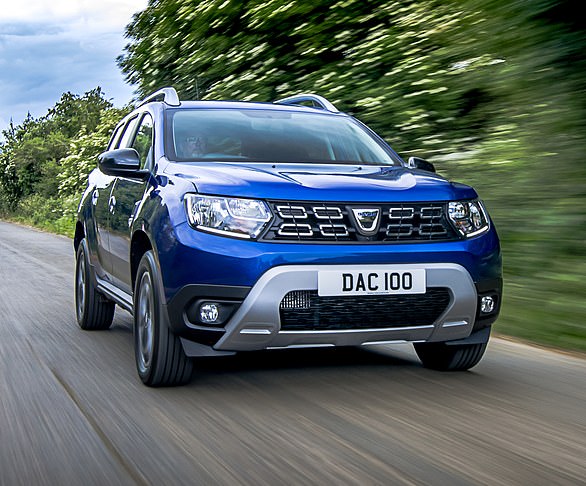 What a gas!: Our man Ray has been driving a new dual-fuel Duster from budget-priced Dacia

They give owners a claimed average saving of £594 on annual fuel bills, or nearly £2,400 over a four-year life of a personal contract purchase, depending on model. They also provide a minimum combined range of more than 620 miles, of which 240 miles is down to the LPG.

The five-speed manual in Comfort trim I tested costs £14,695, though the entry level Essential version starts at £13,195.

Jaguar has re-energised its sporty all-electric I-Pace SUV (above) by boosting recharging speed and itsinfotainment system.

The upgraded zero-emissions electric ‘cat’, with new 11kW domestic wall-box and onboard charger set-up, will provide up to 33 miles of range per hour (up from 22 miles) to customers who have three-phase supplies. 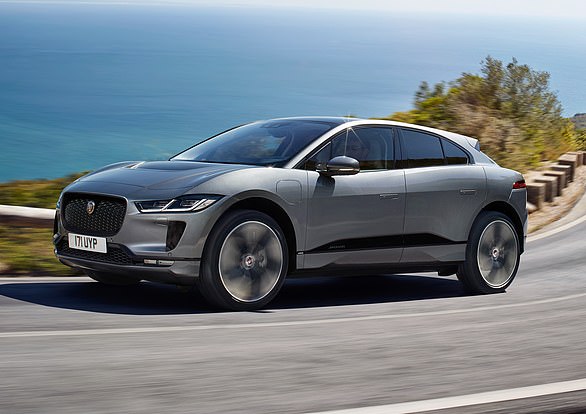 Innovation: The new infotainment system is said to be ‘as intuitive as a smartphone’

Full charge takes 8.6 hours, compared to 12.75 previously. The maximum range of up to 292 miles remains the same. The new infotainment system is said to be ‘as intuitive as a smartphone’.

Renowned Cryptographer Says His Patent Was an Obstacle for Hal Finney

Elvis alive conspiracy explodes with ‘audio of The King speaking after...