Instagram users may want to brace themselves for a lot more advertisements in their feeds.

According to a report from The Information, Instagram is beginning to conduct tests in which some users will see advertisements in the story section of the app, back-to-back.

While a spokesperson for Facebook — Instagram’s parent company — has said that the test is meant to give users a more seamless experience, Facebook has reportedly instructed the photo and video-sharing platform to serve users ‘roughly double’ the amount of ads to bolster revenue.

Instagram is about to get a lot more ad-heavy. A report reveals that the platform will begin testing back-to-back ads in stories. File photo

According to The Information’s report, Instagram has been told to significantly increase the amount of ads on the platform ‘toward the end of last year.’

The push to inject more ads is apparently already underway with several reports detailing a recent, and substantial, uptick.

An investigation from Marketing Land suggests that for every four posts on the platform one of them is an advertisement.

‘We are always improving upon the ad experience. Ad load fluctuates based on how people use Instagram,’ a Facebook spokesperson told AdWeek earlier this month.

‘We closely monitor people’s sentiment both for ads and overall commerciality.’

To help serve users more ads, Instagram has turned to previously ad-less sections of its platform like the Explore tab where many users spend a significant amount of time.

In June, Explore started to feature ads for all users.

The Information reports that Facebook has become concerned over the rising popularity of Instagram which threatens to eclipse its parent company. 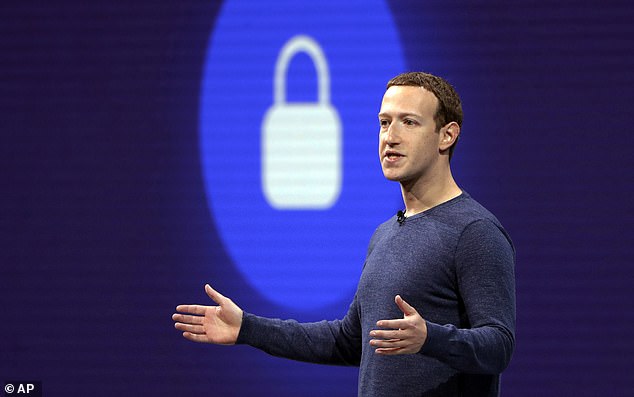 The Information reports that an influx of ads is designed to bring Instagram’s revenue closer to that of Facebook’s.

Tensions between the two entities have reportedly continued to rise since Instagram’s CEOs suddenly left the company last year.

According to The Information, executive Facebook’s have also increased pressure on Instagram to redirect users back to its platform as repayment for helping to grow the service.

For users, the pressure on Instagram to convert its traffic into revenue will likely result in an increasingly ad-loaded experience.

Zuckerberg promised end-to-end encryption for all of its messaging services, which will be combined in a way that allows users to communicate across WhatsApp, Instagram Direct, and Facebook Messenger.

This he refers to as ‘interoperability.’

This could mean, for example, that users set messages to auto-delete after a month or even a few minutes.

‘Interoperability’ will ensure messages remain encrypted even when jumping from one messaging service, such as WhatsApp, to another, like Instagram, Zuckerberg says.

Facebook also hopes to improve users’ trust in how it stores their data.

Zuckerberg promised the site ‘won’t store sensitive data in countries with weak records on human rights like privacy and freedom of expression in order to protect data from being improperly accessed.’