Dozens of victims of the fertility clinic blunder that destroyed 4,000 eggs and embryos are suing the center as they still wait for compensation a year later.

More than 950 families were left distraught after a storage tank failure at University Hospitals in Cleveland, Ohio, allowed their eggs and embryos to thaw in March 2017.

The center first apologized to patients and conceded that they couldn’t bring back what was lost.

But weeks later, they filed appeals to dismiss patients’ lawsuits asking for damages, and began a tussle with the tank manufacturer over who was to blame for the alarm system, which should spot such issues, turning off.

Now, two of the couples filing lawsuits are speaking out, saying the dragged-out ordeal has prevented them from healing, and they are calling on the center to put their woes first.

One victim Emily Petite told a press conference that, when she and her husband Matt got the news that their embryos were lost, ‘we thought, OK, we’ve hit rock bottom from here we will come together as a family.’

‘But University Hospitals has shown us time and time again that the worst is always yet to come.’

Another couple, Kim and Joe Bucar, echoed their words.

‘To have this go on as long as it has has been very difficult. It continues to bring up emotions time and time again,’ Kim said. ‘It’s gone on for so long the healing process isn’t possible at this point and it’s difficult.’ 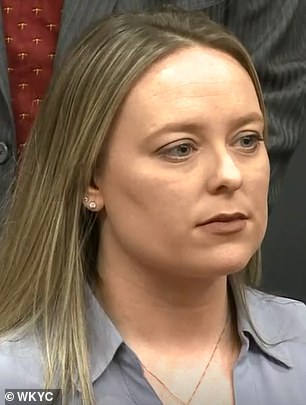 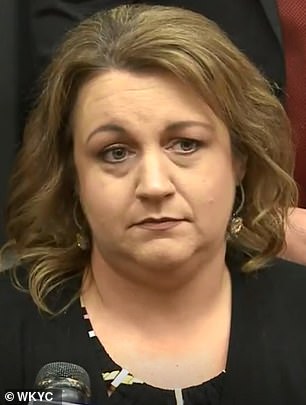 Emily Petite (left) and Kim Bucar (right) were two of the women who lost their embryos in University Hospital’s blunder that destroyed 4,000 frozen eggs and embryos 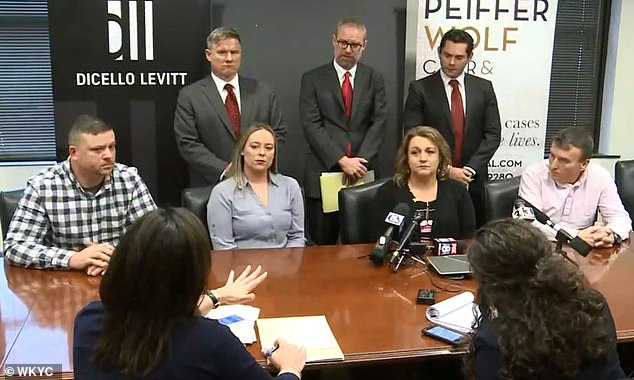 These couples are two of hundreds being represented by Ohio-area firms filing new lawsuits against the top brass of UH.

Emily and Matt Petite, who conceived their son Mason through IVF after thinking they would never be able to conceive, said they had decided to wait until they next.

They had four embryos in storage, and never thought they needed to be concerned.

‘We did some things before we were ready to grow our family some more. We took our son to Disney Land. And we had a plan, we just thought we had time,’ Matt said in the press conference, streamed live by WKYC.

Emily said: ‘When all of this happened just about a year ago, it was the most devastating loss that we have ever felt. It was felt throughout our entire family. Our son who will never have a sibling. Our parents who will never be grandparents again.

‘We have been unable to heal as a family because of University Hospitals.’

She teared up as she remembered UH’s apology last year, saying they had failed the families who’d lost their embryos and eggs. 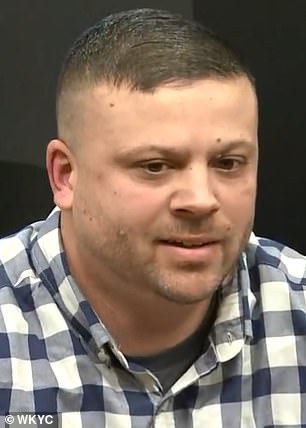 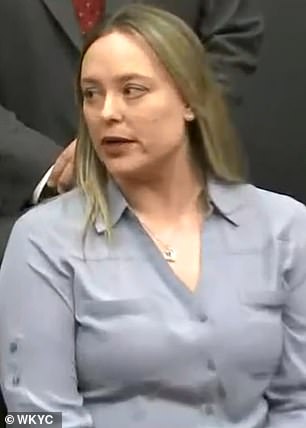 Bigger than us: Emily and Matt say the loss of their four frozen embryos affected their entire families

Kim and Joe, who conceived their first daughter via IUI and their second daughter via IVF, said they had always dreamed of having another, and maybe that it would be a boy – the first in Kim’s family for years.

‘You put all this faith into a hospital system in hope that they are going to protect any possibility that you have of growing your family,’ Kim said.

‘And that decision was taken away from us.’

She added: ‘It didn’t just affect Joe and I, it affected my sisters, my parents, our girls – they all suffer as we do. I come from a family of all girls there was always potential for having a boy in the family.’

All four said they have been asked if they would go through it again.

They say IVF is a ‘miracle’ that allowed them to conceive against the odds.

But the thought of enduring the process again is staggering.

‘I would never ask her to go through that again,’ Joe said, referring to Kim.

‘The amount of chemicals and things that go on. We had 10 embryos, we shouldn’t have to.’ 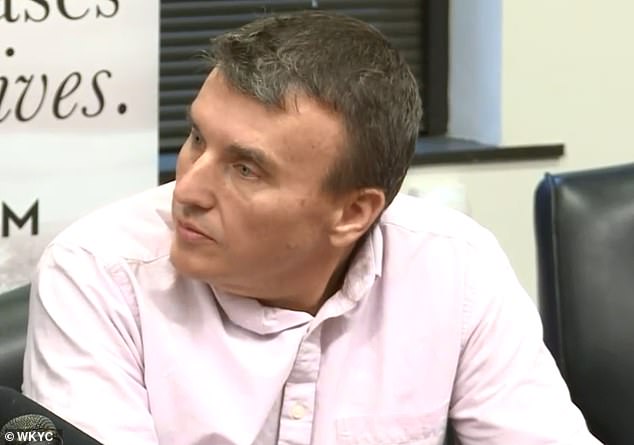 Joe said he would never ask Kim to go through the arduous ordeal of IVF again, and ‘we shouldn’t have to’

Matt said: ‘I would recommend [IVF] to anyone, it gave us our son, something we never thought we could have had.’ But, he added: ‘We shouldn’t have to go through it again. We had four embryos.’

The Bucar and the Petites are just two of hundreds of families who received notices that they’d lost their eggs and embryos last year – and not just in Ohio.

Experts and families say the events should not deter families from IVF.

The first IVF baby was born exactly 40 years ago, but the last decade in particular has seen huge advances in fertility technology.

These days, cryogenics (freezing) is even more ubiquitous than before; even couples undergoing IVF typically freeze their embryos before their transfer (instead of transferring ‘fresh’ straight away) to give the woman’s body time to wind down from the hormone high needed for the extraction.

HIV rates rise FIVE-FOLD in a decade among menopausal women