People tend to feel strongly about matters of sexual morality, such as premarital sex or gay marriage.

Some sources of these differences are obvious. Religion, media portrayals and parents and peers are big social forces that shape attitudes about sex.

But could something as innocuous as the way we look spark these different outlooks, too? In a recently published article, I studied this question.

If you’ve have a lot of sexual experiences in the past, it may color your attitudes toward the vast range of sexual possibilities – even those that don’t directly apply to your own sexuality or personal experience, the researcher says. Stock image

Compared with the rest of us, most beautiful people lead charmed lives.

Studies show that pretty people tend to get favorable treatment. They secure better jobs and earn higher salaries. Others are friendlier toward them.

With this extra money and social support, they’re better equipped to fend off any consequences of their actions.

For instance, the better-looking can get more benefit of the doubt from juries.

Their lives are most charmed, though, in matters of sex and romance. While many benefits of beauty are small – a slightly higher salary offer here, a better performance evaluation there – the romantic benefits are larger and more consistent.

Good-looking people on average have more sexual opportunities and partners.

Could this create a sense, among attractive people, that anything goes when it comes to sex? Could it make them less inclined to value sexual purity?

And might sexually experienced people belittle the moral costs of sex in order to feel better about their own past conduct?

If so, we would expect good-looking people to be the most tolerant ones where sex is concerned.

They would have less restrictive views on issues like premarital sex, abortion or gay marriage.

A link to conservatism?

But you could also argue the opposite.

Higher salaries and greater success in the job market might pull good-looking people toward more conservative views when it comes to taxes or economic justice.

Since conservatives, on average, dislike sexual freedom more than liberals do, identifying with conservatives for economic reasons – or simply moving in conservative social circles – might make the beautiful less, not more, tolerant where sex is concerned.

Along these lines, studies have found that good looks are associated with conservatism among politicians.

Attractiveness could then plausibly associate with higher or lower standards for what sexual activities are morally acceptable.

Or the two arguments could cancel each other out, as one study of college students suggested.

Digging into the surveys

To further explore this issue, I turned to two large, prominent surveys of Americans’ views: the General Social Survey from 2016 and the American National Election Studies from 1972.

Both surveys were administered face-to-face. And, unusually, both studies asked the person administering the survey to evaluate the respondent’s looks on a one-to-five scale.

(The respondent doesn’t see the score. The study’s designers weren’t that heedless of social awkwardness.)

This measure of beauty isn’t rigorous. But it does resemble quick personal judgments made in everyday life.

Moreover, the decades-long gap between the studies gives some sense of whether effects persist across a generation’s worth of cultural change. 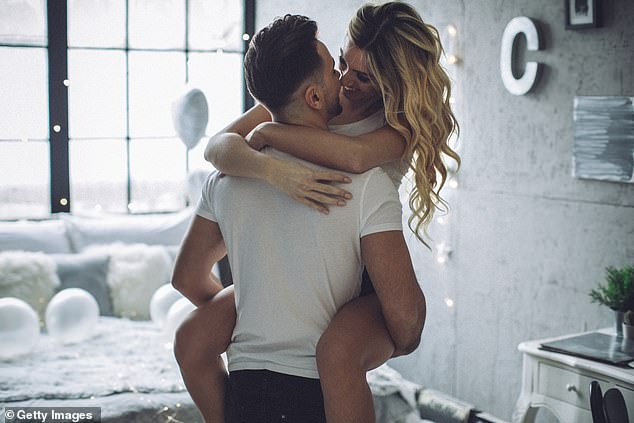 Religion, media portrayals and parents and peers are big social forces that shape attitudes about sex. But could something as innocuous as the way we look spark these different outlooks, too? In a recently published article, I studied this question

The surveys also asked about legal and moral standards relevant to sex, such as how restrictive abortion laws should be, whether gay marriage should be legal and about the acceptability of premarital, extramarital and gay sex.

In both studies, the better-looking seem more relaxed about sexual morality.

For instance, in the data from 2016, 51 percent of those whose looks were rated above average said a woman who wants an abortion for any reason should legally be allowed to have one.

Only 42 percent of those with below-average looks said the same. This nine-point difference increases to 15 points when accounting for factors like age, education, political ideology and religiosity.

This pattern repeated for almost all questions. The one exception was a question that asked when adultery was morally acceptable. Almost all respondents said “never” to that, washing out differences between the more and less attractive.

If past experience is what makes beautiful people more tolerant toward issues like abortion and gay marriage, we would not expect them to be notably more tolerant about matters in which looks don’t apply.

This proves to be true. Good-looking respondents in these surveys aren’t detectably more open, for example, to a legal right to die or to accepting civil disobedience.

These results are consistent with other findings showing that getting away with violating norms can make you more casual about those norms in the future.

Whether in white-collar crime or police violence or international human-rights violations, those who pull off one questionable action often become more willing to justify doing the same, or perhaps even a little more, in the future.

The same could be said for sex.

If you’ve have a lot of sexual experiences in the past, it may color your attitudes toward the vast range of sexual possibilities – even those that don’t directly apply to your own sexuality or personal experience.

The science of love is somewhat of a mystery to many, but scientists have attempted to scientifically define the phenomena.

Many studies from various different institutions has found that there are certain neurological and biochemical clues that come with falling in love.

Numerous brain regions, particularly those associated with reward and motivation, are activated by the thought or presence of a romantic partner.

These include the hippocampus, hypothalamus, and anterior cingulated cortex regions of the brain.

It is thought that by firing up these areas of the brain, it can help to lower a person’s walls.

These areas, when activated, serve to inhibit defensive behaviour, reduce anxiety and increase trust in a new romantic partner.

Biochemical responses to love include oxytocin and vasopressin which are produced by the hypothalamus and released by the pituaitary gland.

This gland is associated with many chemicals which have a range of functions in the human body.

These chemicals serve to increase the most intense stages of love.

They can also stimulate the release of dopamine in the brain, a chemical associated with happiness.

Ethereum Volatility Drops Below Bitcoin’s but ETH Options Are Bearish

Ross Barkley is in last chance saloon at Chelsea but is...

How to hide Amazon orders, keep your privacy from Google and...