A number of hotel booking sites, including Expedia and Trivago, have agreed to a series of changes to end ‘misleading’ sales tactics and hidden charges after an investigation by the competition watchdog.

Agoda, Booking.com, Ebookers, Expedia, Hotels.com and Trivago are the six online hotel booking sites investigated by the Competition and Markets Authority after it raised ‘serious concerns’ over tactics used to pressure customers into booking.

The watchdog probe looked at concerns that practices, such as giving a false impression of a room’s popularity or not displaying the full cost of a room upfront could mislead people, stop them finding the best deal and potentially break consumer protection law. 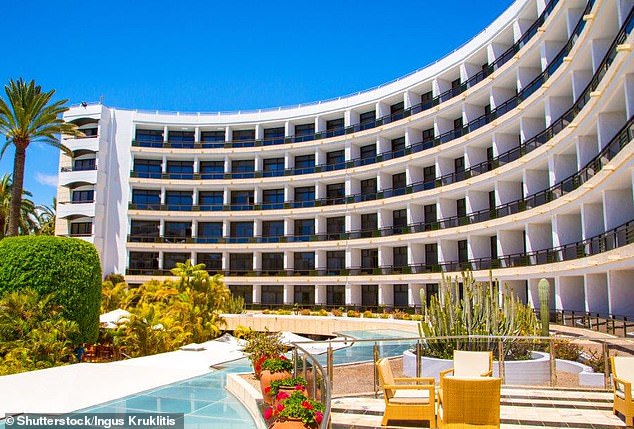 Some of the measures the sites have agreed to undertake include changing their search results so they are clearer, ending pressure selling, making discount claims more transparent and displaying all compulsory charges.

The CMA said the sites have all committed to the measures voluntarily and the regulator will ‘do whatever it can’ to bring the rest of the online hotel booking sector up to the same standard.

It described the measures as a ‘victory for UK holidaymakers’.

Andrew Tyrie, chairman of the CMA, said: ‘The CMA has taken enforcement action to bring to an end misleading sales tactics, hidden charges and other practices in the online hotel booking market. These have been wholly unacceptable.’

Previous research from the CMA has shown that around 70 per cent of people who shopped around for hotels in 2016 used these websites.

The watchdog said that even though not all of the six sites were guilty of using the tactics, they have all still committed to the changes.

These changes must be made by 1 September and the CMA will then monitor compliance.

It will also write to hotel booking sites across the sector, including travel agents, metasearch engines and hotel chains, to explain further how they must comply with consumer protection law.

These other sites must also make changes by 1 September and the CMA warned it will take further enforcement action if it finds any evidence of them breaking the law.

Rory Boland, Which? travel editor, said: ‘We have repeatedly exposed sites like these for using dodgy tactics like pressure selling, sneaky charges, dodgy deals and discount claims so it’s absolutely right that the CMA is taking strong action.

‘These changes must now be swiftly implemented to stop these misleading practices, so customers can trust the deals they’re presented with are really deals and are told the total cost of their room upfront when booking a hotel online.’

An investigation by Money Mail last year revealed a number of ways that hotel sites were misleading their customers, including hotels who pay to be at the top of the page, hotels offering fake discounts and how booking direct could save you money.

What the companies have agreed

The CMA have said the six companies have agreed to the below:

Search results: To make it clearer how hotels are ranked after a customer has entered their search requirements, for example, telling people when search results have been affected by the amount of commission a hotel pays the site.

Pressure selling: To not give a false impression of the availability or popularity of a hotel or rushing customers into making a booking decision based on incomplete information.

For example, when highlighting that other customers are looking at the same hotel as you, making it clear they may be searching for different dates. The CMA also saw examples of some sites strategically placing sold out hotels within search results to put pressure on people to book more quickly. Sites have now committed not to do this.

Discount claims: To be clearer about discounts and only promoting deals that are actually available at that time. Examples of misleading discount claims may include comparisons with a higher price that was not relevant to the customer’s search criteria.

For example, some sites were comparing a higher weekend room rate with a weekday rate or comparing the price of a luxury suite with a standard room.

Hidden charges: To display all compulsory charges such as taxes, booking or resort fees in the headline price. Sites can still break that price down, but the total amount the customer has to pay should always be shown upfront.

Enterprise blockchain solutions rally as businesses get hip to crypto