Publicans have slammed the Chancellor’s mini-Budget for failing to help stricken independent public houses and those focused on serving drinks rather than food.

Summing up the crisis facing Britain’s pubs, a pressure group forthe sector told This is Money: ‘Yesterday’s VAT cut announcement was great news for the likes of Wetherspoons but awful for independent pubs.’

Chancellor Rishi Sunak announced that VAT will be cut from 20 per cent to 5 per cent on food, accommodation and attractions until next January. He also announced a novel ‘eat out to help out’ scheme, offering punters a discount on food from Monday to Wednesdays in August.

But, according to many in the pub trade, much more needs to be done to help a sector in crisis – one which was only given the green light to reopen on 4 July, and in which many sites remain closed. 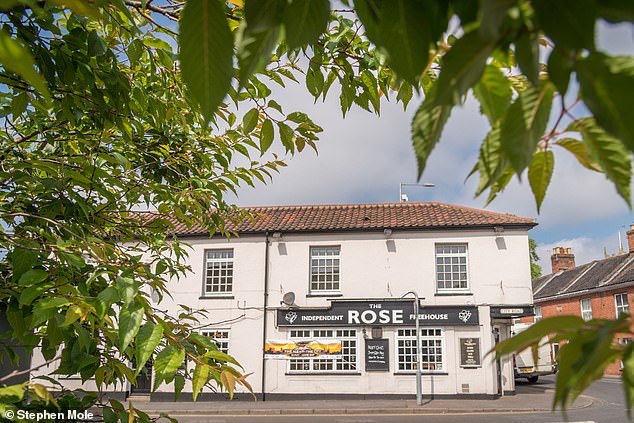 Dawn Hopkins, 50, is vice chair of the Campaign for Pubs and has been a licensee of The Rose pub in Norwich for 17 years.

She told This is Money that thousands of ‘wet-led’ pubs up and down the country had been left ‘dismayed’ at the Chancellor’s statement on Wednesday. Wet-led pubs are those who take most of their earnings from drinks sales rather than food.

Ms Hopkins’ husband died on 20 March just before lockdown and she is running the Rose by herself with a skeleton staff.

Before the pandemic, the Rose sold a small amount of food, accounting for around 10 per cent of the business. But, since reopening on 4 July, Ms Hopkins is unable to serve any food at the pub.

Ms Hopkins told This is Money: ‘Wet-led pubs like mine, with restricted and reduced trade due to Government rules, have been given no support from the Government.

‘The message is that wet-led community pubs don’t matter and that is deeply upsetting when we’ve been working so hard to try to survive this crisis. We urge the Government to reconsider or many of our most beloved pubs will close their doors over the coming months.’ 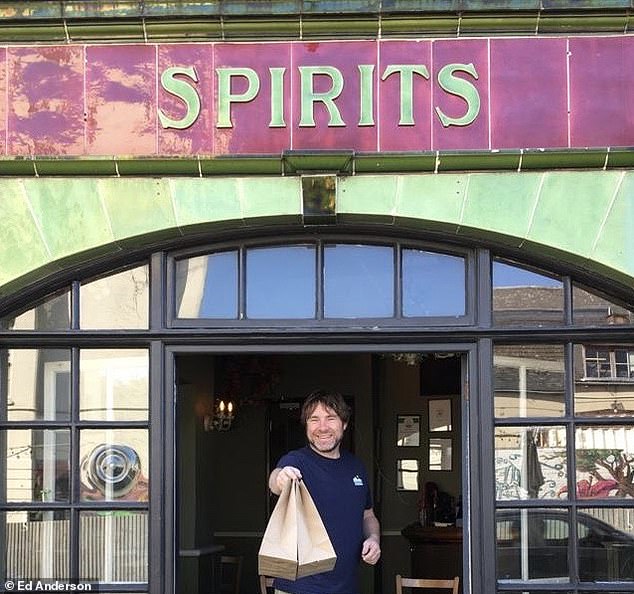 Ed Anderson, 45, runs three pubs in Cheltenham and has over 25 years worth of experience in the pubs trade.

Mr Anderson told This is Money he thinks the Chancellor has dished out help to every element of the hospitality sector apart from pubs.

He said: ‘Pubs are on their knees, opening with restrictions and mountains of debt but have been excluded from the help.

‘This will benefit Wagamama and Costa Coffee but be the nail in the coffin for thousands of independent local pubs. I cannot believe that pubs have been excluded, it’s such an important part of who we are, it’s bewildering that we’ve been left out.

‘I have a £50,000 rent debt and if I’d been given the VAT cut on pints I would have made 50p a pint more. After selling 100,000 I would have been able to pay off that debt. That’s not to be now, it’s an unbelievable slap in the face to our oldest, the original and a unique part of hospitality world, our pubs.’

Fellow publican Dave Law, of The Eagle Ale House, told This is Money: ‘The Chancellor’s tax offer to everyone but pubs like mine is devastating.

‘To think that Starbucks, KFC and McDonald’s are all getting support, even gastro pubs, but wet led of which I believe are 67 per cent of pubs, have been excluded, just highlights how we are always treated- second class!’. 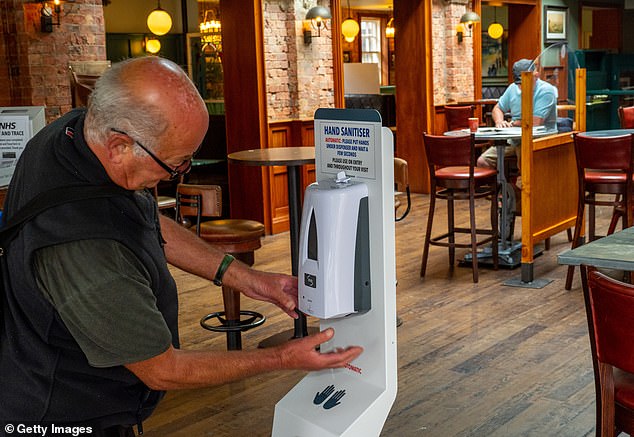 Greg Mulholland told This is Money: ‘Today is great news for the likes of Wetherspoons but awful for independent pubs’

Meanwhile, Greg Mulholland, campaign director for the Campaign for Pubs, said that what was needed from the Chancellor was a 5 per cent cut in VAT across in the board in the hospitality sector, not just specific sections of it.

Mr Mulholland said: ‘Instead Rishi Sunak has decided to help only pubs that do food and overnight accommodation and has done nothing at all to help thousands of beloved community locals up and down the country, which is unfair.

‘The Government appears to be turning its back on the traditional community local, many can’t trade profitably due to Government restrictions and yet are being offered no support by the Government.

‘We urge the Chancellor to think again, or we will see the closures of many valued pubs, including in his own constituency. So we welcome the help for pubs serving food and offering bed and breakfast, but are dismayed at the lack of any support for all other pubs and we will now be lobbying the Government to help all pubs through the ongoing crisis, not just some of them.’

Tom Stainer, CAMRA’s chief executive, said he was also also concerned that pubs had been ‘left behind’ in the Chancellor’s statement.

Mr Stainer told This is Money: ‘It is also disappointing to see no direct support for independent brewers and producers, who will not benefit from a VAT cut that specifically excludes beer and cider.’

But, not all publicans were disappointed by the Chancellor’s mini-Budget on Wednesday.

Caroline Roylance, owner of The George at Fordingbridge, in Hampshire, said: ‘We’ve opened the pub today for the first time since 23rd March, so the Chancellor’s announcement at lunchtime was timely.

‘It’s the best news we’ve had in four months.

‘Since we closed our doors we’ve had no income, no Government support through grants and had to furlough 20 staff.

‘We’ve tried to offer take away meals but the uptake was not enough to make it a viable option.

‘We will definitely be applying for the Eat Out to Help Out discount scheme, and the VAT reduction will help us make it through the next few months, because trade is unlikely to return to pre-Covid levels for some time.’ 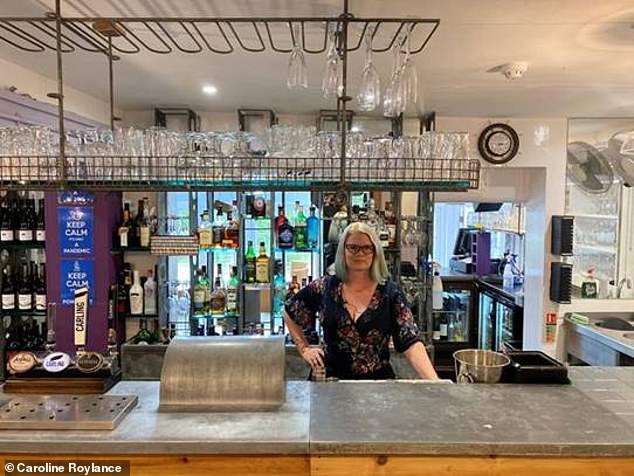 Caroline Roylance, owner of The George at Fordingbridge, in Hampshire, said the Chancellor’s statement was ‘timely’

Binance Coin Up 20% on DeFi IEO Hype; Pullback Ahead?

Mike Ashley bids to be King of the High Street: Billionaire...