We get a new Prime Minister this week and I think we know who he will be. Boris Johnson will need to do something fast to jack up the economy for three reasons.

First, the uncertainties of Brexit have started to put a drag on economic activity. Second, some sort of global downturn seems to be beginning to take hold.

And third, he needs some quick wins to buttress support through what will inevitably be a bumpy autumn. So what will he do? Here are six areas, starting with three he has already said he would look at.

One – stamp duty. There is plenty of evidence that the increases over the past few years have cut the number of transactions, and at the top end dampened down prices. Partly as a result, stamp duty is now bringing in less revenue than it was a year ago. So lower rates might actually bring in more tax if a cut increased home sales.

Equally important, that would give a wider boost, for when people move home they buy goods to put in the new place – carpets, fridges, furnishings and so on – which in turn brings in more revenue.

Two – infrastructure. He has said he would be willing to borrow for ‘great infrastructure projects’. But we are not good at them. Look at the delays of Crossrail, the endless debate about Heathrow’s third runway, and the controversy over HS2.

However, as anyone caught in a traffic jam this weekend will testify, there is an urgent need to spend more on transport links. As Mayor of London, Boris encouraged building projects. True, these were not always successful, witness the ‘Garden Bridge’ over the Thames, cancelled by his successor Sadiq Khan. 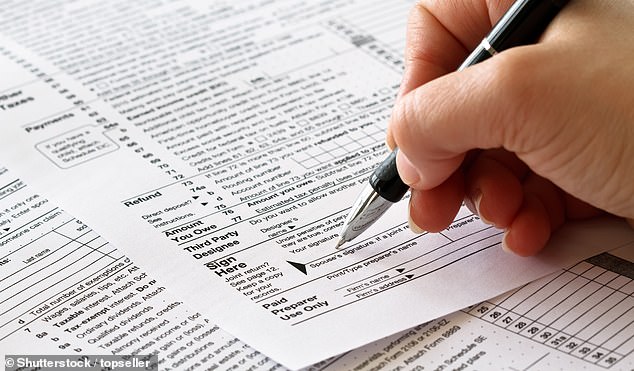 Boris has said he wants to cut income taxes. But Hamish says ‘there is no leeway to do so’

But finance is cheap, the construction industry has capacity, and this is an opportunity that may not come again. So maybe not a few grand projects, but lots of more modest initiatives that spend money more swiftly and more wisely.

Three – pensioners. Anything Boris Johnson does for older people will be welcome, and not only by a relatively elderly electorate that will be voting for him. He has promised to end the scandal whereby elderly dementia patients have to sell their homes to fund their care, and that will be welcomed by all.

But older people are big spenders too. So anything that encourages them to carry on working, as more and more are doing, brings in more revenue and improves their wellbeing. Maybe special incentives to keep people in some form of work?

Four – regulation, or rather deregulation. Societies need rules to function – building regulations, planning controls, workplace and food standards and so on. But some rules have unintended negative effects while others were created many years ago for a very different economy.

What we need is a swift and simple project to dismantle regulations that are no longer doing the job they were created to do. Not a bonfire of controls, because that would destroy needed regulations – more a thoughtful trimming of what has become a tangled forest.

Five – finance. It is our biggest industry, as big for the UK as the motor industry is for Germany. It was, of course, overindulged in the run-up to the 2008/9 crash, but since then has been relentlessly attacked by politicians of all hues. I remember Mark Carney telling us how astounded he was at the negative attitude towards finance in the UK, far more so than in his native Canada or the US.

The May Brexit plan was conceived with little attention to the wishes and objectives of the financial services industry. The new PM may be unable to unpick the EU leaving agreement but can – and should – listen to what the industry would call for to boost jobs and economic demand right now.

Six – finally, tax. He has said he wants to cut income taxes. But there is no leeway to do so – the latest figures show the Government’s fiscal deficit is going up, not down. So big tax cuts are for later. What he needs to do now is to simplify the system, for example by getting rid of taxes that don’t bring in much revenue but hold back the economy.

The big point here is that there is a one-off opportunity for making radical economic changes to our tax system, but they have to be done fast – like in the next few weeks. You know, he might just do it.

After Sudden 8% Drop, Bitcoin Bulls Must Defend Price Support at...

ALEX BRUMMER: The infighting at Flybe must be halted in order...