‘Protect the habit – the habit of getting into the final’: Pep Guardiola savouring prospect of yet another final with Manchester City after completing formalities of Carabao Cup semi-final

Pep Guardiola savoured the prospect of another Wembley appearance after Manchester City completed formalities against Burton in their Carabao Cup semi-final.

The City manager was also pleased his players came through unscathed on a freezing pitch at the Pirelli Stadium on Wednesday.

Sergio Aguero scored the only goal on a bitterly cold night as City beat the League One side 1-0 to complete an emphatic 10-0 aggregate success. 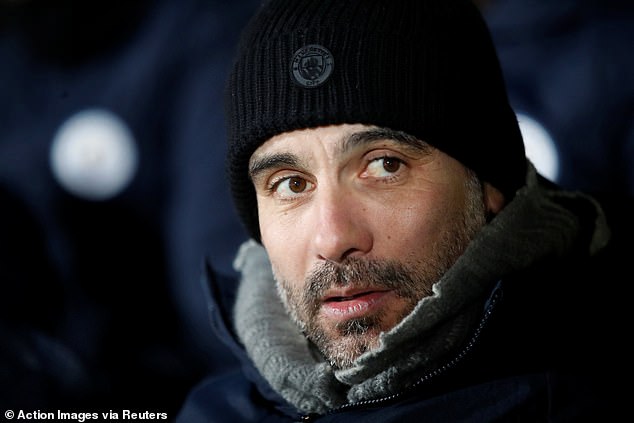 The holders will now face Chelsea or Tottenham in the final next month.

City boss Guardiola said: ‘Protect the habit – the habit of getting into the final.

‘I know it’s a competition, with all respect, that when you win and you are in the final you are so happy, but when you’re out you’re not sad.

The pitch was kept covered until around two hours before kick-off to protect from frost, but with the temperature around zero degrees, Guardiola still felt conditions were difficult.

Guardiola, who fielded a mixture of young and experienced players, said: ‘In winter time, freezing, the pitch was dangerous. Some mistakes were made at the back were because it was slippery. It was not stable. It was risky but everyone finished good.’

Aguero was among a handful of senior players to feature along with the likes of Riyad Mahrez, Kevin De Bruyne and Fabian Delph. Some of the clubs most promising youngsters also played, including Phil Foden, Eric Garcia, Philippe Sandler and Ian Poveda-Ocampo.

Benjamin Mendy returned as a substitute after more than two months out following knee surgery. 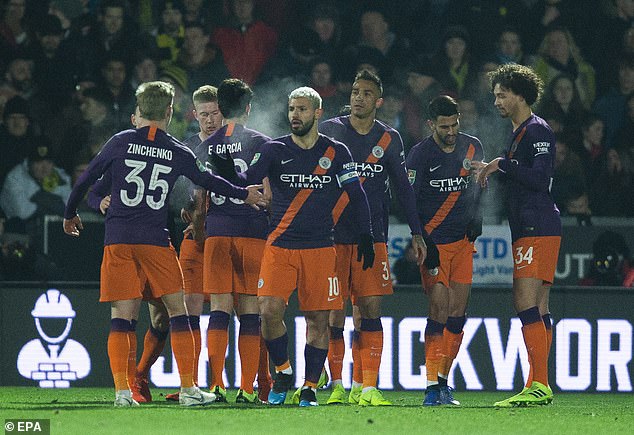 Burton put up more of a fight than in their first leg hammering at the Etihad Stadium and manager Nigel Clough felt ‘a lot’ of pride in their performance.

Clough, a former City player, said: ‘For a League One team to cause them as many problems as Premier League teams do – I know they had some young players playing but they still had enough big hitters out there.

‘We got about them a bit and I’m just a bit disappointed we didn’t get the goal we could have had.’

Clough admitted the pitch was difficult.

‘It did get a bit crispy towards the end,’ he said. ‘I think they were wondering when we were going to turn the undersoil heating on!’

Dele Alli throws his boots on floor in anger after being...

Anxiety surges among Latinx teens in the US amid deportation fears