Downing Street today dismissed reports that the Government is planning to force all over-40s to pay more tax to fund their social care.

The Prime Minister’s Official Spokesman said it was ‘not true that we are considering this policy’.

Boris Johnson pledged in the Conservative Party’s 2019 manifesto to bring forward a strategy for reforming the creaking social care sector.

But the spokesman said the PM would ‘take the time’ to ensure the proposed overhaul is both ‘fair’ and ‘sustainable’ before setting out his proposals in public.

The Guardian reported last night the Government was looking at asking over-40s to pay more tax to help fund the cost of their care in later life.

The radical plans were said to be part of a string of proposals for tackling Britain’s social care crisis.

The Prime Minister is under pressure to come forward with a solution to the issue he first pledged to ‘fix once and for all’ more than a year ago.

He wants to end the injustice in which thousands of older people are forced to sell their homes to cover the cost of their care because they are deemed too wealthy to qualify for council-funded care.

The PM was said to have asked officials to devise a scheme that shared out the costs which fall on those who need expensive care, which can exceed £1,400 a week, with the wider population.

Under one proposal, everyone over 40 could be asked to pay an additional levy, either through tax, national insurance or a private scheme in which they were compelled to insure themselves against the cost of care.

The Guardian said Health Secretary Matt Hancock was promoting the idea which is modelled on schemes in Japan and Germany but sources close to the Cabinet minister rejected the suggestion.

In Japan, people start paying an additional tax for social care at the age of 40.

In Germany people pay 1.5 per cent of their salary into a ring-fenced fund when they start work, with employers making matching contributions.

The Prime Minister’s Official Spokesman was asked this afternoon if the Government was planning to ask the over-40s to pay more tax to fund social care.

The spokesman replied: ‘No. It is not true that we are considering this policy.’

Asked when the Government will set out its social care plan, the spokesman said: ‘This is one of the most complex issues which we face and we need to take the time to ensure that we come forward with a solution that is fair and which is also sustainable.’ 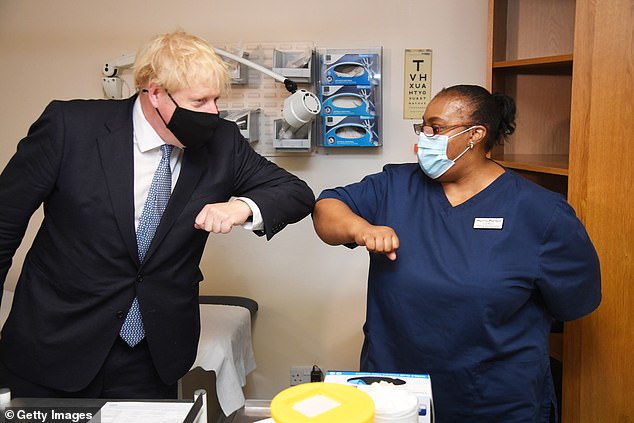 The Tories pledged in their 2019 manifesto to ‘urgently seek a cross-party consensus’ on social care ‘in order to bring forward the necessary proposal and legislation for longterm reform’.

It comes after councils, charities and health organisations called for a ‘complete reset’ of the social care system.

In a joint intervention, the Local Government Association (LGA), which represents councils in England, together with more than 30 organisations including the Alzheimer’s Society and NHS Confederation, urged major changes.

They said the Government needs to publish a timetable for a reformed social care system before Parliament returns from its summer recess in September.