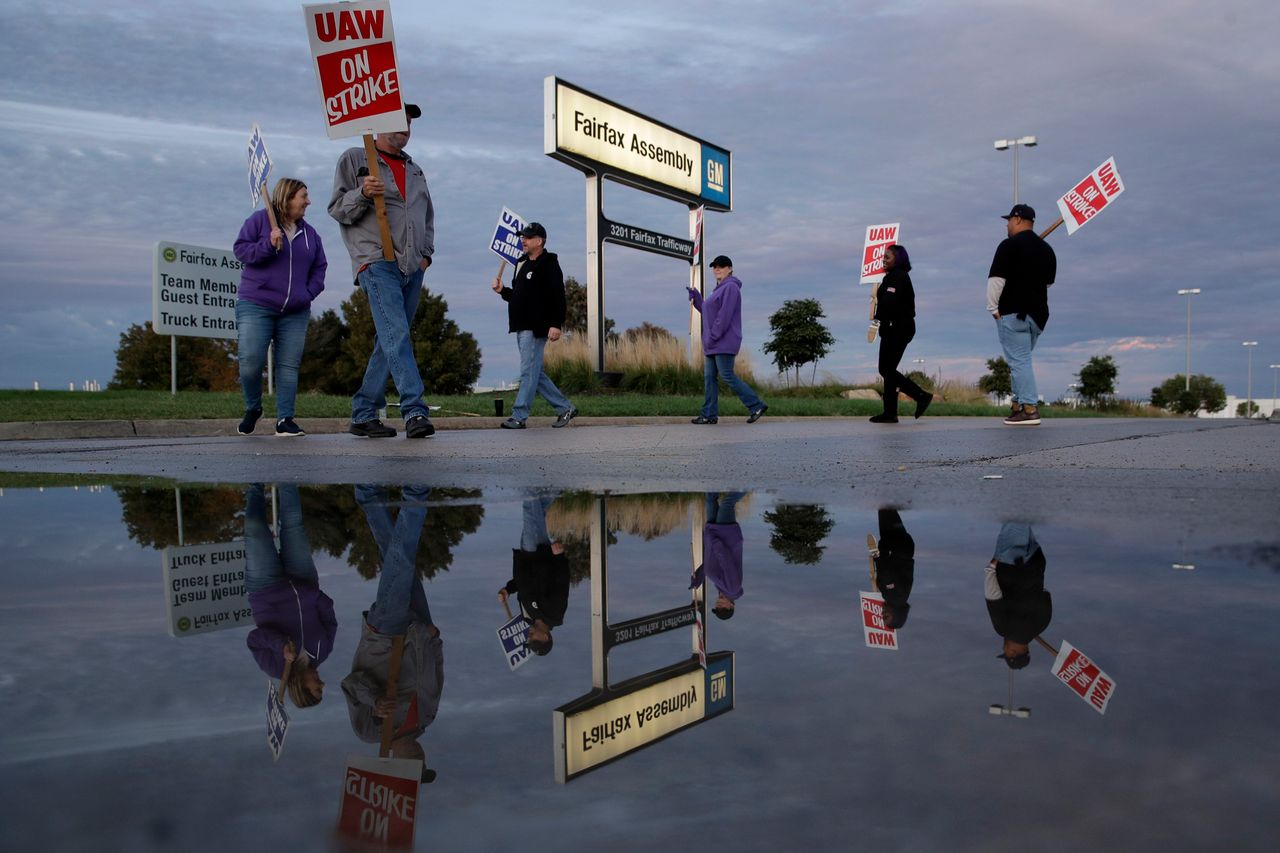 General Motors Co. is pressing the United Auto Workers to pick up the pace of negotiating a new four-year contract, which would end a 25-day strike at the company’s U.S. factories, according to a letter obtained by The Wall Street Journal.

The letter from GM’s top negotiator Scott Sandefur to UAW Vice President Terry Dittes urges the union to engage in round-the-clock bargaining to reach an agreement.

“It has now been four days since we made our last comprehensive offer to you,” Mr. Sandefur wrote. “That offer was a sincere attempt to address the concerns raised during these negotiations.”

GM Chief Executive Mary Barra met on Wednesday with UAW President Gary Jones to jump-start the stalled contract talks, according to GM’s letter and another letter from Mr. Dittes to the company.

Ms. Barra called the meeting with Mr. Jones and the UAW’s top bargainer for GM, Mr. Dittes, concerned the union had yet to respond to the company’s latest proposal, which it shared with the union on Monday, the people said.

The meeting was at GM’s Detroit headquarters, in the same building where negotiations are under way. This is the first meeting between Ms. Barra and Mr. Jones since the strike began.

Top negotiators for the union and the company haven’t met at the main bargaining table in the past two days, a sign talks have slowed, the people said. The negotiations have only continued on the committee level, where the details of larger items are usually hashed out.

Mr. Dittes wrote in his letter that he and Mr. Jones agreed to Ms. Barra’s request to speed up committee talks, with many of them working on outstanding issues. Six groups are working simultaneously, Mr. Dittes said.

After significant progress last week, negotiations hit a snag on Sunday, prompting Mr. Dittes to send a letter to members informing them that talks had taken a “turn for the worse.”

The meeting between Ms. Barra and Mr. Jones was earlier reported by the New York Post.

As the strike stretches through a fourth week, both sides are still working to resolve differences on several issues, including wages and new-hire pay, the people said. Other previous sticking points like health care and a path to full-time status for temporary workers have been largely settled, they said.

Mr. Dittes said in a Tuesday letter to members that negotiators were still far apart on the topic of job security, adding that GM was falling short on demands to invest more in the U.S. over other countries, such as Mexico.

The company’s decision last year to indefinitely idle four UAW-represented factories, including assembly plants in Detroit and Lordstown, Ohio, sparked tensions early on. GM said in an offer made public after the UAW called the strike that it has solutions for the two assembly plants.

The strike is already the longest nationwide walkout at GM since 1970 and is taking a toll on both sides. UAW workers will miss their third paycheck this week, putting pressure on their finances. The union compensates workers with a $250 weekly check from its strike fund, a fraction of their regular pay.

Analysts estimate the strike that has brought more than 30 GM factories to a standstill has cost the company more than $1 billion in lost production. Parts shortages related to the work stoppage have spilled over to Mexico, where GM last week was forced to idle the third of its three North American pickup-truck plants.

—Mike Colias contributed to this article.

More than 200k parents could miss out on state pension boost...