Anya Clark, 37, couldn’t understand how her gate was open after she returned home on the evening of January 27.

The mum-of-three and her husband Phil Damario, 37, reviewed CCTV footage to discover what had happened.

In the video, the supposedly “bolted” gate can be seen opening despite no one in the vicinity.

Just a second after, what appears to be an orb flashes across the screen.

Anya was left perplexed by what she saw, saying: “It’s very odd.

“Everybody who has seen it, and even friends of mine who are really sceptical, are convinced by it.

“We got home in the evening and we saw the gate was open. Neither of us had been out and we wondered if the neighbour had forgotten to close the gate in the garden.

“So we reviewed the CCTV and there it was. It was like – wow. There it was. The gate opened.

“The garden was so still – you can see the plants and there’s nothing [moving]. It’s just the way it suddenly opens.

“The gate was bolted. It was definitely 110 per cent bolted. It’s a really stiff bolt.

STRANGE: Anya claims to have spotted an orb moments after (Pic: KENNEDY NEWS)

“I don’t know if I believe in ghosts. I suppose I am a little bit of a sceptic, but this has made me wonder. I just don’t know.”

The incident was just the latest in a string of unexplained occurrences in their house – including the TV remote moving from the bed to the other side of the room.

The remote moved on the morning of her dad-in-law’s – Mark Damario – funeral in September 2018.

Combined with the latest incident, it has led Anya to believe Phil’s late dad is trying to communicate to the pair.

“There’s no history of ghostly activity in our house. We’ve lived here three years and we’ve never had anything like that before,” she said. 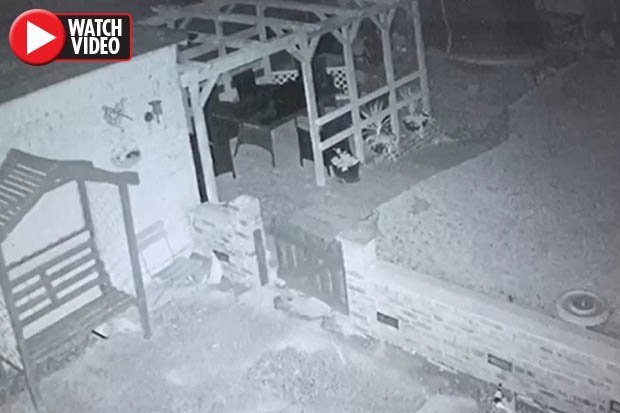 MYSTERY: A video of a gate seeming to open on its own stunned the homeowner (Pic: KENNEDY NEWS)

“Since we lost my father-in-law there have been a couple of little bits and bobs that have made us think that he is making his presence known.

“At one time I would have thought, ‘oh, what a load of old rubbish’. But I can’t dispute it. I’m just wondering if he’s messing with us or something.”

“Who knows if it’s his dad. It is just these coincidences really that since he passed these things have happened.

“Even when he was around he used to love the garden. He used to go out there and talk to my partner about what he had been up to and be having a chat about what he would be doing in the garden next.

“We do wonder, but who knows. It’s a nice thought that it could be him.”

How the Crypto Community Helped Us Raise $110,000 for Charity

NASA discovers water ice on Mars that astronauts could dig up...