‘Why is there a debate? This is a Manchester United penalty… this is not a tombola’: Gary Neville fumes after Paul Pogba sees vital spot-kick saved amid confusion over who would take it

By Jack Gaughan for the Daily Mail

Paul Pogba missed his fourth spot kick in 12 months after pulling rank over Marcus Rashford during the 1-1 draw against Wolves.

Ole Gunnar Solskjaer insisted that both Pogba and Rashford are the club’s designated penalty takers but Neville is dumbfounded by the ‘tombola’ of dishing out responsibilities. 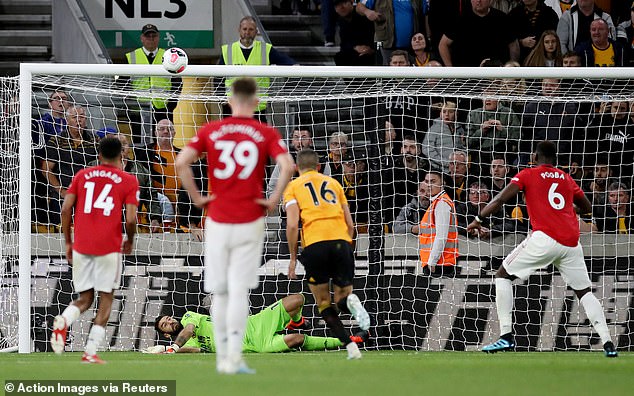 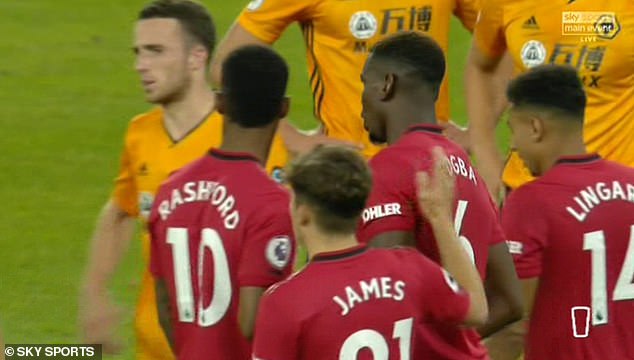 ‘Why is there a debate on who takes a penalty?’ Neville said. ‘Rashford scored last week, take the penalty. But there wasn’t a leader on the pitch. (Daniel) James was there, (Anthony) Martial, they couldn’t make a decision between them.

‘Something is not right there. Initially I was fuming with Pogba. I’m holding back on Pogba because he may be the penalty taker here. It isn’t right. They should decide before they play.

‘This is not right. This is a Manchester United penalty. This is not tombola. This is not five a side. Solskjaer is going to be able to shed light on it.’

Solskjaer was adamant that the process will not alter despite Rui Patricio stopping Pogba’s effort a week after Rashford scored against Chelsea. 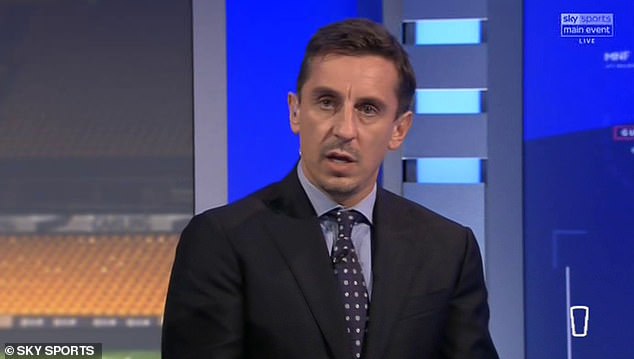 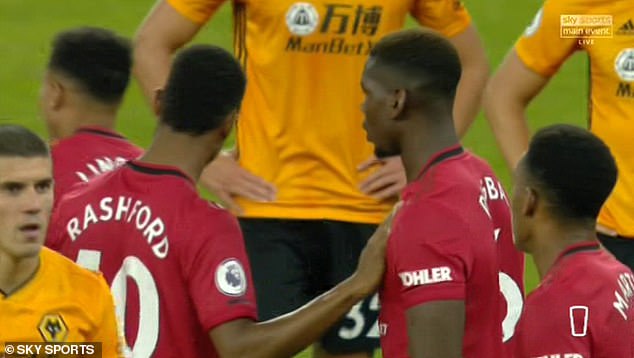 Pogba took the penalty over Rashford, who scored from the spot last week against Chelsea

‘It’s up to him in that moment,’ Solskjaer said. ‘Sometimes players just feel they’re confident enough to score. Paul has scored penalties for us. The two of them have been very confident before and Marcus scored a goal last week. He’ll want to but I like it when players have confidence.

‘When there are two names there it’s the one who is the most confident. Sometimes in a game you do grow in confidence or sometimes it is, “I don’t want to take it today, because I’ve had a bad day”.’

Rashford, who has never missed a professional penalty, attempted to deflect blame away from Pogba. 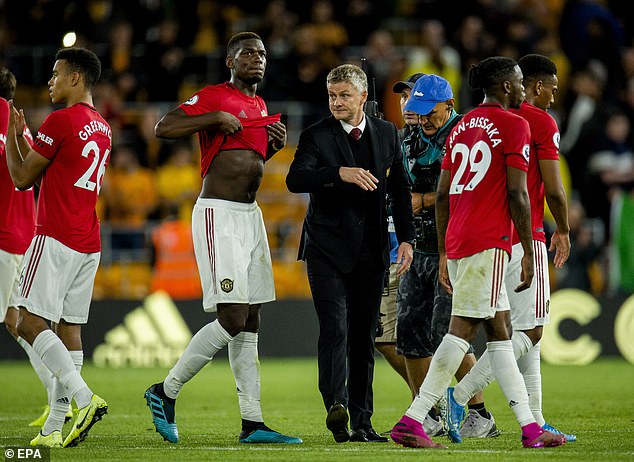 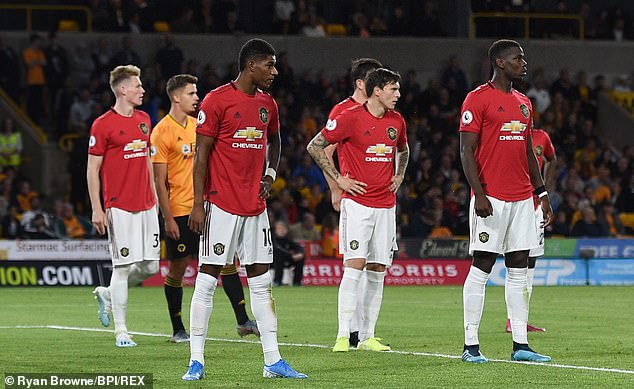 Rashford backed up his team-mate after the final whistle: ‘it’s not on Pogba, it’s on the team’

Jamie Carragher added: ‘I would have loved Rashford to take it and say: “No, I’m taking it.” That will happen every game now. It has to be sorted one way or another.

‘I would Pogba like to think of the team and tell Rashford he can take them or Solskjaer to be strong and tell Pogba that Rashford is taking them. It’s a joke.’

Meanwhile, Wolves manager Nuno Espirito Santo claimed VAR is taking too long to rule on goals after the hosts were left in limbo after Ruben Neves’ equaliser.

‘That’s what is worrying me,’ he said. ‘We’ll be afraid to celebrate a goal. They have to find a solution for it. Please do it.’ 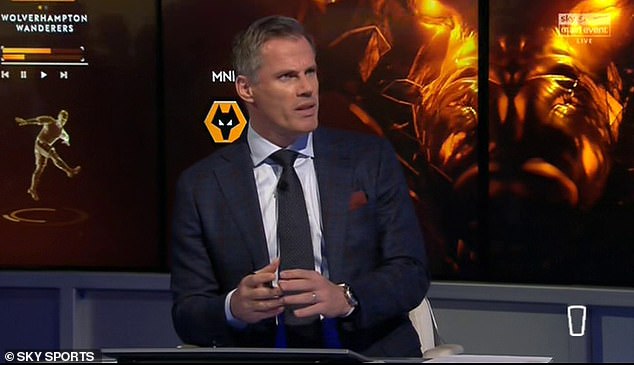 Taulia Tagovailoa transfers to Maryland from Alabama after brother selected by...

Unstoppable Serena Williams puts on a masterclass as she swats aside...