By Riath Al-Samarrai for the Daily Mail

After the gold and silver comes the purple and blue. As Dina Asher-Smith explained yesterday, the post-Doha normalisation process will first involve a holiday and then some amateur interior design.

‘There is a lot of purple in the team hotel and I want to put some in my living room,’ she said, speaking on the morning after she became the first British athlete in history to take three medals at a World Championship.

She went on: ‘I was taking pictures of the coffee shop here in the hotel and I wanted to make my kitchen look like it. 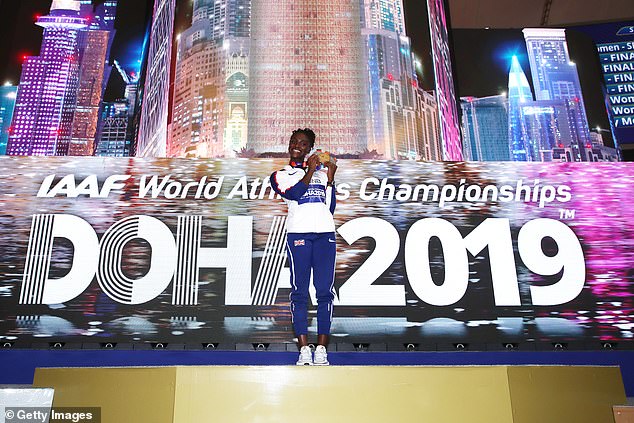 ‘I was sending all these pictures of the blues and purples to my mum.’

Trivial details, really, but the distraction once she gets back to her home in Kent will be no bad thing. The IAAF’s president Seb Coe has already identified her as one of the poster figures of next year’s Tokyo Olympics.

And based on the raised profile she experienced in 2018 after three gold medals at European level, this weightier haul of a gold and two silvers can be expected to take her up another few notches.

While there were no obvious signs earlier this year of her resenting the attention that came from her Berlin wins, there tends to come a point when it is burdensome. 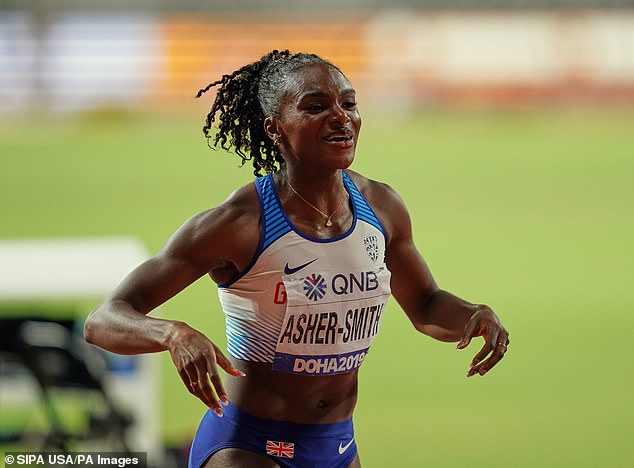 Olympic years have a habit of hastening that process for athletes, let alone gold medal-winning sprinters, and how she responds in the next nine months could be a significant factor in her results at Tokyo 2020.

She touched on that subject yesterday ahead of returning to her flat for four days ahead of a holiday from Friday.

‘I haven’t been on social media so much so I haven’t seen too much of the reaction,’ she said. ‘But I have mixed emotions about it. You guys have known me for ages and I am not one to be like, “Look at me” because I am not that kind of person.

‘It is one of the things that I have had to deal with — the extra attention and people wanting selfies. 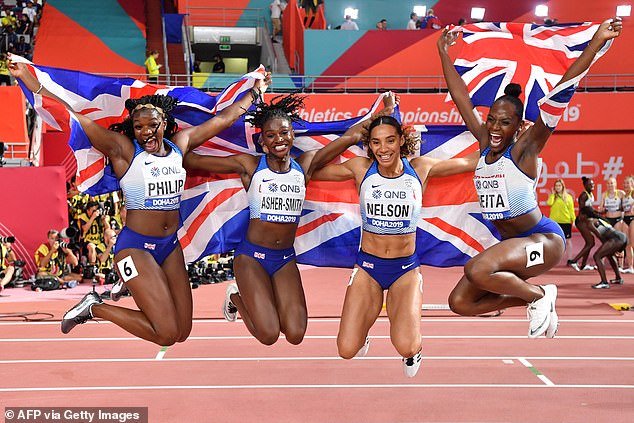 ‘That is one of the big areas of personal improvement, getting comfortable with a higher profile, because that is not why I came into the sport. I like to run.’

The topic of expectations has recurred across the past month, even before her 100m silver, 200m gold and the 4x100m silver she won with Asha Philip, Ashleigh Nelson and Daryll Neitta on Saturday.

It had been notable before and during these championships how Asher-Smith reduced her interaction with the press and cited it as a means of limiting the noise around her.

While it’s questionable whether that succeeded in capping the pressure on the 23-year-old, it is undisputable that she again exceeded predictions in Qatar.

It is on the track where she will be judged and currently all tests are being resoundingly passed.

Along with her relay team-mates and Katarina Johnson- Thompson, whose heptathlon gold was the standout result in the British set-up, it was a championship where the women vastly outshone the men. 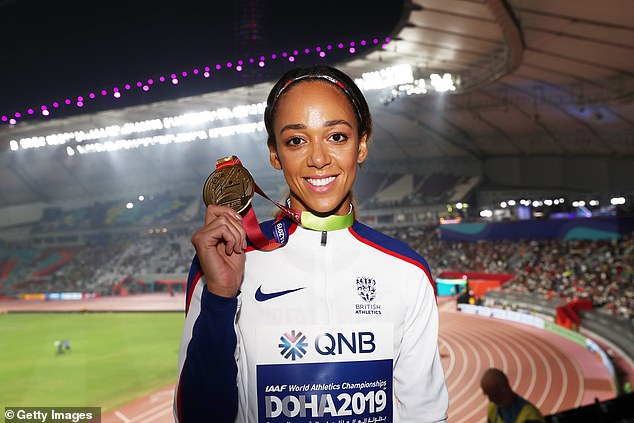 Asher-Smith said: ‘I’m happy we’re getting positive things because it’s been like “What’s it like to be…?”

‘They are valid questions but it’s always with a negative slant and you’re like “We’re just doing our jobs”.

‘We’re training just as hard and going out there and winning medals.’

It was Asher-Smith’s 4x100m team-mate Ashleigh Nelson who best moved that point on yesterday, saying: ‘Women shy away from being strong women. If a man is strong and independent that’s great but if it’s a women she’s a bit of a b****.

‘It’s amazing that women’s sport is motivating young women, because the drop-out rate is very high. I hope we can motivate young women to come through to take part.

‘Just imagine in 10 to 20 years, if there’s no-one doing it then this legacy will go to waste.’