Five-time Olympic gold medallist Katie Ledecky has impressed us over the years by dominating her opponents in races, but her latest TikTok may have just shown us exactly how talented she is.

Ledecky took to Instagram to share a video of herself swimming the entire length of a swimming pool while balancing a full cup of chocolate milk on her head and never spilling a drop.

The video was a part of the #gotmilkchallenge, where TikTok users have to do ‘something amazing’ while holding a glass of milk. Other sporting icons including tennis player Sloane Stephens have taken part in the challenge. 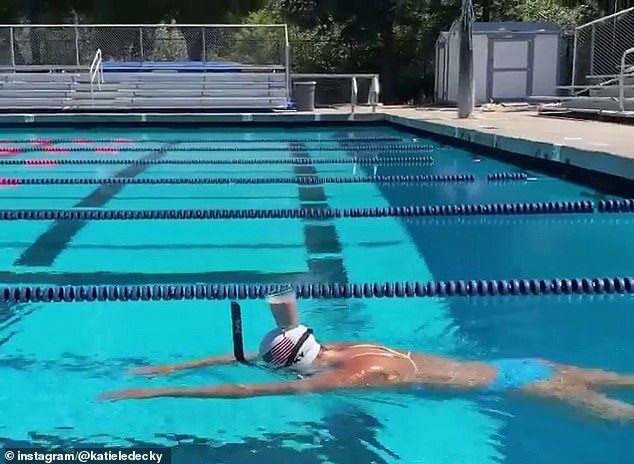 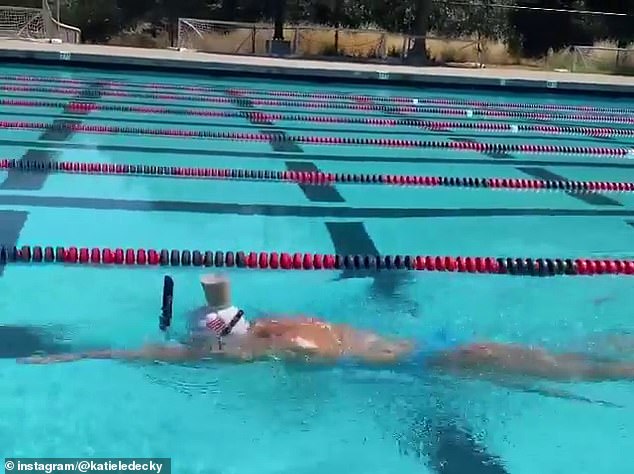 With 15 world championship gold medals to her name and world records in the women’s 400m, 800, and 1,500m freestyle, Ledecky shows just how perfect her swimming technique is.

Ledecky, who uses a snorkel to breathe throughout the challenge, places a glass of chocolate milk on the back of her head.

She then completes a 50m front crawl swim, showing off her incredible balance and control to keep the drink safely on top of her head.

Having reached the far end of the pool without spilling a drop, Ledecky captioned her video: ‘Possibly one of the best swims of my career!’ 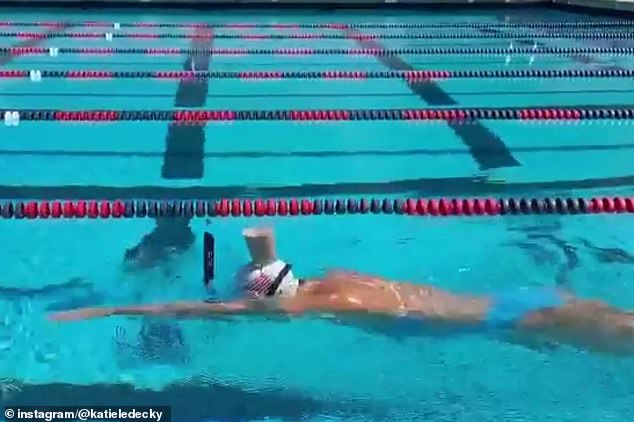 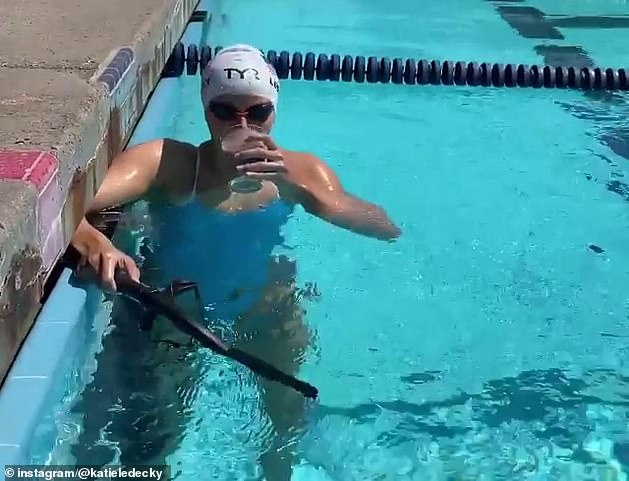 Having reached the other side without losing the milkshake, Ledecky treated herself to a sip 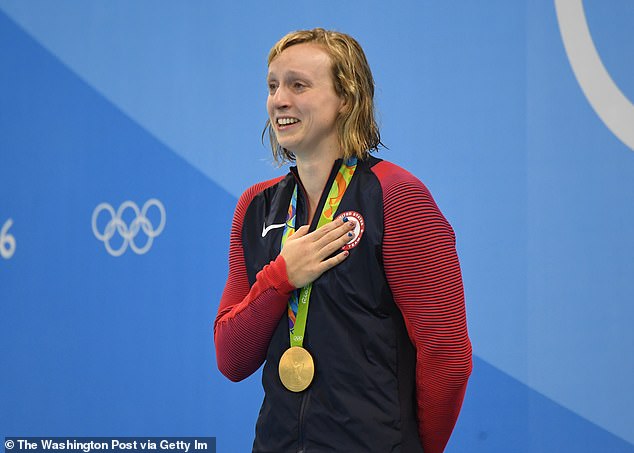 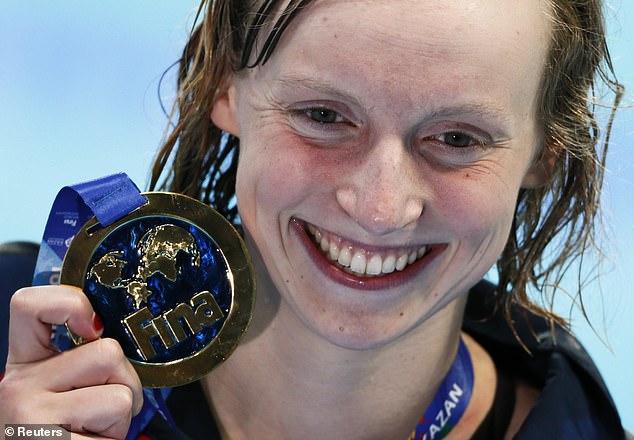 Ledecky then treated herself with a sip of the drink as a reward for her impressive feat.

Former Olympic champion Summer Sanders agreed with Ledecky’s joke on it being her best ever swim, commenting: ‘Seriously, is it wrong of me to think this is even more impressive than a few of your WR’s?!!!’

Manny Pacquiao leads the way for the Grey Generation ahead of...