Dominic King for the Daily Mail

When the final whistle sounds at Anfield after Crystal Palace’s visit on January 19, Jurgen Klopp will be in a position of rare luxury.

From 4.50pm on Saturday week, Klopp will be able to give his players a few days off to recharge tired minds and aching limbs and — above all — know he has a window in which he can do some proper work on the training ground.

It has been a bugbear for Liverpool’s manager that work at Melwood on shape and tactics has been limited recently. A schedule of 12 matches in 44 days since November 24 has given Klopp no time to go in depth on the areas that need improvement but he can now see a window where that changes. 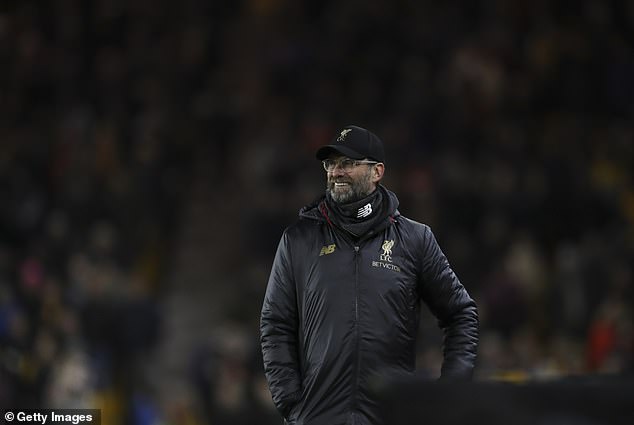 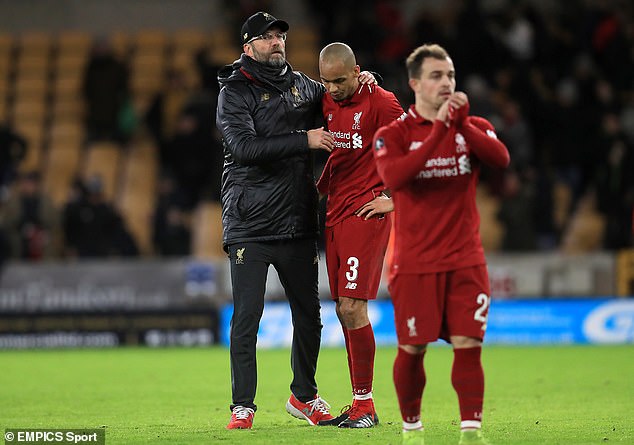 Losing to Wolves should not be viewed as the calamity that some have tried to make out.

Klopp, certainly, won’t lose any sleep over the 2-1 FA Cup defeat at Molineux with the bigger picture in mind. He will have received clarity on some key factors, too.

Klopp gave an opportunity to some players to show they should be in his plans for the remainder of the campaign, but senior figures such as Simon Mignolet, Alberto Moreno and Daniel Sturridge failed to grasp the moment. Naby Keita, meanwhile, continues to struggle with the English game.

Shout at the manager for putting nine new faces in, but aren’t they the ones who are able to shape the destiny of a game? Liverpool could have got a draw — think of Xherdan Shaqiri’s glorious free-kick — but, ultimately, they were beaten away from home by a very good team. No drama. Move on.

Had Liverpool been off the pace in the Premier League — with finishing in the top four their best hope — out of Europe and the Carabao Cup, Klopp would not have been able to defend his decision to make so many changes in Wolverhampton and every inch of criticism that followed would have been just. 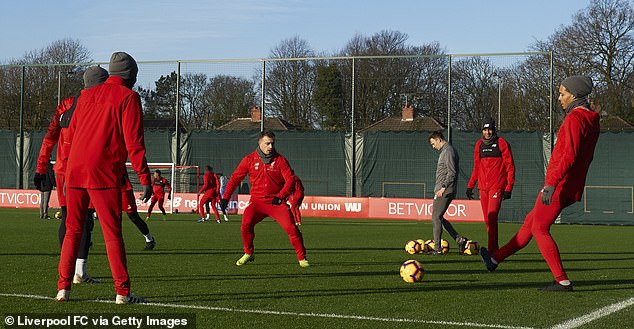 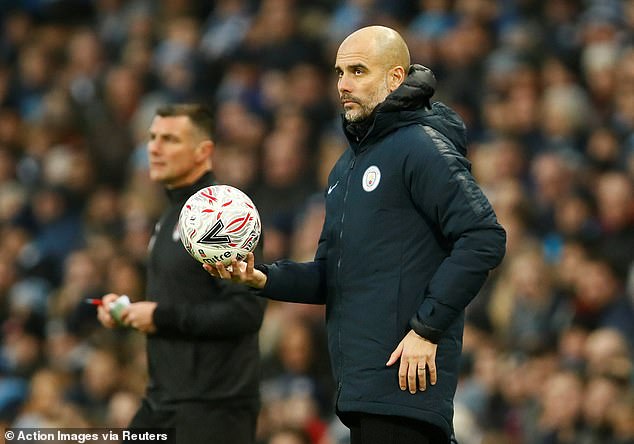 Take a glance at the Premier League table, though, and have a look at what Liverpool are fighting for. Every fan has wanted this prize for 29 years and the team have never been in a better position to deliver it.

People can rant and rave about Klopp treating the FA Cup with disrespect, but the fact is Wolves inflicted Liverpool’s best defeat of the season by some considerable distance.

Indeed, it looks like they have been done a favour.

For when Liverpool return to action against Leicester City on January 30 — and they will have 10 days to get ready for that contest — title rivals Manchester City will have played four extra fixtures, with trips to Huddersfield and Newcastle in the Premier League, plus a Carabao Cup tie in Burton and a home FA Cup tie with Burnley.

Of course, it is up to Liverpool to utilise this break, but in a race that is set to be determined by the smallest of margins, every advantage must be grasped.

Going out of the FA Cup is certainly one.