England’s councils are estimated to earn over £1billion in surplus income from parking next year as a result of increased charges from 1 April 2019.

Local authorities already pocketed a staggering £867million in leftover cash from on-and off-street parking charges in 2017/18, according to the RAC Foundation.

Almost half of this, 47 per cent, was generated – unsurprisingly – by London authorities.

But what about the remaining £461million bagged by other councils outside the capital? The top 20 earners have been named and shamed.

Parking earners: This list reveals why councils ranked highest for surplus earnings from parking charges in 2017/18

Town halls are set to pocket a record £1billion profit from parking fees over the next year with motorists facing increased charges of up to 230 per cent to park from next week, it was revealed this month.

As well as charging more for town car parks, many councils are raising the cost of residential permits and ending reduced Sunday fees.

Hampshire, Nottingham, Reading, Cambridge, Brighton and Exeter are all planning big hikes, according to our analysis.

The rise will see councils pocket in the region of £885million in surplus earnings from parking fees in 2018/19.

And the RAC Foundation calculates this will hit £1billion the following financial year.

But what about those already making a mint from motorists?

Private number plates firm, Click4reg.co.uk, dug into the data to find out which local authorities have generated the most surplus funds – cash that’s supposed to only be used to back transport projects. 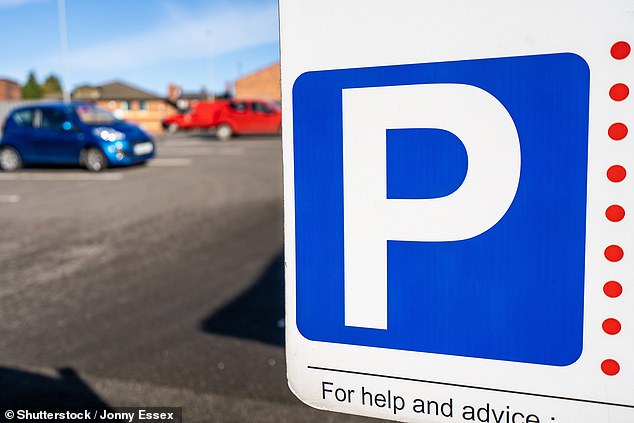 Parking charges are due to rise on April 1, with increases to on- and off-street fees and resident’s permits 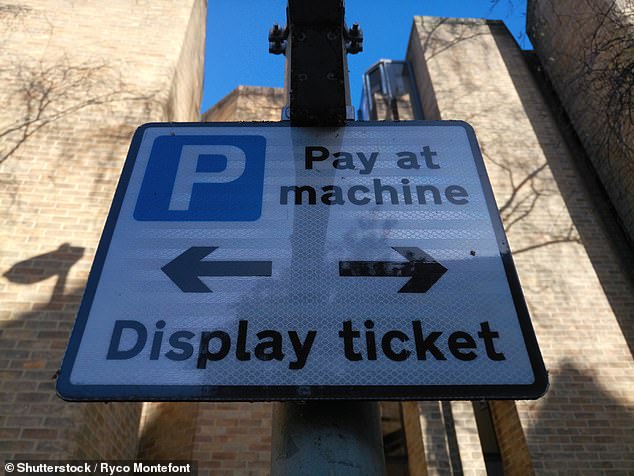 Click4reg found, outside of London, Brighton & Hove council is currently making the most surplus cash from on and off-street parking – at £23.4million.

Milton Keynes council earn the second highest surplus from parking outside of London, at £11.3million, closely followed by Birmingham (£11.2million).

Considerable excess cash is also raked in by councils in Cornwall (£9.7million), Bristol (£9.5 million) and Manchester with £9.4 million.

For Manchester, this represents a change of 21 per cent on the £7.8million surplus they received the year previous.

Other notable changes can be seen in Bath & North East Somerset (receiving £7.8million, up 24 per cent) and Southampton (receiving £6.8million, a change of 62 per cent).

However, the were no match for the rise in Medway Towns, which received £5million in surplus cash from on and off-street parking – an whopping 65 per cent leap on the year previous.

There are some councils that made less money from parking last year than in 2016/17, though.

On and off-street parking surplus fell by three per cent in Guildford, seven per cent in Cambridge and there were also decreases in Nottingham and York. 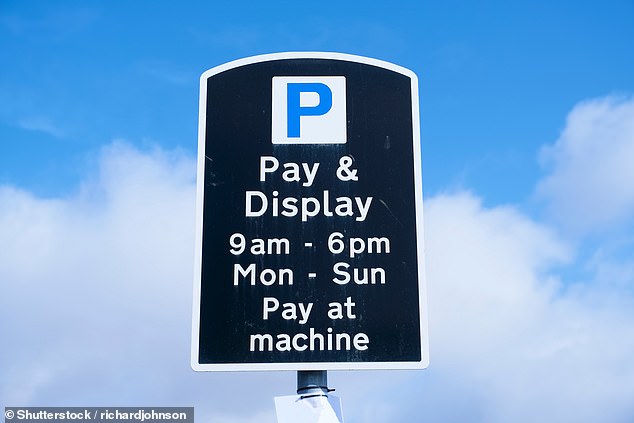 Steve Gooding from the RAC Foundation said the upcoming hike in parking fees begs the question if authorities actually helping town centres and high streets to thrive and said it feels more like ‘motorists being targeted to help increasingly cash-strapped councils balance their books’.

Edmund King, president of the AA, added: ‘Drivers beware. April sees the start of new tactics for some councils going after more cash from drivers.

‘Some councils are already budgeting to make millions of pounds more from motorists, on top of the millions they already get, by increasing parking charges, extending restricted parking zones, enforcing new bus lanes and looking for new opportunities to catch drivers.’

Councillor Martin Tett, transport spokesman for the Local Government Association, said the decision to rise parking charges had to be done to ‘strike a balance when setting parking policy, both on street and off street, to make sure that there are spaces available for residents, high streets are kept vibrant and traffic is kept moving’.

‘Any income raised through on-street parking charges is spent on running parking services and any surplus is only spent on essential transport projects, such as tackling our national £9billion roads repair backlog and other transport projects that benefit high streets and local economies,’ he said.

Why is Nationwide closing Portswood after talking about branch protection?