Phil Neville’s England side have been putting the final preparations in ahead of their crunch World Cup semi-final tie with the United States, while contending with blistering weather conditions.

The Lionesses are set to take on the tournament favourites for a place in both the showpiece final and also the history books.

After brushing aside Norway in dominant fashion in the quarter-finals, Neville’s side enter the fixture brimming with form and confidence. 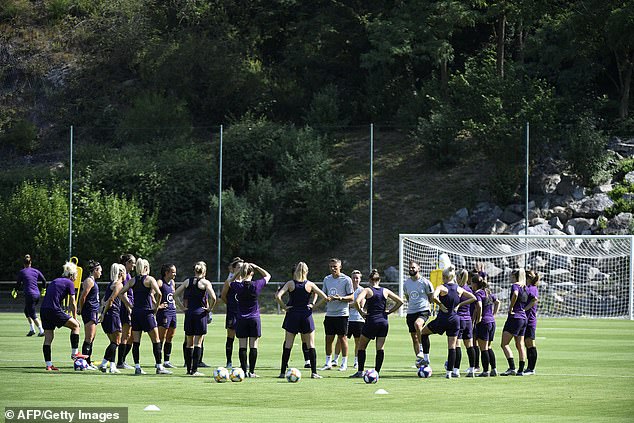 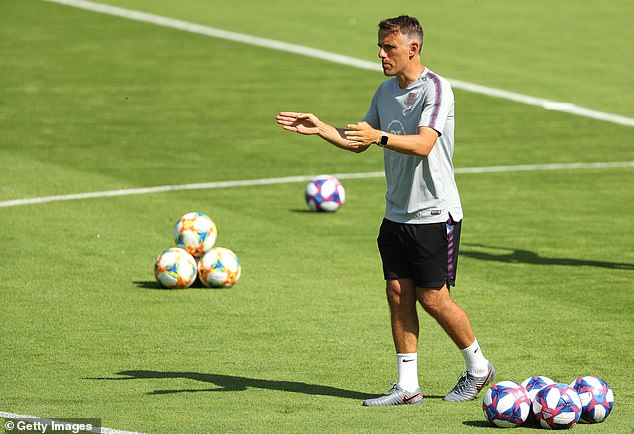 The former Manchester United and Everton man watched over his side on Monday morning, as they went through their paces at their at Terrain d’Honneur Lyon base.

Temperatures rocketed up to 31 degrees, as the Lionesses took to the pitch in vest training tops and plenty of suncream.

Despite the intensity of the weather conditions, it was a pedal to the metal session for England, who went through a variety of drills. 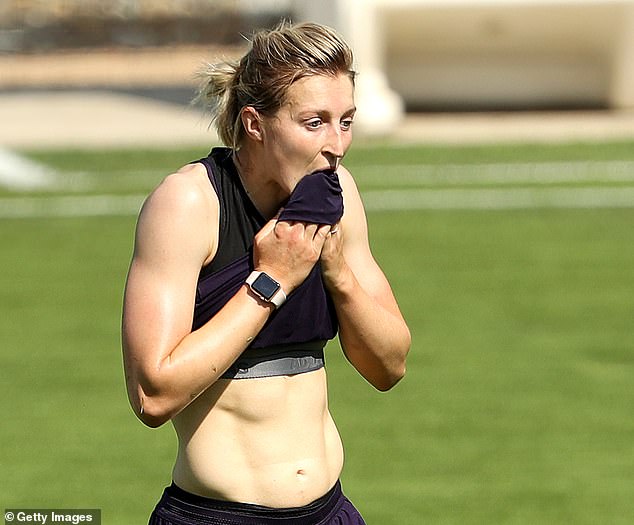 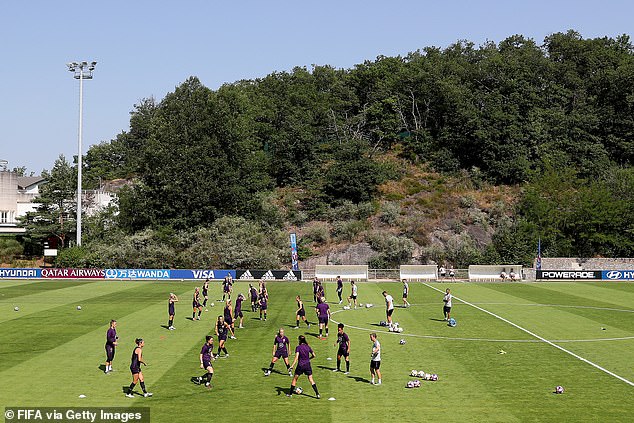 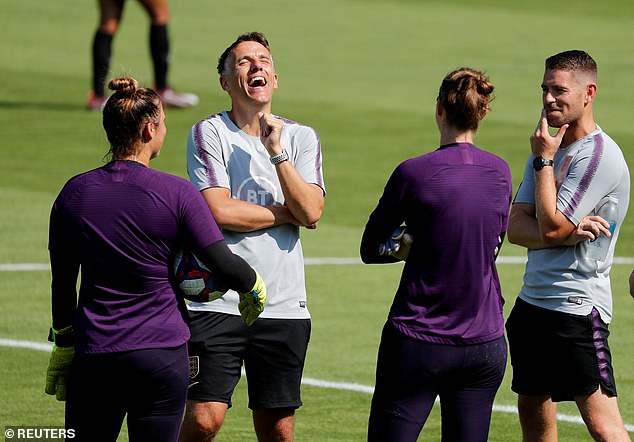 Neville and his training staff oversaw sprinting drills and movement based routines without the football. The squad then broke away into teams for a short-sided practice match.

Tensions remain high ahead of the clash, after the US sent match officials into the inner sanctum of the England team hotel to scout it as a place to stay.

Neville, who is clearly indignant, said on Sunday night that it was breach of ‘etiquette’ and that he would expect his opposite number Jill Ellis to instigate and investigation. 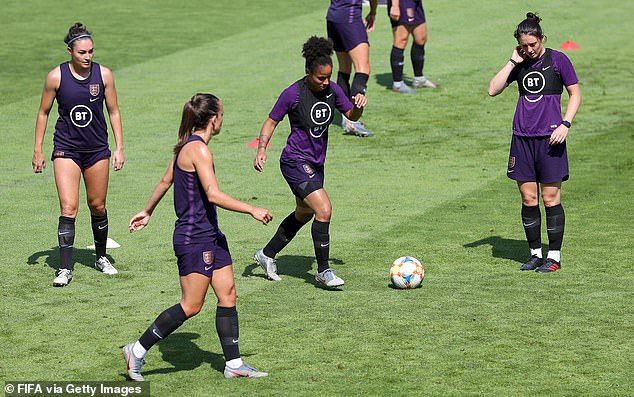 ‘The only thing I would say is that it’s not something I would want my team ops person to do,’ said Neville, who declared he had no injury worries ahead of the semi-final.

‘I’m happy with my team hotel and I hope they are enjoying their hotel. It’s not something we would have done, sending someone around to (the opponents) hotel and I’m sure they will be dealing with it.

The two sides meet on Tuesday evening in the Lyon Olympic Stadium, with a 20.00 kick-off time. The fixture will be broadcast live on BBC One.

Brendan Rodgers rules out marquee signings at Celtic this month