‘We can bring others in’: England boss Gareth Southgate warns his squad that they will be axed if they underperform

Gareth Southgate has warned his England stars they face the Euro 2020 axe if they underperform against Bulgaria tonight.

Southgate is set to hand Michael Keane, who earlier this week spoke of his ‘disappointment’ at being overlooked for international starts, a place alongside Harry Maguire in the heart of England’s defence for the clash at Wembley.

England are emerging as one of the strongest nations in world football under Southgate but he has told his players that they face being left out in the cold if they take their foot off the gas.

‘There can’t be a session where, at any point, any of the players switch off otherwise we can bring others in,’ said Southgate.

‘If at any point we think we’re getting carried away with where we are then that would be dangerous. I think at the moment, we’ve got lots of really close calls next summer.’

Keane is understood to have won the race ahead of Joe Gomez to replace the injured John Stones at centre half for the clash with the Bulgarians. The Everton man will partner Maguire in central defence, while Kieran Trippier and Ben Chilwell are poised to start at full-back.

Jordan Henderson, Declan Rice and Ross Barkley are expected to fill the three midfield slots, while Harry Kane, Raheem Sterling and Marcus Rashford are in line to be England’s attacking triumvirate. Everton’s Jordan Pickford will start in goal. 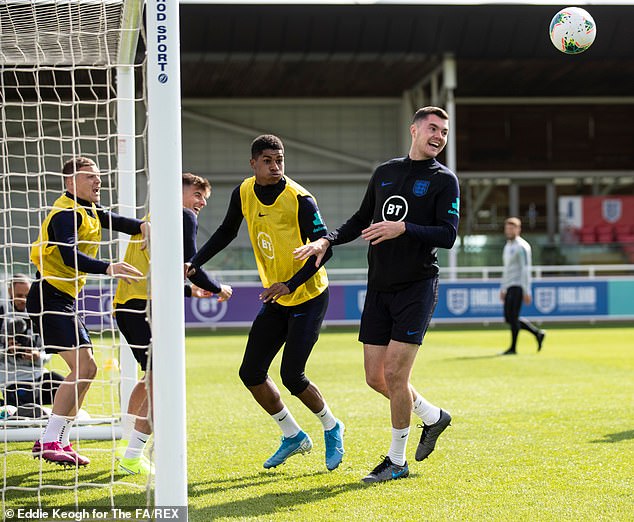 Bakary Sako in talks with West Brom to terminate contract and...