Ahmed Elmohamady and Mohamed Salah fired Egypt into the last-16 of the Africa Cup of Nations with a goal each in a 2-0 win against DR Congo.

Aston Villa defender Elmohamady and Liverpool’s African Player of the Year Salah both struck first-half goals in Cairo for the Pharaohs who followed Nigeria into the knockout stage. 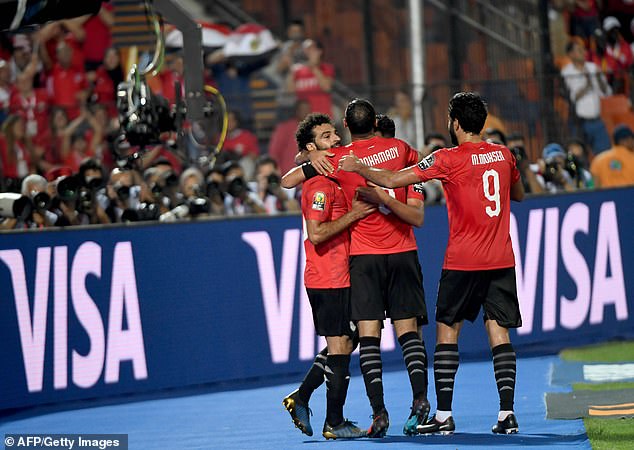 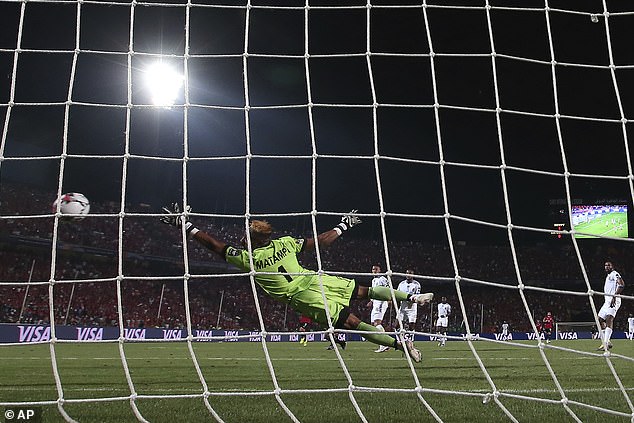 But they did not have it all their own way against DR Congo, who twice hit the woodwork.

Marcel Tisserand crashed his effort against the woodwork from six yards in the 11th minute after Tresor Mputu’s corner had been flicked on.

Egypt opened the scoring in the 25th minute when Elmohamady stabbed the ball home from inside the penalty area after DR Congo had failed to clear Salah’s cross.

Liverpool star Salah’s 25-yard free-kick was then turned away by goalkeeper Ley Matampi before Tisserand just failed to get on the end of Mputu’s excellent cross at the other end.

DR Congo hit the crossbar again in the 40th minute through Jonathan Bolingi’s header, but Salah made it 2-0 to the hosts three minutes later with a searing shot inside the near post.

The Leopards pressed for a way back into the match in the second period, enjoying decent spells of possession only for their end product to let them down. 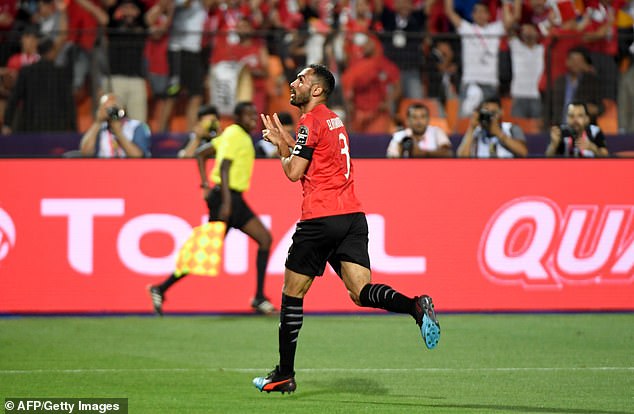 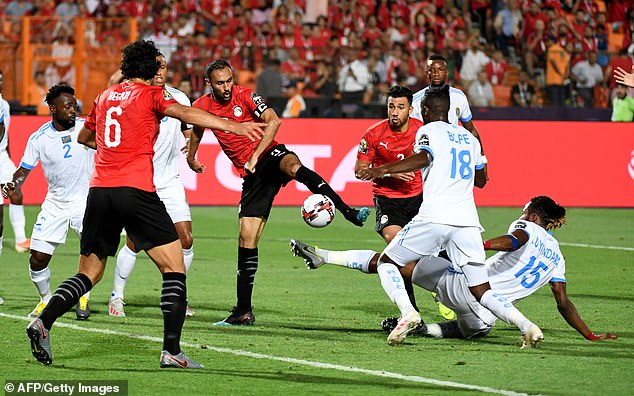 Yannick Bolasie went closest to breaching the Egypt defence when his fiercely-struck free-kick curled narrowly wide in the closing stages.

Egypt managed to put the damaging news of Amr Warda behind them on Wednesday night.

It emerged earlier on Wednesday that Egypt had removed striker Amr Warda from their Africa Cup of Nations squad after he was accused of sexual harassment by a number of women.

The Egyptian-British model Merhan Keller alleged that Warda, 25, had sent her inappropriate and aggressive messages.

Keller then followed up her claims by sharing testimonies from a number of other women who’d contacted her saying they too received unwanted messages from the footballer. 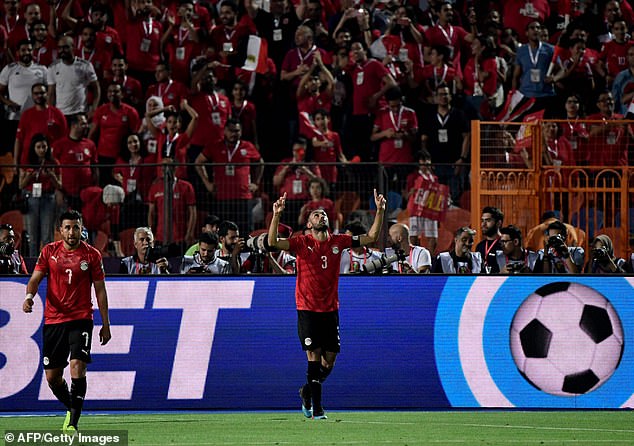 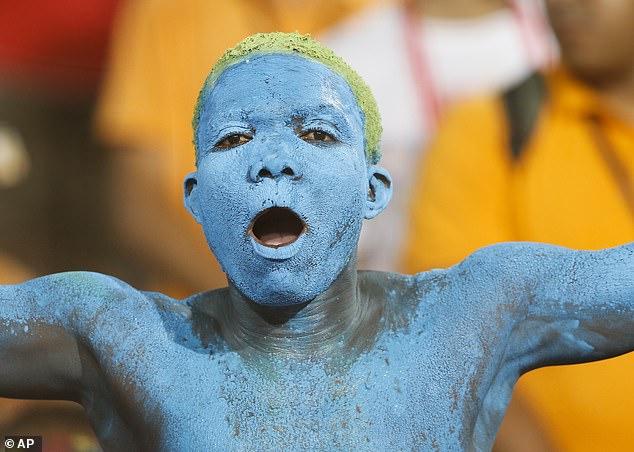 Eric Holder: Trump could be prosecuted after leaving office, but at...