The Friends episode where Joey wears all of Chandler’s clothes is supposed to be a joke, not a money-saving tip.

But one canny Scotsman saved on easyJet’s swingeing excess baggage fees with an inspired prank.

Finding that his bag was over weight on the way back from a holiday in Nice, John Irvine opened his bag in front of amused airline staff and began layering on his clothing.

The 46-year-old Glaswegian roofer had been on holiday in the sunkissed French town with his wife and son Josh, 17, who of course videoed the whole hilarious scene on Snapchat.

CUNNING: There was no way John was going to get stung with the penalty (Pic: Snapchat)

Josh captioned the first clip: “Suitcase is too heavy so ma da’s just putting all the clothes on.”

The next clip showed his dad piling on layer after layer.

“About 13 t-shirts down the line,” Josh said, adding his dad was “sweating” wearing all his clothe sat once in the balmy Mediterranean weather.

Josh told the Mirror: “We spent too much on our holiday anyway so he didn’t want to spend anymore.”

Josh admitted that some of his own clothes were in his dad’s suitcase too , but declined to mention it because: “I was too busy recording him.”

WRAPPED UP: After the ordeal Josh revealed his dad was “sweating” (Pic: Snapchat)

Once his dad had successfully lightened up his suitcase, the family moved on to security where his Michelin Man appearance gave some slight cause for concern.

They asked him to strip off some of his layers so they could check for contraband.

When security staff were finally satisfied that John had nothing to hide they told him he could stop taking off layers, and let him carry on his way with his armful of shirts, which he took onto the plane in a pile. 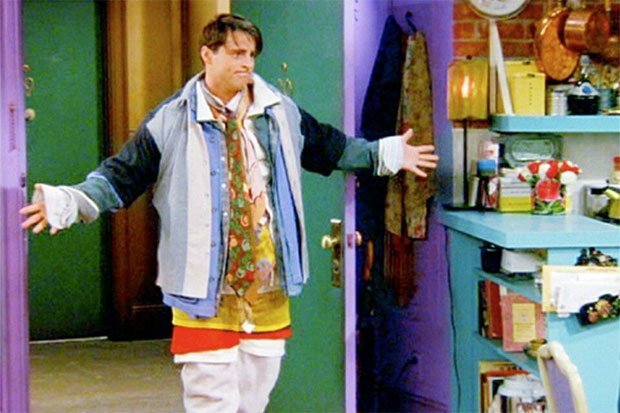 John was surprised when he told him his antics had gone viral, Josh said.

“I showed him and he was a bit mortified to begin with but he saw the funny side! Eventually he laughed it off.”

Scientists discover ‘impossible planet’ that has ‘possibility for life’

What Is DeFi? – CoinDesk