Don’t get ‘juice jacked’! Officials warn not to plug your phone into public USB chargers to avoid being hacked

Officials have warned about the growing threat of malware being transmitted through public USB charging stations.

As these charging stations have become more common—in hotels, airports, train stations, and even on some city sidewalks—hackers have developed a new set of hacking techniques to take advantage of them.

Commonly known as ‘juice jacking,’ hackers can send malware programs from their own phones or laptops and into the charging station hardware through the USB port, after which the stations effectively become a distribution hub for viruses.

Another common tactic is hacking the end of a USB cable itself, then leaving it plugged into a charging dock with the hope that people will use the hacker’s cord instead of digging through their bags to pull out their own.

According Los Angeles District Attorney Jackie Lacey, hackers have used malware at public USB charging stations to export data from a person’s phone, steal passwords, or lock the user out of their own device.

Unlike conventional power cords, USB cables were designed to carry both data and power between two devices.

This is double convenience comes at the cost of leaving an open data pathway to a person’s portable devices not offered by conventional power cords.

To protect yourself, Lacey recommends using AC adapter and plugging into AC power outlets rather than USB ports while in public, and encourages people to always bring their AC adapters with them when they travel. 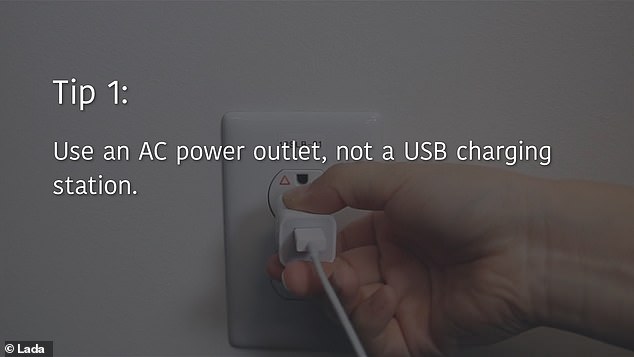 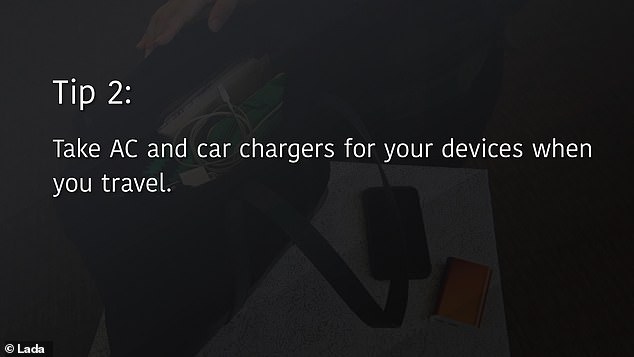 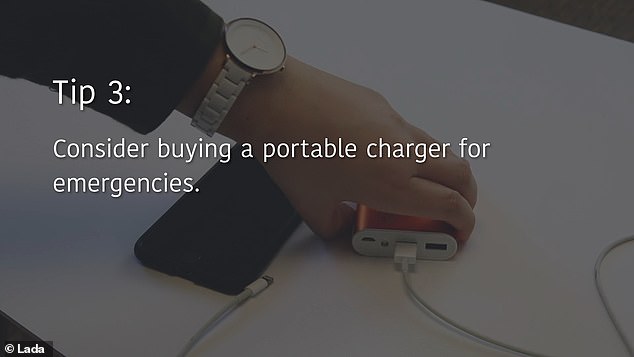 In case of emergency, the LADA’s office recommends carrying a portable charger so you don’t have to rely on public charging stations

HOW DOES USB CORD HACKING WORK?

The rigged cable is stealth because it looks exactly like a standard Apple USB Lightning cable.

Once an unsuspecting person plugs it in, extra components inside the cable remotely connect the hacker to the computer.

Embedded with scripts and commands which are ready to run on a victim’s device, it allows the hacker to assume control of a smartphone or laptop.

They can also ‘kill’ the USB implant, which erases evidence of its use.

Lacey also recommends carrying a portable charger or backup battery pack in case of emergencies so you won’t even be tempted to think about a public USB station.

These specially manufactured cables have the connector pins that transmit data removed from the USB port, meaning there’s no pathway for potential malware or viruses.

There are also a number of creatively named accessories to block data transfers through USB transfer, such as the Juice-Jack Defender.

These essentially act as an adapter between a public USB port and a person’s USB cable, preventing data from reaching the USB cable.

Scientists warn ‘we need to be better prepared’ as study uncovers...