Dion Waiters has been handed a 10-game suspension by the Miami Heat, with the team citing conduct detrimental to the team as the reason for his second banishment of the season.

The suspension was announced Sunday. It comes three days after Waiters, according to a person with direct knowledge of the matter, was treated for a medical emergency that started on the Heat charter flight Thursday night from Phoenix to Los Angeles.

Waiters, according to the person who spoke to The Associated Press on condition of anonymity because neither the team nor the player has confirmed details publicly, ingested at least one cannabis-infused edible and had a reaction serious enough that medical attention was required when the plane landed in Los Angeles.

Waiters was also suspended for Miami’s season opener after a series of incidents in the preseason and conflicts with coach Erik Spoelstra. He has not appeared in any of the nine Heat games so far this season.

The 10-game suspension, which will likely cost Waiters at least $834,483 in salary, began with Miami’s loss at the Lakers on Friday. The earliest he could return to Miami’s lineup would be December 1, when the Heat visit Brooklyn. But that would seem most unlikely, and Waiters’ future with the franchise is in serious doubt. 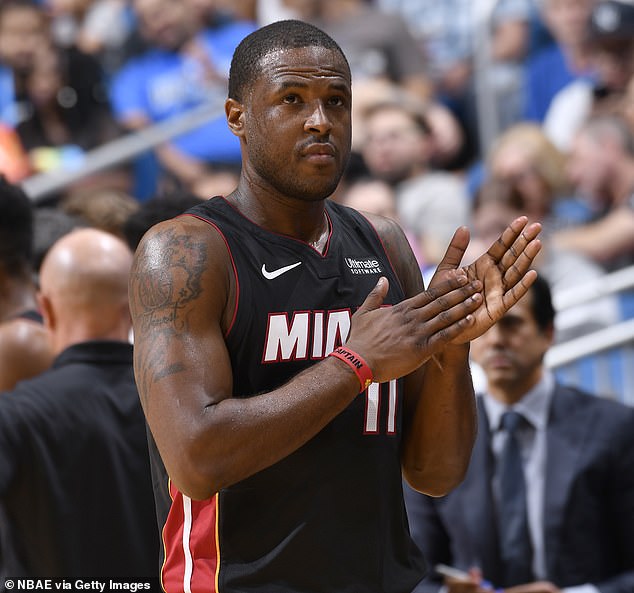 He was rewarded that summer with a four-year contract worth $47.3million, plus about $5m more in possible incentives for playing a certain number of games. Waiters has yet to even get close to that bonus money, and he would have needed to play in 70 of Miami’s 73 remaining games to claim the extra $1.1m at stake this season. That is obviously not going to happen.

Waiters has never made more than 46 appearances in a year since coming to Miami. He’s been in only 120 games with the Heat, missing many because of ankle injuries and surgery on his ankle and foot.

Waiters is a career 13.2-point scorer and has averaged 14 points per game while with the Heat.