DAILY BRIEFING: Swiss medical-tech firm Sophia Genetics bags £61m from investors after Mike Lynch steps down from its board 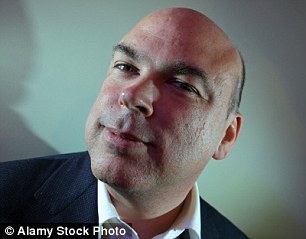 Mike Lynch has stepped down from the board of Sophia Genetics

LYNCH GOES Swiss medical-tech company Sophia Genetics has bagged £61million from investors after under-fire entrepreneur Mike Lynch, 53, stepped down from its board.

He co-founded and led software firm Autonomy before it was sold to Hewlett Packard in 2011 for £8.5billion, in a deal that soured a year later.

He has since been charged with fraud in the US. Lynch denies wrongdoing.

COURT DATE Scandal-hit former Nissan boss Carlos Ghosn is to make his first public appearance next week since he was arrested on November 19 for alleged financial wrongdoing, a Japanese court said.

EMISSIONS CASH Car maker Volvo is setting aside £616million to cover potential costs related to its admission in October last year that its trucks could be emitting higher levels of poisonous nitrogen oxide gases than the legal limit.

BANKER OFF The chief executive of Sainsbury’s Bank, Peter Griffiths, steps down next year from a role he has held since 2012.

CO-OP EXPANDS The Co-op is opening 100 stores this year in a £200million store investment scheme.