Cristiano Ronaldo was reduced to tears after being shown footage of his late father expressing his pride at his achievements.

The Juventus and Portugal star was shown the clip of his father Jose Dinis Aveiro speaking about him on his doorstep, ahead of the Euro 2004 tournament held in Portugal.

His father, an alcoholic and former soldier, would die of liver failure a year later at the age of 52, missing out on much of Ronaldo’s success and the birth of his four children.

In tears, Ronaldo said during the hour-long interview with Piers Morgan:  ‘I never saw the video. I never saw that video. Unbelievable.’ 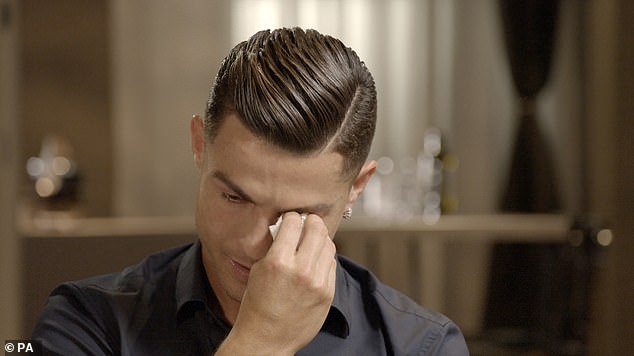 Asked how it felt to hear his father talking of his pride at his son’s achievements, the former Manchester United and Real Madrid player added: ‘Yes, a lot.

‘I think the interview would be funny, but I didn’t expect to cry. But I never saw these images. I don’t know where you… I have to have these images to show my family.

‘But I really don’t know my father 100 per cent. He was a drunk person.

‘I never spoke with him, like a normal conversation. It was hard.’

Ronaldo was just 20 when his father passed away, meaning he missed many of the biggest moments of his football career.

These include winning five Champions League titles and five Ballon d’Ors as well as leading his country to Euro 2016 and Nations League glory.

He also missed the birth of Ronaldo’s four children. 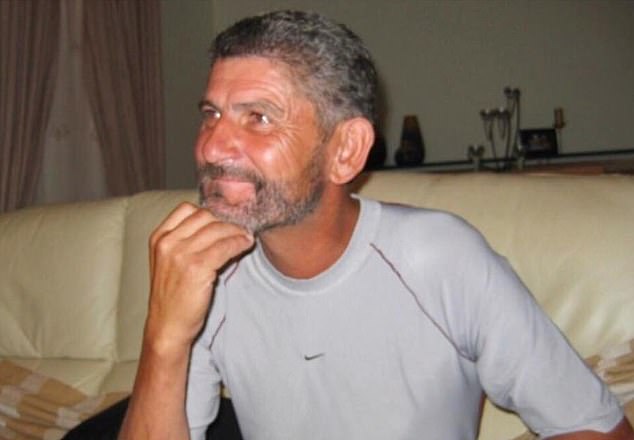 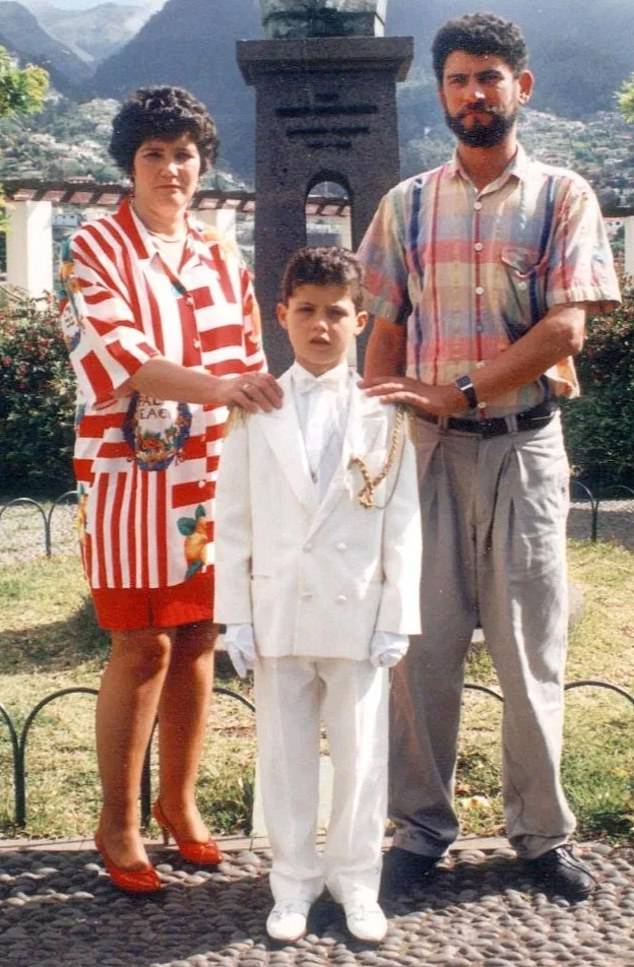 Cristiano Ronaldo with his parents at the age of 10. He has admitted to never really knowing his father 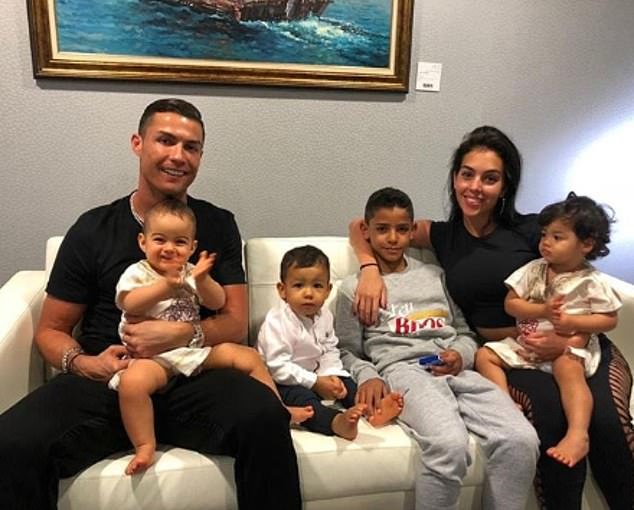 Ronaldo with his four children and girlfriend Georgina Rodriguez. He said that he plans on marrying her one day 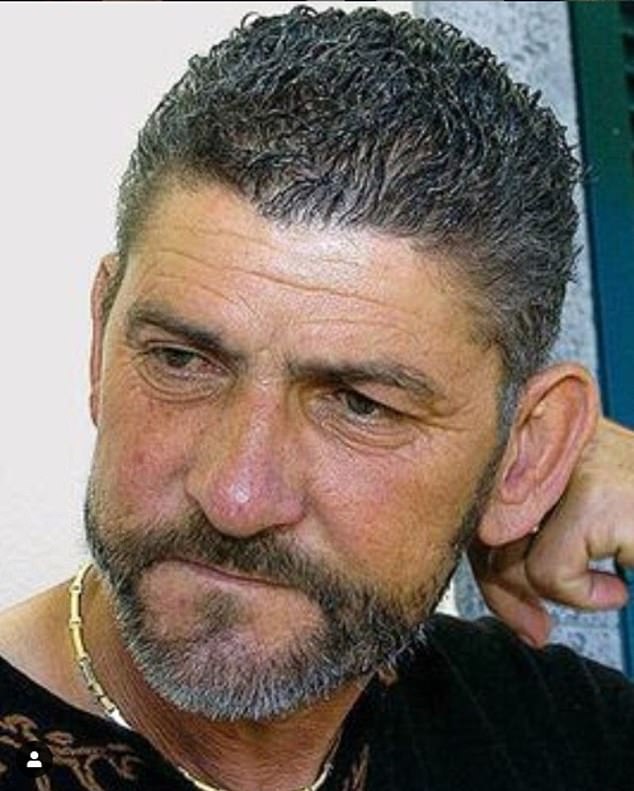 Ronaldo was just 20 when his father passed away, meaning he missed many of the biggest moments of his football career 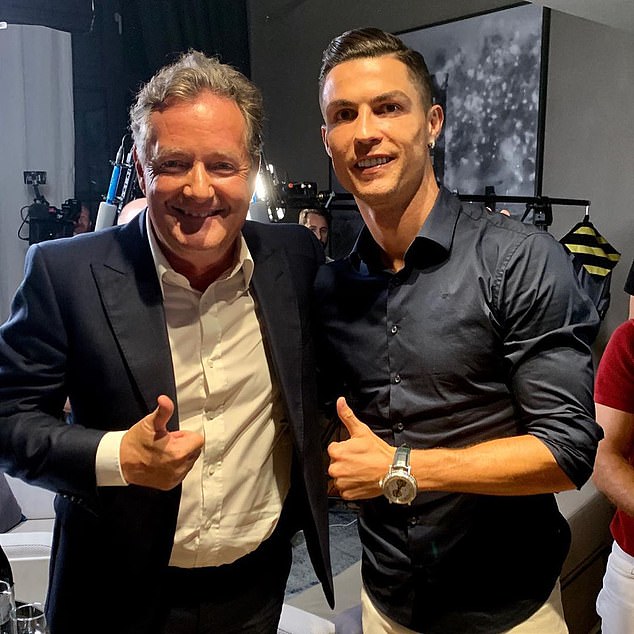 He made the comments during an interview with Piers Morgan. Cristiano Ronaldo Meets Piers Morgan airs Tuesday at 9pm on ITV

‘My family see, my mum, my brothers, even my old son, but my father, he didn’t see nothing, and it was… he died young.’

A childhood friend of Dinis Aviero, who served with him in the army, said that the former soldier used to brag about how his son would be the best player in the world one day.

According to ESPN, another friend said that, after the war, he and Ronaldo’s father ‘were abandoned’. 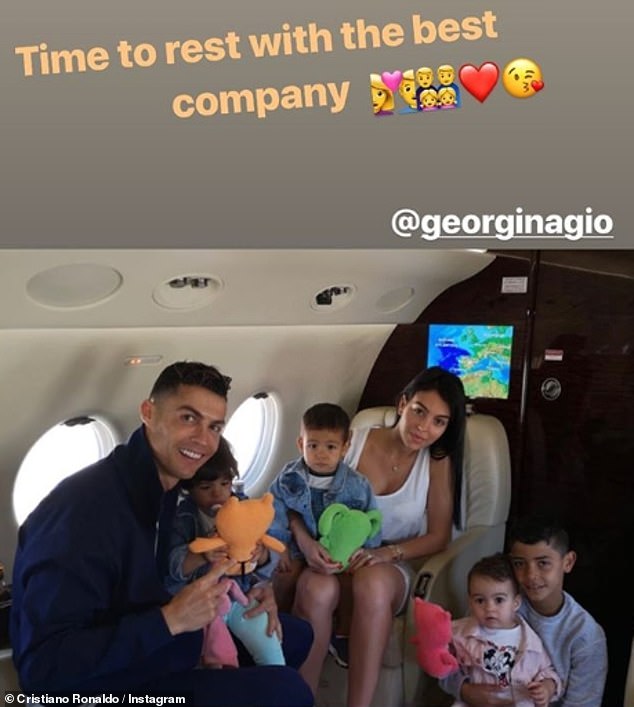 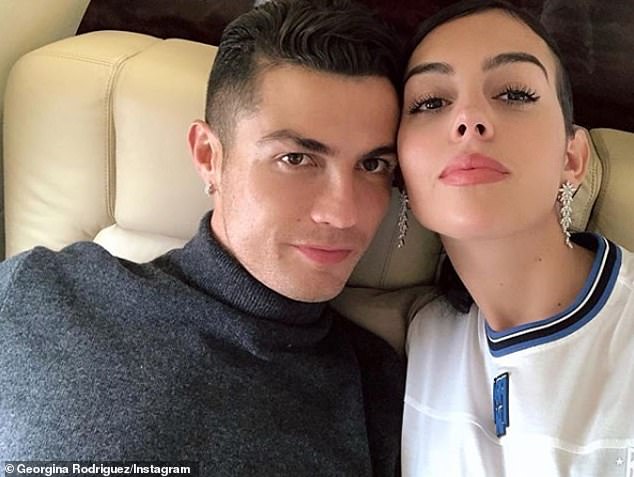 Loved up: The Juventus and Portugal footballer has been dating former shop assistant Georgina since 2016 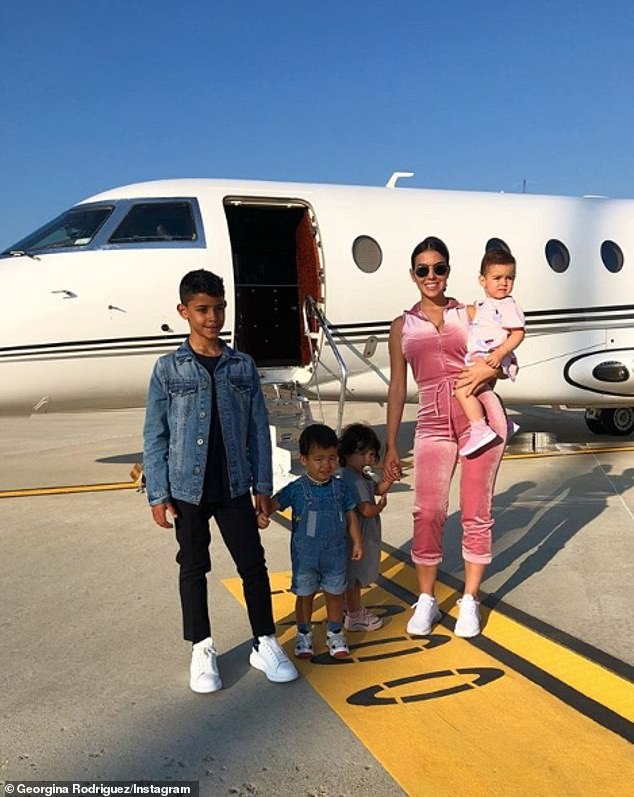 Talking about Georgina, Ronaldo said: ‘She helped me so much. Of course I’m in love for her’ 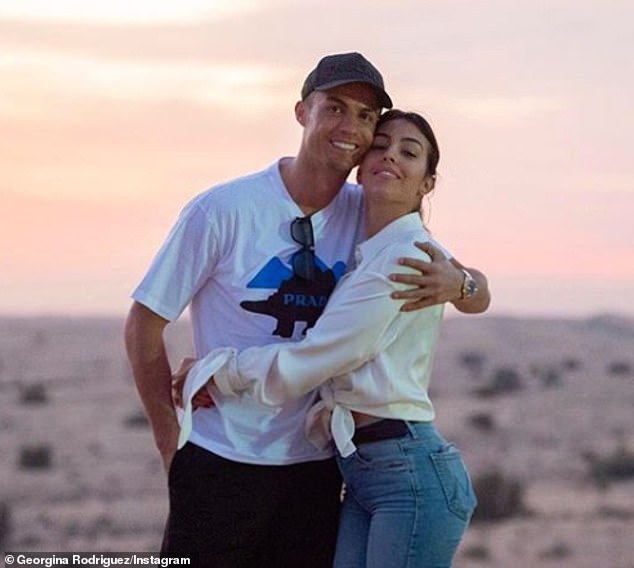 Georgina admitted in an interview with glossy Spanish magazine Hola! in February she would love to become the football star’s wife

Ronaldo’s mother, Dolores Aveiro, has supported the footballer throughout his career.

In 2014, she admitted that she tried to abort Cristiano by drinking warm beer and running ’till she dropped’, after doctors refused to help her.

She said: ‘He told me when he found out, ”Look mum, you wanted to abort and now I’m the one who’s pulling the purse-strings in the house”.’

In the interview, Ronaldo also revealed he plans to marry his girlfriend Georgina Rodriguez one day.

Talking about her, Ronaldo said: ‘She helped me so much. Of course I’m in love for her.

Maurizio Sarri did not travel back from Bournemouth on team coach