Gonzalo Higuain has not signed in time to be available for the second leg of the Carabao Cup semi-final against Tottenham but Maurizio Sarri expects him to add much-needed goal power to his Chelsea team.

Higuain, who scored 36 goals in one season with Sarri at Napoli, completed his loan move from Juventus on Wednesday night – but missed the deadline for the Spurs game on Thursday.

The 31-year-old Argentina international striker should be available to make his debut the FA Cup against Sheffield Wednesday on Sunday. 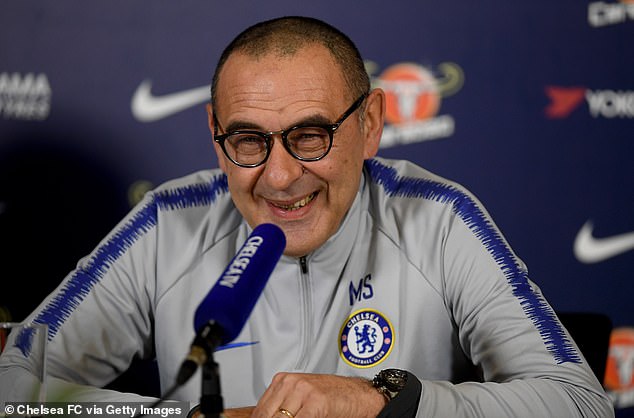 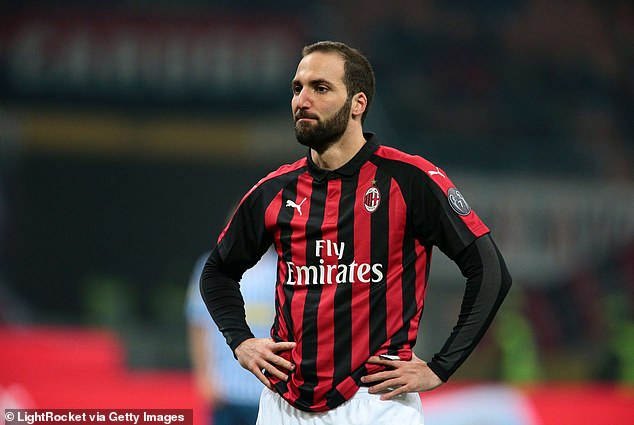 During his loan spell at AC Milan, Higuain has struggled and has failed to live up to expectation

‘He is a very strong striker,’ said Sarri. ‘Especially in my first season in Naples, he did very well.

‘He scored 36 goals in 35 matches in Serie A, that season he scored 39 goals. So he did very, very well. For sure, he is one of the best strikers in my career.

‘We hope he brings goals, and that he starts scoring for us. He is also very good at other aspects, other than just goals, but that’s what we are hoping for. 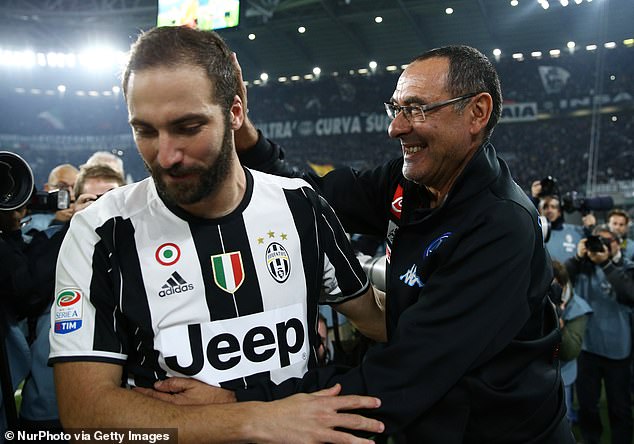 ‘He has had some difficulties recently, but we are hoping we can raise him back to his best form.’

Higuain’s form has been poor in recent weeks while on loan at AC Milan but his pedigree is strong at Real Madrid, Napoli and Juventus.

‘He’s still scored nine goals in a team that isn’t at the same level as Juventus,’ said Sarri. ‘He played four seasons for Real Madrid. I think he has the right experience to play here.’ 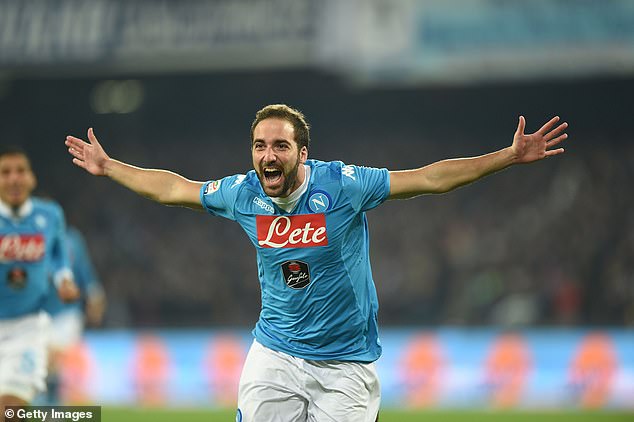 Higuain, who earns more than £11million at Juventus, signed on loan until the end of the season.

‘I think the club agree with me when I told them my opinion about the team,’ said Sarri. ‘It is very difficult in January to find one of the most important strikers in the world.

‘So the club is working very well. It is not easy to get a new striker, a very important striker, in the January market.’

‘That’s probably the end of his Arsenal career’: Ray Parlour believes Mesut Ozil’s time is up