Charles Oliveira overcame a barrage of attacks in the first round to pull off a stunning comeback victory over Michael Chandler in Texas.

In one of the wildest title fights the UFC has served up in recent times, Oliveira had to survive an early onslaught from his opponent in the first round to turn the contest in his favour.

After battling hard to make it to the first interval, Oliveira not only survived but came back with a vengeance as he put Chandler down with a vicious left hook and then rained down punches until referee Dan Miragliotta had no choice but the stop the contest. 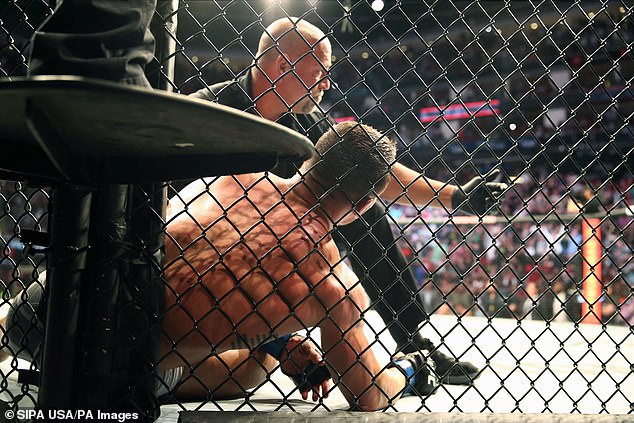 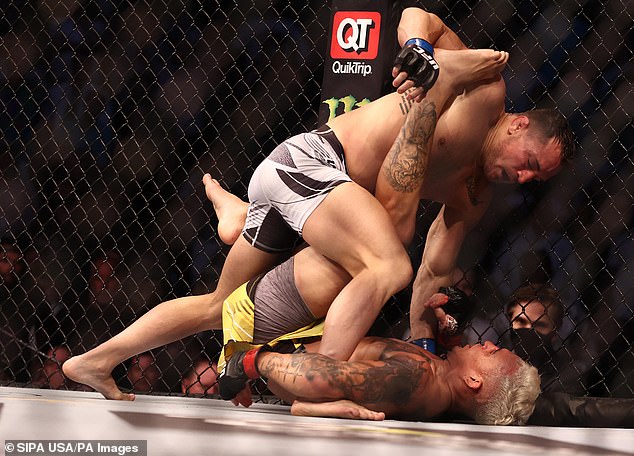 It took only 19 seconds of the second round for the contest to be concluded, with Oliveira jumping up onto the shoulders of his team to celebrate.

‘I wanted to come here and show I’m the best in this division,’ Oliveira told the crowd after being confirmed as champion.

‘You brought me a match from Bellator and I told you I was going to knock him out and I knocked him out. I’m proving to everybody, I am the lion of lions. Michael you’re a great champion but today was my day.’ 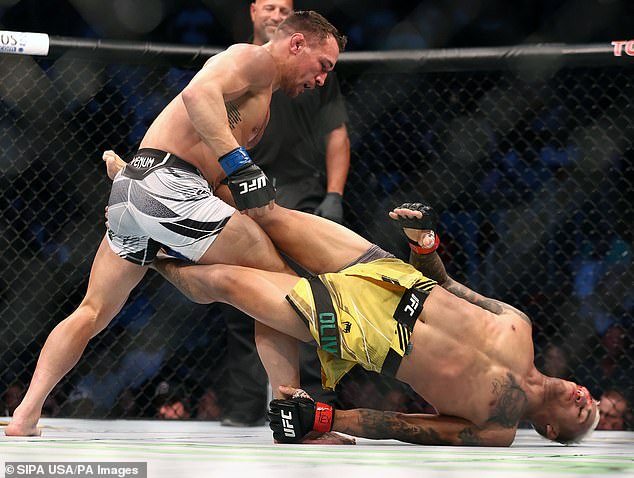 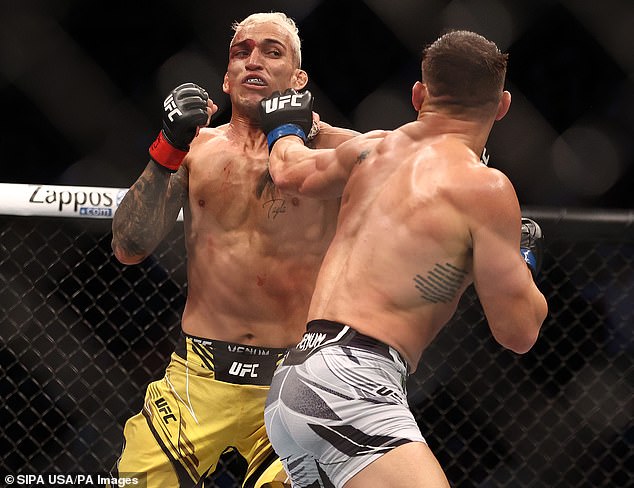 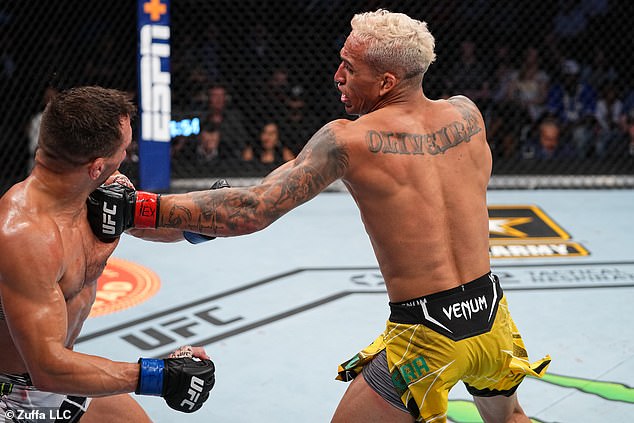 Initially, Chandler had badly hurt Oliveira in the opening exchanges with a huge left hand that put him back down on the mat again, after being knocked down moments earlier.

Chandler continued the assault with Oliveira pulling guard just to make it to the end of the round.

The Brazilian appeared destined for defeat, but the audience were left with mouths agape after the second round transformation.

Oliveira landed a firm left hand that saw Chandler rocked before falling to the canvas, and quickly followed up with a stream of shots which nullified his opponent.

The referee quickly brought an end to the contest before more damage could be dished out.

Just Back: A Month-Long Journey to Colombia

Unai Emery and his top Gunners pose in their paintballing gear...