Burnley maintain they want £9m for Stoke target Sam Vokes but won’t allow him to leave without securing a replacement.

The Wales international was an unused substitute for Sean Dyche’s side on Tuesday night as they surrendered a two-goal lead at Old Trafford.

New Stoke boss Nathan Jones was appointed earlier this month and made it clear he wants to take the club in a different direction on the transfer front, with the former Luton manager prepared to make room for new faces. 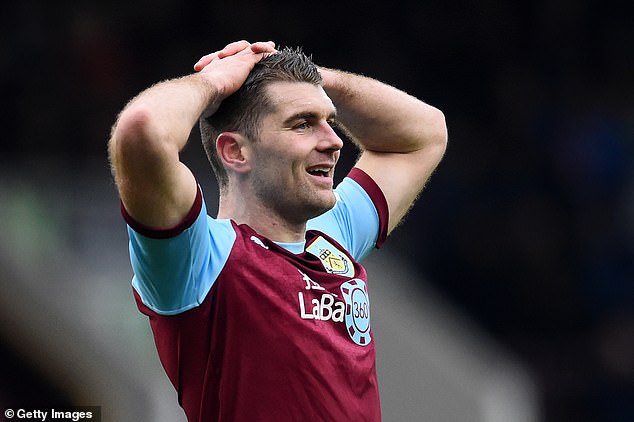 Burnley maintain they want £9m for Stoke target Sam Vokes, but want a replacement, too

When asked if he still expects Vokes to be at the club after the transfer window shuts on Thursday night, Burnley boss Dyche told the Lancashire Telegraph: ‘Who knows? I would expect so but we are a business not just a football club. Both have to be in balance.