Rising waiting times and staff shortages have seen public satisfaction with the NHS fall to its lowest level in more than a decade.

The British Social Attitudes survey for 2018 revealed just over half of people – 53 per cent – were ‘very or quite satisfied’ with the NHS last year – a drop of three per cent in 12 months.

Patient satisfaction with GP services are at a record low with difficulties getting appointments and rushed consultations blamed for the worst ratings in 35 years.

The survey, which polled almost 3,000 people in England, Wales and Scotland, showed difficulties in accessing GP or hospital appointments topped the list of concerns, followed by workforce and funding issues.

Most were satisfied with the standard of care once they could access treatment, according to the report compiled by the King’s Fund and Nuffield Trust think-tanks.

Despite the Government’s announcement of an additional £20bn a year for the NHS, almost half of those asked a month later did not feel it was sufficiently resourced.

The findings represent the worst satisfaction levels since 2007, with a ten per cent drop in just two years from 63 per cent in 2016.

The survey was carried out between July and October, after the funding announcement.

Ruth Robertson, of The King’s Fund, said the slumping satisfaction levels were surprising at a time the health service was celebrating a major milestone.

She said: ‘The NHS was celebrating its 70th birthday so there was quite a lot of affectionate coverage of the health service on TV and in the newspapers.

‘Despite all that, we didn’t see this birthday bounce that you might have expected in satisfaction. 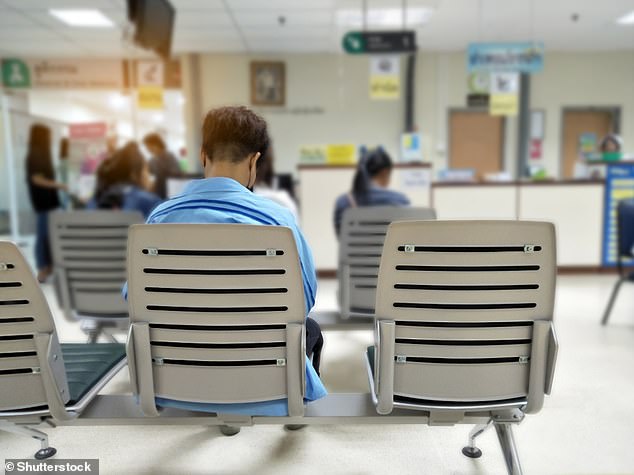 Not impressed: Patient satisfaction with GP services are at a record low with difficulties getting appointments and rushed consultations blamed for the worst ratings in 35 years

‘Two of the factors that people are telling us are big drivers of their dissatisfaction – waiting times and a lack of staff – are things that aren’t actually addressed in the long-term plan.

‘We are waiting for the workforce strategy to come out to deal with the crisis we’ve got around workforce, and a review of waiting times as well. In the short term at least, the promise of more money doesn’t appear to buy satisfaction.

The annual snapshot showed almost 1 in 3 people (30 per cent) felt dissatisfied with the NHS.

The main reasons people gave for being dissatisfied with the NHS overall were long waits for GP and hospital appointments (53 per cent), not enough staff (52 per cent), a lack of funding (49 per cent) and money being wasted (33 per cent).

Yet rising numbers of people also said quality of care was good (71 per cent), with scores higher among those who had recently undergone treatment.

A record seven in ten (70 per cent) were satisfied with outpatient services and almost two-thirds (63 per cent) for inpatient care, the highest since 1993.

Just over half of people (53 per cent) were satisfied with A&E performance, similar to in previous years. 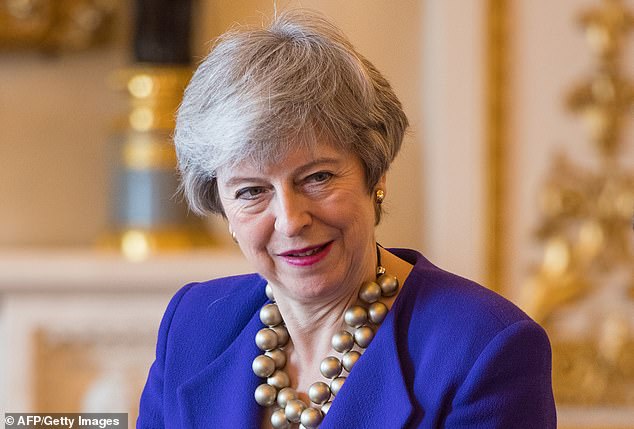 Grave concern: Despite the Government’s announcement of an additional £20bn a year for the NHS, almost half of those asked a month later did not feel it was sufficiently resourced

Overall satisfaction was higher in people aged 65 and over at 61 per cent – 10 per cent higher than compared to those under 65, while 58 per cent of Tory supporters reported being satisfied with NHS services, compared to 51 per cent of Labour.

Only 26 per cent of those asked were satisfied with social care provision, although 40 per cent were either indifferent or ‘didn’t know’.

HOW BAD IS THE NURSING CRISIS?

The shortage of NHS staff in England is continuing to worsen, official figures show.

Figures published by the regulator, NHS Improvement, for the April to June period showed that 11.8% of nurse posts were not filled – a shortage of nearly 42,000.

According to Health Education England, around 33,000 of these positions are filled temporarily by agency staff – an unwelcome extra expense for local NHS trusts.

A report by three leading health sector think-tanks estimates that if demand rises as predicted, the NHS will need 250,000 additional staff by 2030.

But if skilled workers cannot be attracted from abroad the shortage could reach 350,000 – roughly a quarter of the 1.2million workforce.

Of those quitting, more than half are under 40, with many citing stress and rising workloads for being behind their decision to leave.

In January the Royal College of Nursing warned the NHS was ‘haemorrhaging nurses’, as around 3,000 more nurses quit their jobs than started new ones in 2017.

The worsening picture for primary care continued with almost a quarter of respondents (24 per cent) reporting they were dissatisfied with their GP service – double the level in 2009.

Professor John Appleby, chief economist at The Nuffield Trust, said: ‘Satisfaction with general practice – historically the service people were most satisfied with – has been falling for the past decade and is now at its lowest since the BSA survey began over 30 years ago.

‘This may reflect continued strain on general practice, with mounting workloads and staff shortages and the evidence shows that people are finding it harder to get appointments than before. The NHS long-term plan expects even more of general practice – these problems will need to be addressed quickly if that vision is to be made possible.’ The Royal College of GPs said ‘intense resource and workforce pressures’ meant many people were waiting too long to see their GP.

Professor Helen Stokes-Lampard, chairman of the RCGP said: ‘The NHS long-term plan has aspirations that will be good for patients – but we will need the workforce to deliver it. There is some great work ongoing to increase recruitment into general practice, and we now have more GPs in training than ever before – but when more family doctors are leaving the profession than entering it we are fighting a losing battle.’

Niall Dickson, chief executive of the NHS Confederation, which represents organisations across the health sector, said: ‘These findings show the inevitable consequence of starving the NHS of funding for the best part of a decade.

‘We should be under no illusions about the scale of the task we face to restore public confidence in the health service.’

Paralysed man types using the power of his thoughts in brain...